Moldovan producer Andrew Rayel is one of the pioneers of Trance, and has been pushing the boundaries of the genre for over 5 years.

His debut album “Find Your Harmony” was released over 2 years ago, leaving fans in great anticipation of his sophomore album.

We sat down with Andrew Rayel for his interview with DJ Co1 at Las Vegas’ 98.5 KLUC radio station to discuss his new album and upcoming plans for 2016.

He told us that he and his team were finally able to establish a set date for the album. He cancelled all of his shows in September, excluding Electric Zoo, to apply finishing touches to it. While stopping touring is difficult for a DJ, it will be refreshing for him to sit down and solely focus on his body of work, and have the time to see family and friends.

We also spoke about how he breaks down his set for festivals. A lot of preparation goes into these sets as he begins to think about them months in advance. Knowing what tracks to play for a specific festival, creating new mashups, and finding new music are an integral part of cultivating a unique trance experience.

In addition, he works with his video and lighting team to ensure top quality production.

Listen to “All Systems Down” released on Armada below:

This new album will represent a transition in Andrew Rayel’s live shows, moving on from his “Find Your Harmony” tour.

While his shows and DJ sets will always be trance oriented, fans can expect a revamped live experience with new music, new visuals, new production and much more. Each show is a carefully crafted masterpiece that is high-energy, evokes emotion, and somehow makes you dance and cry at the same time.

His future tracks will showcase a combination of new sounds mixed with a classic trance sound that fans have come to love.

When asked to describe his sound he states that it will always be a fusion of energy and emotion. 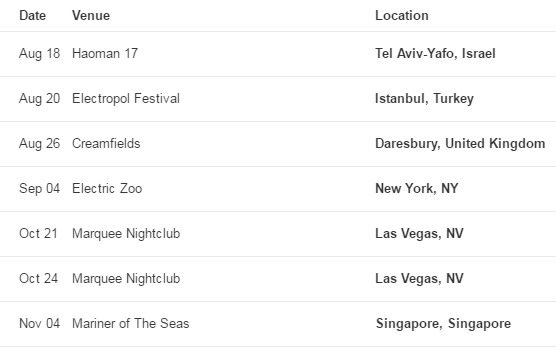 Special thanks to DJ Co1 and KLUC Radio Las Vegas for the Andrew Rayel Interview.