An Inspiring Interview with Skyler Madison for Growing Artists

Skyler Madison is a talented, up-and-coming Los Angeles DJ, orginially from Miami. With a unique style, electrifying stage presence and awesome ability to read a room she is a young DJ worth checking out.

After her set at Papas and Beer in Rosarito, Mexico she was nice enough to chat with us.

Plug into her Club Sessions Vol 3. as you read out exclusive interview: 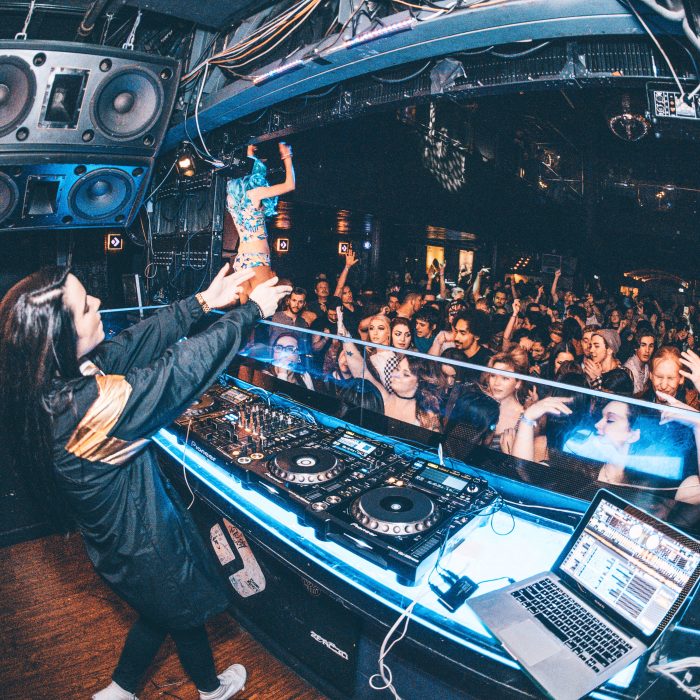 How did you get your start as a DJ?

I initially began DJing about seven and a half years ago. I was really inspired by the overall art and craft of what DJ/Producers really did and just what electronic dance music really represented in general before it really blew up to be what it is today. I’d say it all began back in my senior year of high school and always being that designated friend to make mixed CDs for all my friends based on how unique my music selection was. Then later led to finally being exposed to the underground rave culture scene that my friends and I would always secretly attend back in the day, which all led up to the inspiration of where I’m at now between DJing and producing.

So you would spin at parties in high school?

I never actually DJed at house parties or anything like that surprisingly…I was honestly way too shy for that and not as confident in my ability nonetheless did I have legitimate equipment yet. I actually downloaded a mixing software on the computer way back when and gradually taught myself that way before committing to buying all the equipment to really get started. I was also always semi introverted and being in front of large crowds of people or being in the spotlight used to actually give me anxiety until I eventually got over that feeling and owned it.

I’ve always known I definitely wanted to be involved in the music scene one way or another since I was 14 (haha at that time I’m pretty sure I wanted to be in a band) but by the time I was 17 I was lucky enough to really find a passion and dream I set out to follow, which I continuously never stopped chasing which so happened to be within the electronic dance music community and perfecting my craft in the DJ world.

Once you found this community did you start going to raves right away?

Even though I was underage, I still managed to find my way into nightclubs and at 18 when I landed my first official gig in a club and it just snowballed from that point on. I practiced for hours and hours, started gaining more confidence in front of crowds, and eventually got to a point of being pretty good to where I started turning heads in the DJ community where I first started which was back in Fort Lauderdale/Miami as being on the youngest and one of the only female DJs in my city. (which was pretty cool back at the time!) It felt really accomplishing!

Before becoming a DJ did you have a background in music, or did you just dive right into the EDM scene?

As far as the EDM scene goes… I definitely just dived right into it without any proper musical background. Everything I know was 100% self-taught or a trial/error type of ordeal. When I was younger I’d mess with the guitar and piano from time to time, but I was far from a master at either. Like I said earlier, I was just an amateur and ended up downloading a free mixing software off the internet and would just learn how to transition, mix in key, and beat match all by ear just from the constant repetition and making my own mixes for fun or for friends… then shortly after I committed hard to just buying all the proper equipment I needed and made it my life and here I am now. 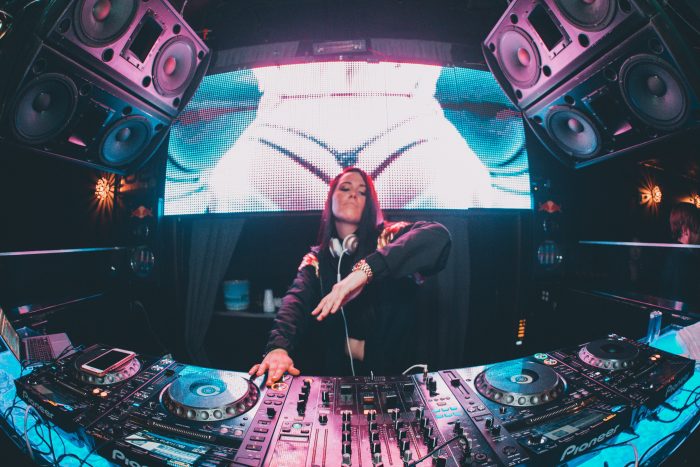 Not a bad place to be.

Not at all! I’m super grateful and humbled to be where I’m at.

Have you ever been to Mexico before?

This is actually my first time here and I’ve been having such an amazing time! The spring breakers are wild here (haha) but the energy is great, and the crowds been fun!

Have you noticed any difference between Mexican & American fans on spring break?

It’s really hard to tell from my standpoint of just facing a crowd of thousands of people because, it’s just a mix of all different types of people that are so full of energy and are all out here for the same reason, which is just getting away from their everyday life and trying to have the best time possible.  As far as fans go I think it’s definitely a mix between both, but a majority is definitely American fans here from all over just enjoying their spring break and raging their faces off.

I mean, that’s what’s important. Before music what was the worst job you ever had?

Damn, haha oh man… this is going to be pretty embarrassing but if I’m going to be brutally honest I’ve had a variety of pretty interesting/ borderline shitty jobs before music. I actually ended up pre-dropping out of college after graduating high school because, I knew what I wanted, which was obviously DJing/music production at an early age, so I did everything I could possibly do to hustle and make it happen.

I’ve done everything from working at a Froyo place, I delivered pizza’s in high school, I was a coffee barista, I was a shot girl at once point and I was a part time cake decorator that also had to wash dishes… I’ve had SO many jobs, but I did whatever I could to work multiple jobs for a temporary time period to make all the money I could to invest in all my gear from my laptop, monitors, software, midi’s, mixer, CDJs etc… so the literal term “starting from the bottom now I’m here,” has never applied to me. (haha) 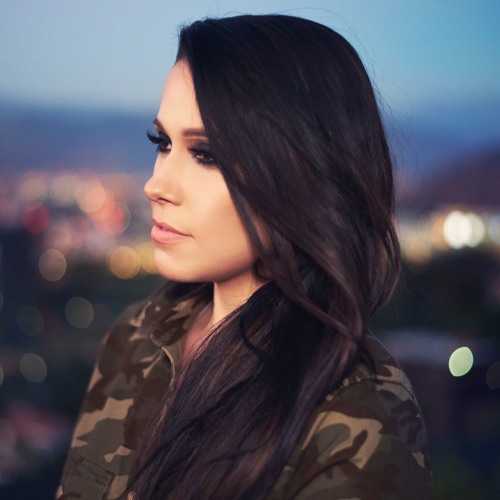 Working a rough job will inspire you to follow your dreams…

I think that applies to anyone. Granted I was one of the lucky ones who knew exactly what they wanted to do with their life at a fairly young age where most people are still trying to figure it out until they’re around 30. Working some of the shittier jobs I’ve had in the past definitely did want to make me push myself so much harder for the goals and life I knew I wanted for myself. I knew I could never settle or be happy leading a life with routine or working a 9-5, so I did whatever it took and committed to the risk of perfecting my craft, so I could make a living off of what I was most passionate about and here I am now, talking to you guys about it! It’s a trip!

Are you sticking around for Little Pump? And if so what’s your favorite Little Pump song?

Yes, I’ll be sticking around to see what all the hype is about. I feel like it’s only right since he’s headlining the party. I’m looking forward to seeing what he’s about. His shows look wild and he’s successful and doing his thing, so good for him. I guess it would be cliché, but “Gucci Gang” and “Boss” would be my favorite tunes by him.

I agree, I mean Lil’ Pump is Lil Pump.

True that! His songs are very catchy.

As far as my fans go, I just want to say that I have a ton of new projects in the works between a new producer alias know as, “Aurora” that I’ll be dropping a bunch of new music under…It’ll be very trappy and future bass sounding, and the branding is pretty dark and cool, so I’m excited to bring that to the tables very soon to you guys!

I’m also launching a new tour vlog series called, “Catching Flights Not Feelings” and thats basically going to illustrate what goes on behind the scenes of what I do on the road and my day to day life, so that’ll be fun to share with you guys also! Other than that I just plan on grinding as much as I can to put out all the new tunes I’ve been waiting to release and traveling to as many new cities and countries as possible! Thank you guys so much for all the support and I wouldn’t be here without any of you.

Thank you Skyler for taking a minute to talk with us, this interview was very inspiring and we look forward to seeing what you drop next.