An Inside Look at Outside Lands 2019

All
By Scott Wahlberg

Outside Lands has become a staple in the festival season. The festival makes for a great way for out-of-towners and locals alike to immerse themselves in the San Francisco culture that there are so many songs about. If you are going to San Francisco make sure to hit Outside Lands with a flower in your hair, and take a look how to dress for the festival here.

Arriving at the festival feels like taking a locals tour of San Francisco. You’re not going to see the tourist traps, you twist and turn through the actual city. Rolling up to Golden Gate park the whole festival is hidden in the hills and trees. You can hear it but you’re not sure where it is.

Then you walk through security into a city all of its own.

The weather wasn’t bad I mean, it’s San Francisco. Perfect climate for Karl (the nickname for the fog) that rolled in early and didn’t leave, he (or she) was just hopping along to all the drops.

The venue is absolutely huge. It almost felt like several different venues in one. The hills make for a natural divider to separate the stages. This makes every stage feel like it’s own experience. Outside Lands isn’t just a music festival, it’s just as much a showcase of local Bay area food and beverages. The food options were as extensive as the music.

My favorite was probably the pizza from Mozzeria which is a San Francisco restaurant owned and operated by deaf people. Heading on over to Beerland, the craft beer culture in the Bay Area was on full display. Wineland also put showed how extensive the northern California wine industry is, if you’re into that sort of thing (no, they weren’t serving bags of wine) which was a big miss, but maybe next year…

One of the major highlights of Friday was seeing Bay Area rapper P-Lo at the main stage.

Incase you needed a reminder of that P-Lo set…

Posted by Outside Lands Music Festival on Wednesday, August 14, 2019

While the big-name artists are fun to see it’s great to support local artists like P-Lo. A little later in the day, I made my way to the Lil Wayne set. There was no way I was going to miss a set by someone I have been a fan of for so long and he did not disappoint. All those years in the game really showed in his great performance and huge stage presence.

Saturday had its a share of solid sets, but Flume was a definite stand out. Following that, I ended the night at the absolutely steller RL Grimes set. There is a reason he has been in the scene for so long and why he plays all around the world.

Sunday was warm. Unusually so. A highlight of the day for me was seeing Denzel Curry. The Miami rapper is someone I have wanted to see for a long time and he really was a treat. His huge stage presence and energetic crowd engagement was electrifying.

Sheck Wes was also always a weekend favorite. As the night was coming to an end we were left with a very hard decision. Which headliner do we see? I decided to see Kygo and I was not disappointed. The songs, the lights, the acoustics, the vibes and the strangely warm night all came together to culminate the weekend just right.

Enjoy the sounds from the Outside Lands 2019 lineup as you continue our photo tour. 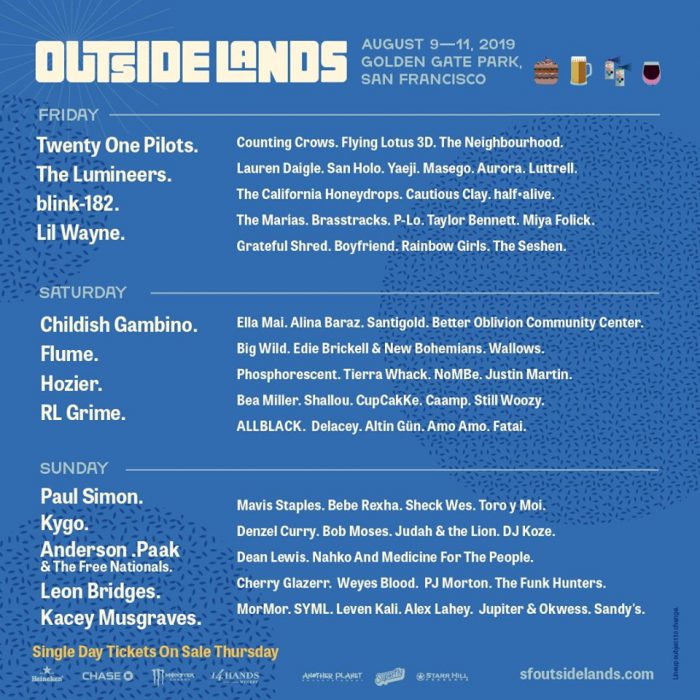 Interview with Greek DJ, DSF, for All Day I Dream Debut

Coming from Athens, Greece is a new pen pal and one stupendous DJ and producer known as DSF. DSF has…