An Exclusive Look Within the World of Life Is Beautiful 2019

It has come to a conclusion, Life Is Beautiful 2019 is a well designed depiction of heaven on earth. Within the confines of the Las Vegas music festival, 195,000 party-goers gathered to absorb a culture built on tasteful sound waves, belly-happy food, and activating art installations presented by Meow Wolf and many other artists.

Some of the best talent in modern entertainment were hands-on in the making of the 2019 festivity. YouTube influencers, movie stars, and Grammy-winning artists were neighbors in crowds filled with the most inspired.

LIB is not a filtered photo of how you wish life looked, it is an opportunity to view life for how it really is- beautiful.

For all the ravers living their most adorned lives, the Freemont stage would be the staple site. DJs and EDM enthusiasts such as Whethan, Phantoms, Oliver Heldens, and Lost Kings performed. @Whethan, kind of sour you didn’t bring the cowboy Mason Ramey on stage for an epic collaboration, but it’s fine, we’re fine. But man that would have been sweet… Eitherway, similar to years past, the layout of the event consisted of three main, distinct stages: Bacardi, Freemont, and Downtown.

Other stages such as Downtown and Bacardi held lineups consisted of Post Malone, Billie Ellish, Toto, and A R I Z O N A. Post Malone literally magnetized every single person to his Sunday night set. That’s when VIP views really reached the pedestal. Although we desperately wish Avicii was there to collaborate with A R I Z O N A on their shared song ‘Hold the Line’, we’re elated to hear the announcement of album #2, ‘Asylum‘, coming soon!

Once again, food trucks such as Cousin’s Maine Lobster won our bellies. Marbled sleeve tattoos were one of the many cool features worthy of standing in line. The official Life Is Beautiful 2019 t-shirt merch was cool, but the LIB blanket is a mood.

During LIB I realized, surround yourselves with people who only have 4 dollars in their fanny pack, but will still buy you a water. Keep singing along to lyrics that are empowerment-sought or merely catchy. Most importantly, be that person who takes the positive vibes from a good weekend and radiates them to the rest of the world. Stay tuned for our exclusive interviews from the festival with JAUZ, Phantoms and Lost Kings. 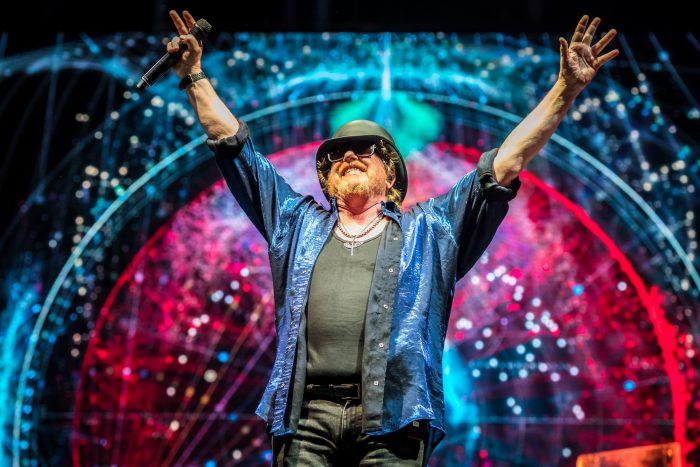