A Review of Gramatik at Red Rocks: ‘EDM’s Game Changer’ 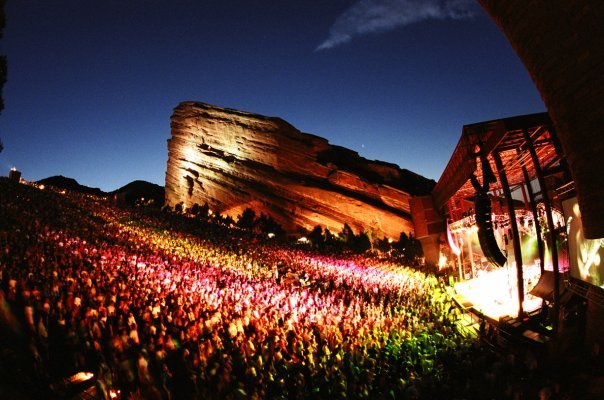 Every time I make my way out to Denver there are good times to be had. The scenery and the attitude of the people in Colorado make it impossible to have a bad time.

On this particular Denver journey, the mission was a sold out Gramatik show at Red Rocks Amphitheater.

After traveling around this land just a bit I’ve determined Red Rocks might be the most scenic, beautiful and historic venue to experience music.

Prior journeys to Red Rocks included The Avett Brothers and two nights of local legend Derek Vincent Smith, aka Pretty Lights. At each show, mind blown.

Now, being back at Red Rocks to experience Gramatik was something we knew would be epic, but weren’t sure to what level. Just a few weeks earlier we found ourselves exploring Ultra Music Festival in Miami during the daytime and we hit up the live stage to see Gramatik & Gibbz – which ended up being one of our favorite shows of the festival.

The vibe was ideal at Red Rocks that night; warm but cool, views of granduer, general niceness in all directions. You could tell that the people in the crowd were a special few, they didn’t just stumble upon this Gramatik show. This wasn’t people going to Red Rocks just to party. Everyone knew the goodness they were about to enjoy and it radiated.

What occurred over the next 2 hours was nothing short of glorious.

I can only describe the music as a funky, electronic Grateful Dead style dance party. We saw appearances from GRiZ, Branx, Exmag, Russ Liquid, Illumntr, Big Gigantic, Gibbz and a series of live instruments that was a delightful addition to what was already so funky and glorious. It was akin to the feeling I get seeing Pretty Lights at Red Rocks, it was pretty much home for me.

As  I roamed Denver earlier that day, a copy of The Rooster came across my path where Gramatik was referred to as “EDM’s game changer” and I couldn’t help but agree. 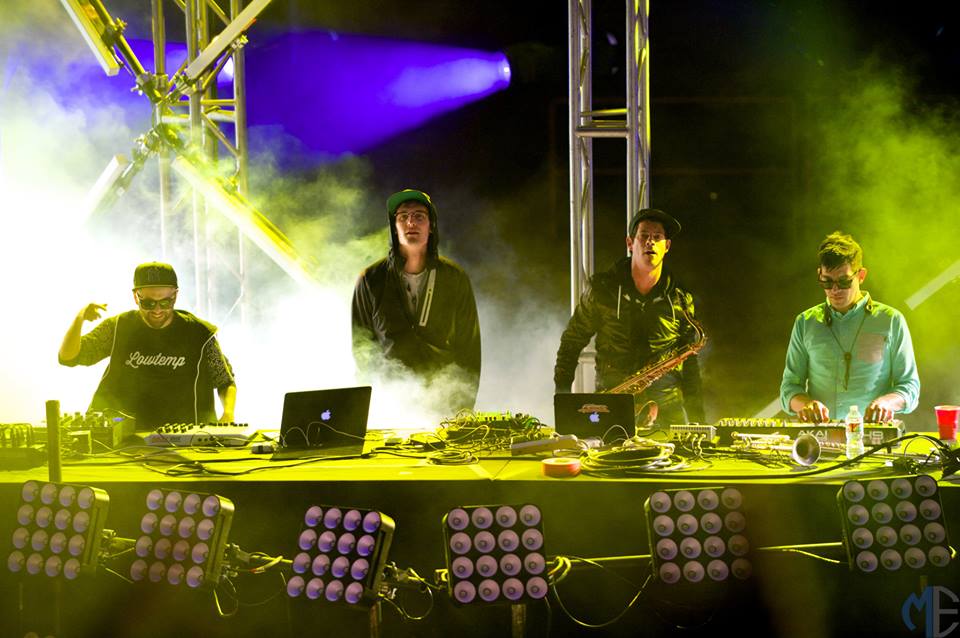 Gramatik threw down in a way many others simply don’t. Live instruments, beautiful vocals, incredible scenery, high energy funkiness and electronic goodness at all moments. At the end of what seemed like every song you couldn’t help but think “damn… they just threw down”. The effort showed and payed off. Even Gramatik would hop on the mic at times and “ohhh shit” with amazement at what they had just done.

The Rooster did such a great job profiling Gramatik and the show that I need to quote it:

Although Gramatik was formerly signed to Pretty Lights Music, he started Lowtemp to fulfill a lifelong dream. Leaving the Pretty Lights Music label was a big step in his career, but the relationship between the two remains strong. In a press release, he commended Pretty Lights for helping him reach his goal faster. “I’m launching my own label because that is something I always wanted to do, and I think it’s something that every artist eventually wants, to be fully independent and have complete creative and executive control of their own artistry,” he said. “It’s a natural step forward. Pretty Lights Music is family for life, but the time has come for me to do my own thing.”

Gramatik, on the other hand, chose another route, carefully fusing together sounds from genres you wouldn’t normally expect: hip hop, jazz, blues, rock, funk, soul, etc. “I love hip-hop, funk, soul, jazz, blues and some of EDM genres,” he said. “I try to mix the genres I like into a new genre. I don’t like my music to be called just one thing. That’s why I constantly try to develop new genres within the music. With the new album, I stepped away from sampling, and I’ve incorporated live instruments played by my friends.”

Through the wonder of Pandora I had discovered and been a Gramatik fan for years, but now in the matter of a few weeks I’d been cemented as a fan for life.

Two great experiences and many more to come. Kudos to Lettuce, Gramatik, Branx, GRiZ, Russ Liquid, Illumntr, Big Gigantic, Exmag and Gibbz for doing work in a major way that night at Red Rocks, excited to see all of your music continue to spread far and wide and I look forward to continuing to experience your music.

I’ll leave you with The Rooster’s explanation of Gramatik’s sound:

Fusing together sounds from what seems like every genre, Gramatik can’t be classified as just another EDM producer; it wouldn’t be fair. Sounds that range from pop- house to dubstep with an in-your-face tone that highlights dramatic bass drops more than anything else saturate EDM’s past decade.  – Read More

Our in-crowd experience at the Red Rocks Show. The video quality is pretty dismal, but you get the picture. It was late. Mountain. Raging. Dancing. Whatever.

Check out these killer photos from the show: https://goo.gl/9EUinW

Get it, Gramatik. We’re digging it.