With a lineup that featured over 100 unique artists from every realm of music,  III Points solidified itself as a necessary destination for people who are welcoming to all walks of life. While there were big names on the bill, III Points caters to underground fans of electronic music, hip-hop and rap.  When these worlds of music came together at III Points 2019, the vibe was unparalleled. 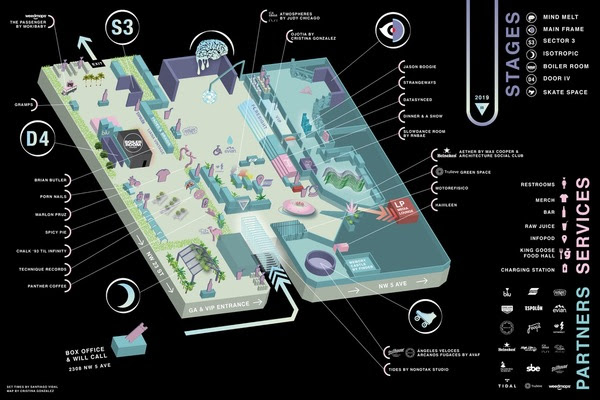 All three days of III Points began at 5 in the evening and continued until 5 in the morning. The biggest surge in the audience occurred around 11 while the main headliners took the stage. The highlight for thatDrop was the Boiler Room stage which was streamed live and included some of the hottest house and techno artists from around the globe.

Flooring sets were served up by Honey Dijon, Ghostface Killah and Raekwon.

The highlights from the first day included Tyler, The Creator with a guest spot from A$AP Rocky, Beach House, Virtual Self, Toro Y Moi, Jacques Greene and Honey Dijon at the Isotropic stage and many more.

Day two featured performances from the likes of SZA, Herbie Hancock, Raekwon and Ghostface, Kelsey Lu and even a DJ set from LCD Soundsystem’s James Murphy.

With this year’s exceptional showing and growth we look forward to big things for the next III Points Music Festival 2020.

Goldenvoice brings us Splash House 2019, this summer with two scheduled weekends in Palm Springs. On June 7-9 and…