What Does a Ghost Producer Do?

In some cases, it may seem that ghost producers are very similar to the classic producer. This line is thin, but it’s there. Often ghost producers will write separate instrument parts for artists or create a full song with vocals. But in the end, they only get paid for the work they do, and they can’t count on any other payments. 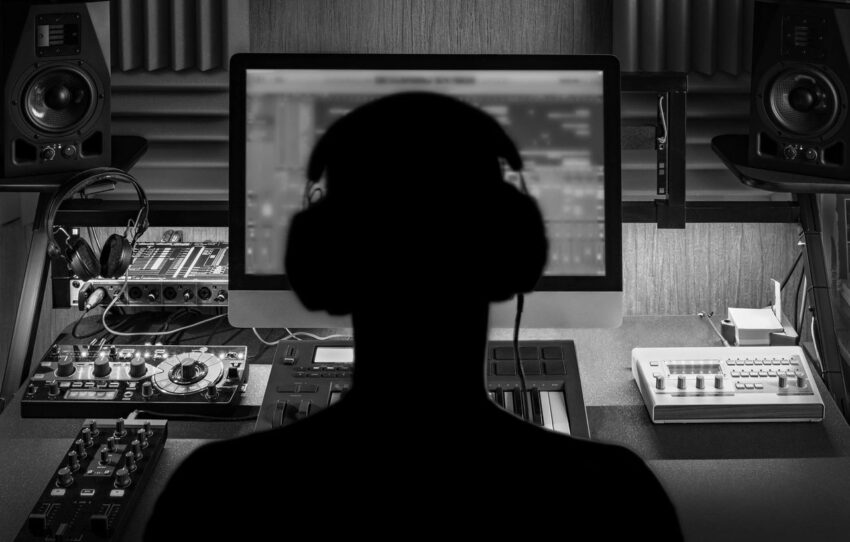 Another feature of this type of producer is that once they have created a track, handed it over to the client and received payment for their work, the copyright is assigned to the client. In the end, the track will have its own name and will be aired under the name of the artist for whom the track was created.

The services of ghost producers are now in high demand. At the same time, electronic music genres are at the top of the list. In addition to being in demand, ghost producing is often perceived as the wrong approach to track creation.

What is the reason for this attitude toward ghost producing?

The conventional wisdom is that a songwriter should get all the honors and you can only earn that right if you’ve created something yourself. That is art. But we shouldn’t forget that today music is also a business that needs to be developed, scaled and made more efficient. That is why in many cases it is more profitable to use the services of a ghost producer.

Why is authenticity so valuable? Art has become commercial in a lot of ways, and a lot of people feel that way. When music is written from the heart and not for sale, you can feel it. A good example is paintings. If you consider an original that was painted directly by a famous artist and a copy that was made by an ordinary artist that few people know about, no matter how accurate a copy of a painting is, an authentic work by a famous artist will have a higher value.

Two variations of ghost producers’ collaboration can be distinguished. In the first case, the producer works entirely on the track, and in the second, he takes a partial part along with the rest of the team of specialists.

Two-thirds of DJs in a 2015 survey said they supported the idea of collaborating with ghost producers. Morally, people often think that buying a finished track and calling it “your own” is far worse than just hiring a specialist to do the mixing for you or record some instrument.

What does a DJ or artist need a ghost producer for?

More often than not, an artist hires a ghost producer when they just don’t have enough time, or need specific skills and experience. When a DJ or artist constantly wants to grow, they have needs on another level and they don’t always have the right knowledge themselves, so they need help from another professional.

If the artist is already well-known, he has a lot of performances, a lot of tasks, he simply does not have time physically to do all the necessary work, which is most often a chore. This is where a ghost producer can come to the rescue, who can devote enough time to mixing the music or doing tasks such as editing the material and organizing it.

There is a case where a budding artist has a track that has become popular, and in order not to lose that wave, you need to create a few more tracks quickly at the same level. While a popular track is being discussed, you need to seize the moment. The artist hires several ghost producers to speed up the process and release the tracks quickly and continue the wave of the first hit.

An artist or DJ can be very talented, famous and popular, but he can’t play all the instruments. If he has an idea for a song and needs harp skills to bring it to life, the artist will most likely have to hire someone who is proficient with the instrument.

The same can be said for voice recording. There are different types of vocals, range, etc. Even if the artist sings at their own shows, they may need backup singers or need to sing a duet with another person.

A ghost producer most often remains an anonymous participant in the track creation process. In addition, the artists themselves usually do not indicate that another person was used to create a particular track.

Moreover, some ghost producers worked for other people’s projects in order to be able to sponsor their own creativity and develop their own music project.

In most cases, a ghost producer is hired by DJs. This is a common service in the electronic scene. DJs are busy with gigs, radio shows, mixes, and other things. While the artist is busy, “ghost” create music for them. It’s part of marketing and growing in popularity for the DJ.

Ghost producing – whether it’s good or bad depends on how the opportunity is used. If a DJ or artist is presented as a product, and a track written by a ghost producer as part of that product – then overall, it can only make that product (the artist/DJ) better.

Bottom line – everyone is engaged in their own craft. The artist performs and broadcasts the energy from the stage, while the ghost producer creates a track through which the artist can deliver the emotion to the listener.

If you are just the kind of artist or DJ who needs a tool in the form of a modern and quality created track to accelerate the growth of your career and regularly delight your fans, go to our catalog of ready-made tracks. After you buy a track you’ll get full commercial rights to it and can use it for any personal purpose, whether it’s sending it to a label for publishing, or for performances or live shows and performances.

Perhaps you’re just making music? Then for ghost-producers, we also have an offer for additional or main income. Join in!