Blog, Headline May 14, 2019 • by Bobby Lally
SHARETWEET
Von has been developing under the wing of the legendary Death Row Records and Ruthless Records artist, Rhythm D. While Von was working with Sativa Beats in Rhythm D’s studio in Atlanta, a new partnership was born. Since then, Von has released a couple tracks that showcase his Baton Rouge background, Cali love and Rhythm D´s mitus touch as a mixer.

Most recently, Von released ‘Floatin’ that holds a smooth beat with a heavy bassline that will make you drift away, every single time.

Von Says, “The song Floatin’ is sensational to the ears just as much as marijuana is pleasurable to the mind and body. The beat by Rhythm D instantly puts you in a trance to take my lyrics to a another atmosphere, which will have you mesmerized and Floatin High!!”
Rhythm D on ‘Floatin’:

Marijuana has been at the forefront of the music culture since the 60s and 70s and started getting more exploited in the early 90s with the rise of Gangster Rap. I figured due to the fact that I was the first producer to blow smoke out in the beginning of the video “Real Muthaphukkin’ G’s “ by Eazy E, I felt it was time to make a beat that gives the user a since of euphoria when listening. Once I finished the beat I gave it to Von and he knew just where to take it lyrically, hence the creation of “Floatin “sort of a users guide to Von’s personal smoking experience.

Prior to ‘Floatin´, Von teamed up with Lamont Holt for a club-ready, Trap Hop banger, ‘Who Is He’.

Produced by Rhythm D, ‘Who Is He’ is out on all digital platforms and features skateboarder, artist and YouTube star Lamont Holt. Early supporters include BET and Music Choice, the video is spinning on BET Jams ‘Fresh Faces’ and Music Choice’s Hip Hop Channel.

Trap Hop is a genre that I’ve been incorporating in my production since 2009. It is as creative as you can get when it comes to sound design and music manipulation frequencies. Since the early days of Trip Hop with artists like Portishead, who introduced a more intelligent vibe to the hip hop art form, fusing detuned organs and samples with Boom Bap drums and dark horns, it is a sound that makes the beat behind the rappers or singers more EMO with an EDM feel. There is a lot of fusion in Von’s music that will be heard with production from myself and Midwest Bangaz, who are the team Sativa Beats and Foolish.

Von (né VonDrake Shiquell Guillory) was born in Baton Rouge, Louisiana. He says, “Baton Rouge is a tough place to grow up, trouble can come from any direction because of the mentality of the people in the city, it’s gangsta and ambitious!” His track’s grittiness reflect the city he grew up in, but you will catch that laid back Cali feel through the artists that inspired him most like Tupac, Snoop Dogg, Ice Cube and of course Death Row Records Founder, Eazy E.

Von has been on the Orange Crush tour with recording artist “Dae Dae”, played SxSW and the Purple Lean Tour. He entered the scene with his debut single “Breathe” (Produced by Sativa Beats) opened up ears and eyes for a new face and style, right out of Baton Rouge, Louisiana — “‘Baton Rich’ is what I call it,” says Von.

Rhythm D’s hard work and determination paid off in 1992 with his first hit record with artist known as “Paperboy” with a song called “Ditty”, which earned him a Grammy nomination for best solo artist. 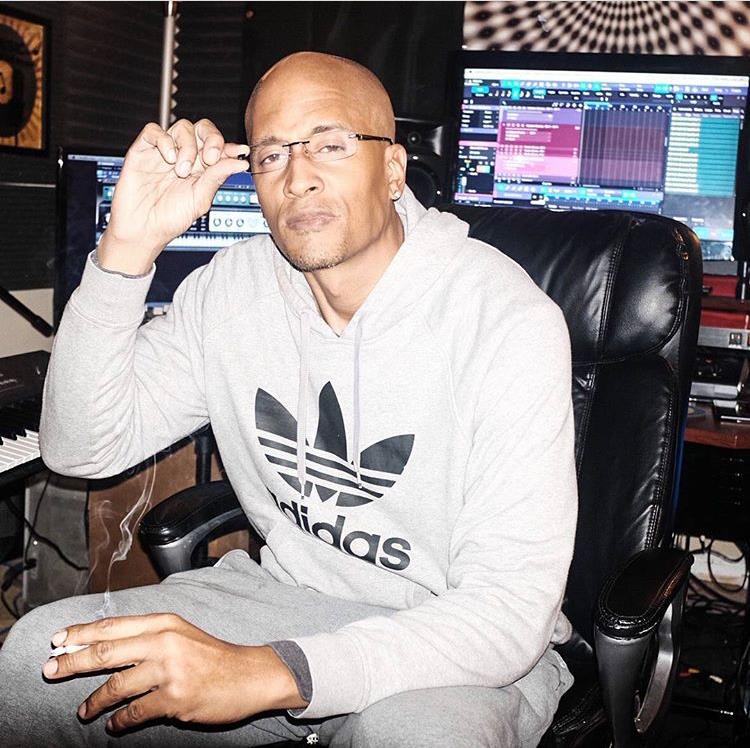 In that same year gangster rap was on the rise and while being with Death Row Records and hanging out with then mentor Suge Knight, he landed his second placement on the “Deep Cover” soundtrack on a song called “Down With My Nigga” which was co-written by Snoop Dogg.

Later down the road,  Eazy E signed Rhythm D to Ruthless Records on an exclusive producer deal. While signed to Ruthless Records, Rhythm D produced one of biggest diss records titled “Real Muthafuckin G’s” for Eazy E that went 4x platinum. In 2008 Rhythm D moved to Atlanta. He is now working on his first solo album titled “Hybrid Fusion Music”, which places him in a new category where the beat speaks for the artist. Rhythm D is working with the artists Billie Jeanz, Von, and Lamont Holt, as well as production teams Midwest Bangaz and Relik.

Von plans to release a series of singles this year leading into his debut EP expected summer 2019. Keep up with his latest by following him on his social media handles linked below.