With their latest single and official video spreading like wildfire, we took some time to grab a few words with the mighty bounce duo Vigiland. They speak all things musical, including what else is in the pipeline.

Tell us about yourself, and where the name Vigiland came from.

We just sent some random names to each other through Skype, and then Otto started to explain about a new TV series that was called Arrow. There was a character in there called Vigilante, so that’s basically where the name comes from.

“Pong Dance” is an interesting and unique track, pulling together folk and EDM in such a way that is really memorable and catchy. Tell us more about what made you experiment in this way?

We wanted to mix country vibes with a Vigiland touch, and also to tell a pretty fun story. We think the result speaks for itself! Lastly, we love to make catchy melodies with crazy drops.

We haven’t done anny US tours yet. But the music scene wasn’t that big in the beginning of our career, no one had heard about the “Melbourne Bounce” scene in Sweden two years ago. We were pretty unique because no one here played this kind of music at the clubs. I would say we took it to the next level. 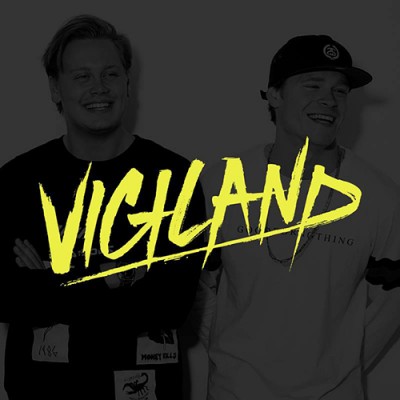 You guys seem to be having fun at your live shows – what’s your motivation to keep doing what you’re doing?

Haha yeah! Lots of fun! We would say the response we get from the audience keeps pushing us forward.

Any dream collaborations in the works?

We like to work on our own, but we have big collaborations on the way… just can’t tell more about that yet 😉

We’re excited to hear more about what you have in store for 2016… can you spill the beans?

Hehe, we’ve got two brand new singles that is the best ones we have ever done!