Ultra Europe Reveals A Lineup For Your Bucket List

Ultra Europe 2019 just put the final touches on the lineup that is without a doubt their biggest to day. Including the Swedish House Mafia, Carl Cox, The Chainsmokers, Marco Carola and Above & Beyond, Split, Croatia is about to go off this July 12th – 14th. The 7th edition of Ultra Europe will be located at Poljud Stadium and launch revelers into an insane week of marvelous events throughout Destination Ultra.

As well as this some of house music’s most esteemed performers have also been welcomed to the fold with Sasha b2b Nic Fanciulli, Art Department, heavy techno hitter Dubfire, as well as a debut performance from Patrice Bäumel.

The next stop along Destination Ultra will be the Regatta Party on the island of Brac, followed by the legendary Ultra Beach Hvar then two installments of RESISTANCE to wrap up the journey July 16th and 17th in Hvar and Vis. For any electronic music enthusiastic this has to be on your bucket list. For now only the Ultra Beach Hvar lineup has been announced, its going to be a melodic paradise. 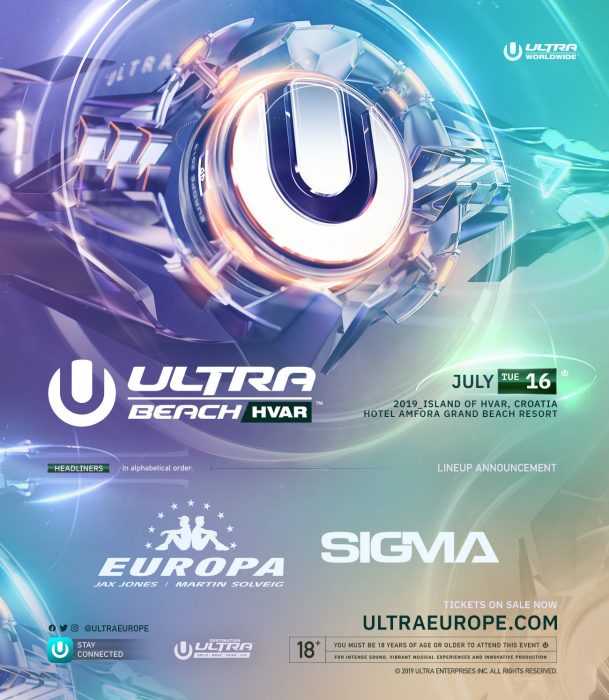 Keep up with the latest announcements and scoop up your passes to this year’s Ultra Europe 2019 and Destination Ultra before you find yourself watching the live stream in your underwear with a box of tissues wishing you were there.