Chicago’s beacon of indietronica and chillwave, Tvvin (Twin) comes out with ‘i’m wondering how you think i’ve been’ with Gerion and soaring vocals by Lorena, Gerion’s twin sister.  With dreamy guitars in multiple sections, the track maintains room for minimal, yet thumpy bass production.  Lorena offers a sad batch of lyrics while offering a feeling of hopefulness and acceptance for the past/present.

Alongside the release we discovered more about Tvvin’s DJ career, project direction, hot spots and revered party brands in Chicago and more during an exclusive interview.

Can you tell us about your very first set ever?  Where were you?  What tracks do you recall playing?  Any learning lessons?

My first set ever was opening for Vanic in Iowa City. I remember playing 20 min of future bass/hip hop then 20 min of bass house. I recorded the set and I go back and listen sometimes. I laugh at some of the transitions because of how wack they were. It was definitely a learning experience.

The main thing I learned from it was that performing is mostly about energy. You have to treat every gig like it’s the Sahara tent at Coachella. If you just stand still the crowd will not feel anything.

What have been some of your favorite moments DJing so far?

Any time I can have my guitar with me, its always a special show for me. I recently played in Salt Lake City for Blaq Void. It was a very intimate show where the crowd was basically pressed up against the decks. I grew up being obsessed with punk shows and the energy of the smaller venues so I always try to recreate that same energy at my gigs and that show, in particular, the crowd/setup was awesome. It was a very DIY type feel which I love. Blaq Void is an incredible show curator.

How would you describe the direction of your project?

I am still growing and learning where I really want to take this project but lately, I am leaning more into the guitar-heavy type tracks. I am trying to fit in as much guitar as I can into my tracks. I would like to have a live show at one point in the future that’s mostly guitar-based. 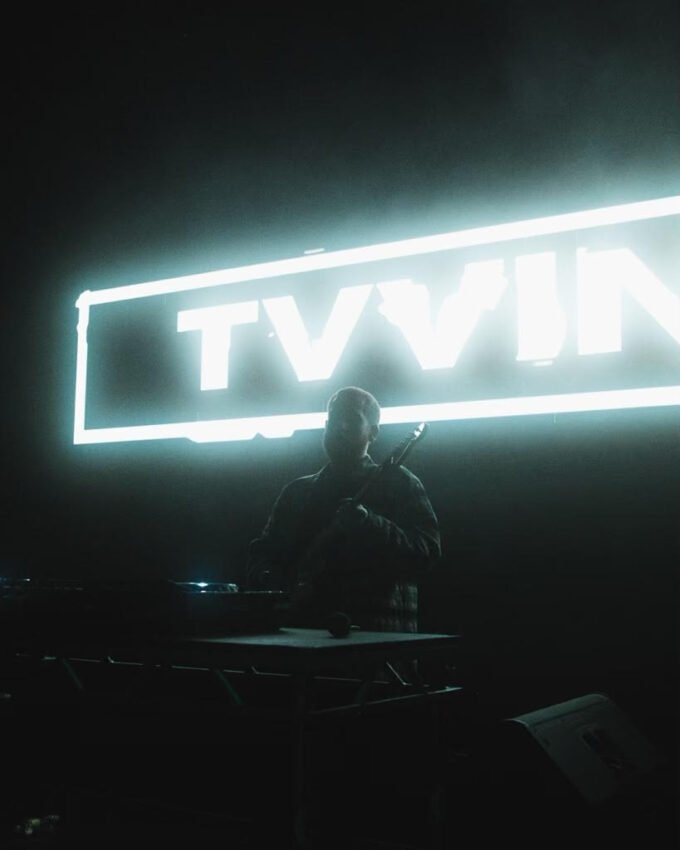 It would be insanely hard to pick 5 tracks because they’re so many great ones right now. Anything Fred Again.. is up to should be noted. Also Odesza’s newer track the ‘Last Goodbye’ uses an LFO technique I feel like a lot of artists have been using lately.

What are some of your favorite events, party brands, or clubs in Chicago?

Neighborhood Sound is without a doubt my favorite party brand in Chicago. Matthew Crance and Nick Errera, the creators, have been curating shows all over Chicago for the past few years. With COVID, it was put on halt but now it is back in full swing. They’ve brought in artists like Sumthin Sumthin, Lyny, UZ, Vindata, Spuke, and Le Youth to name a few. Neighborhood sound truly cares about the artists and takes care of them very well. It’s all about the scene for NS.

In terms of clubs, I recently played Soundbar and it was a blast. They have a great setup. Chop Shop is also an amazing venue in Chicago.

For events, Lollapalooza always does a great job getting up-and-coming artists into Chicago. There are so many festivals this summer that it would be hard to pick one.

Who or what inspired you to start producing music?

I tend to break it down by:

What is one motto or philosophy you like to live by?

Treat every show like it’s the last time you’ll ever get to perform.

What are your plans for the rest of the year?

Currently working on a collab album with some of my favorite artists in the scene. It’ll feature me, levity, Cudos, and Gudfella. I cannot wait for everyone to hear the music we’re working on. Also, working on an EP with Gerion. He and I met during quarantine through Beat Stars. He’s an incredible producer. He and I are working on beats as well as indie electronic-type tracks.

Tacos. I could eat Tacos any day of the week at any time. Taco Lulu in the west loop here in Chicago go crazy.

Flow Music is a record label from the music publication with the same name, and the imprints new release features…