The Story Behind Destructo’s Beloved All My Friends Music Festival

It’s all about FRIENDSHIP baby!

Ever since moving onto this new chapter in his music industry career, Gary Richards has been tirelessly working to amass his new AMF brand. AMF, or All My Friends, seems to be popping up as a common theme for his latest life venture; it all began with the All My Friends Tour. His friendship theme later appeared once again when he dropped news of a brand new cruise ship festival called Friendship. With the immense love and support for HOLY! Ship that he received from the #ShipFam, you know that Friendship is sure to be one hell-of-a trip!

Then earlier this year, Destructo unleashed a new festival unto Los Angeles: the All My Friends Music Festival, brought to you by AMFAMFAMF.

Are you seeing the common theme yet? It’s all about FRIENDSHIP baby! Returning to his stomping grounds in Los Angeles, California, Gary Richards will be hosting what is sure to be another incredible event to add to his music industry conspectuses. All My Friends Music Festival will take place this summer on August 18th and 19th in downtown LA. Tickets to AMF are available HERE.

Tying it into this developed FRIENDSHIP theme, AMF announced the full lineup via parody trailer set to the theme of “Golden Girls”.

Anna Lunoe sings the classic lyrics “thank you for being a friend” while the lineup is revealed over clips of Wax Motif, Chris Lake, Justin Martin, Chris Lorenzo, Deux Twins and Destructo. To really sell you on the event, the second half of the trailer not only reveals the remaining artists on the lineup but delivers the high-energy EDM excitement that you’d expect from a music festival.

Enjoy an episode of AMF Radio as you review the daily lineup for All My Friends Music Festival. 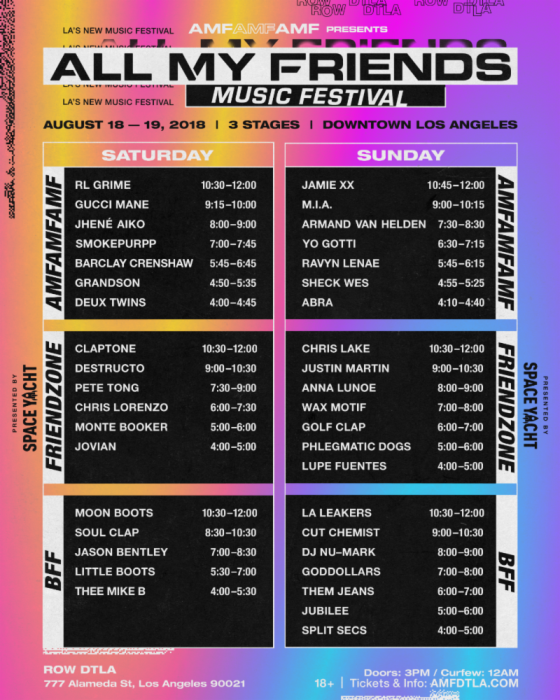 Destructo has been working tirelessly since leaving HARD, building his new empire.

For Gary Richards, the former mastermind of the decade-old Hard Summer music festival, his All My Friends festival will feel much like a homecoming. “I always wanted to be back in downtown,” he said, of the new event slated to take place in the late summer in the booming Arts District of downtown Los Angeles. Compared to the years of Hard Summer Music Fests, which once-upon-a-time was held at the Los Angeles State Historic Park near Chinatown, until more recently in Pomona and Fontana, All My Friends will bring Gary Richards full circle, bringing him right back to where he started.

“This is a city festival, it feels urban. It’s set up for three stages so when you look at all the buildings, it makes for a cool cityscape feel.” -Gary Richards

Only to see it thrust into controversy in its later years, Gary Richards spent a decade building up his old festival production company HARD Events. Luckily the events he produced with HARD garnered Gary quite the reputation for curating festivals.

If you’re going to an event where Richards was in charge of the lineup, you can trust that every act at the event will be rich with talent.

Even though AMFAMFAMF is a new brand, All My Friends had no problem selling event tickets probably because of this reputation he incurred with his highly revered work in the dance music community. After parting ways with mega-promoter Live Nation last year, All My Friends is Gary’s first LA concert under the new promoter in town: LiveStyle. 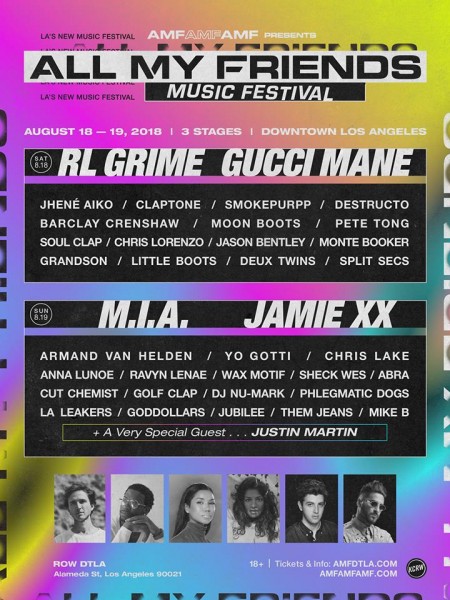