Last month Nomad made a well-reserved debut with ‘Call’, a bass house release that is destined for dancefloor chaos during a Confession takeover. His sophomore release, ‘System’ via 17 Records is a big tech house tune with echoing vocals the fill the room and an innvoative beat. Enpowering people to live outside the system, Nomad, creates a true late-night gem that has garnered support from tastemakers like Baseline’s Top Hits Spotify playlist. 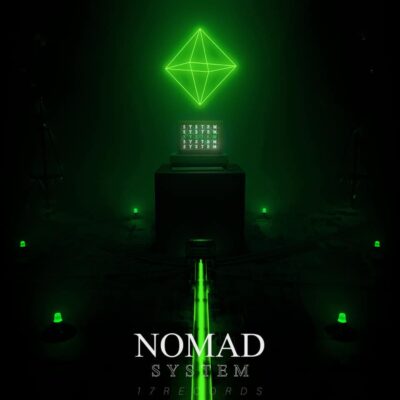 When we reached out to Nomad for an exclusive interview we discovered his story and quality music from his influences.

You just made your debut last month with ‘Call’. Did you have any other projects that led to Nomad? What and who inspired you to start producing music? Can you share a little about Nomad’s direction?

So being as this is my debut project as well, i’m very excited for what’s to come in the future. Growing up in the competitive New York environment molded me into the dedicated artist I am today. My inspiration with music stems from a young age & I truly believe music finds you, not vice versa . Life experience is what I’m here for. Come along for the ride.

Fuck the system & Fuck the mainstream. We’re not here to fall in line like worker bees. You are who you are for a reason. Living outside the system to me is very simple, Don’t herd with the sheep, BE THE WOLF. I think my new track displays that perfectly. I’m inspired by anyone who’s not afraid to think differently. No matter the pressure or consequence. It takes being real to go against the grain.

What are 5 tracks you would likely play during a late night set?

If I was loading up my usb right now at the club there’s no way I’m scrolling over Marten Hørger’s new track “Take me high” on Musical Freedom records. Some other bangers I could not pass on are  Curbi – Jaw drop (Confession) I Wanna – Habstrakt (Confession) Deep End – Nomad Edit (Unreleased) & Children – Brohug (Brohouse) All huge tracks!

Dark art. I just love the way those 2 words go together. The kind of stuff that gives you the chills right? Hard not to feel a type of way of listening to guys like Nukid & Angelz. Gangster attitude, slapping music. Get out the way.

Tech house baby! Hard not to dance with an open high hat smacking your face! Carl Cox & Vnssa are my favorite techy artists.

Can you recall some tracks that initially got you hooked on electronic music?

Man, if we’re talking about tracks that got me hooked on dance music it’s hard not to mention old songs like “Drop” by East clubbers  & “Exploration of Space” by Cosmic gate! Never heard those sounds come from a speaker before.

The rest is history.