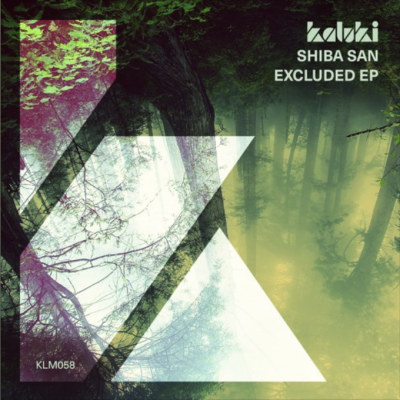 The first track, “Look Back” showcases Shiba San’s versatile approach as he dives deeply into his underground techno roots.

The French producer intertwines pattering drums that ever so-slightly resemble his debut tech house track “Okay”. Don’t get me wrong the beats are completely different. But hearing fast paced drums like this can easily remind us why we fell in love with this brilliantly rhythmic artist.

Shiba San’s hard-hitting vibrations leave you no choice but to move.

Hailing from Paris, the tech house Shiba San burst on to the scene with his hit-single “Okay” in 2014. The track received tremendous support and sustained a number one position for 82 days on Beatport’s House chart. International Dance Music Awards’ Winter Music Conference coined his next single “Burn Like Fire” as Best Underground Track for 2015.

Shiba San continues to dish out new music. Already he has released two EP’s earlier this year through Relief Records (Off to Funk, 2018) and Dirtybird Records (Don’t Talk, 2018). We’re excited to see what the techno tastemaker has up his sleeve next.