Spring Awakening Music Festival 2016 Was One for the Books

For its 5-year anniversary, Spring Awakening Music Festival brought only the best – from epic production, to some very tasty treats and snacks, to the actual artists throwing down over the course of the three-day event, SAMF was definitely one for the books. 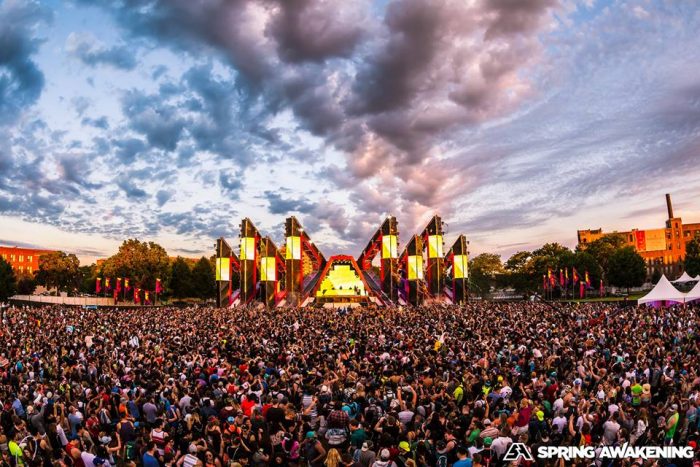 Under the heat of a relentless Chicago summer, things took off at full speed on Friday at SAMF.

Lesser-known acts like Attak and Hexes brought unique sounds to the crowds, while more popular acts like TROYBOI, DVBBS, Dillon Francis, and Deadmau5 took the stage, too.

TROYBOI has been gaining recognition within the scene for a while now, and his set was a clear display of his intention to remain a key influence. With hard-hitting trap and more varied tracks as well, his set had the crowd getting wild. 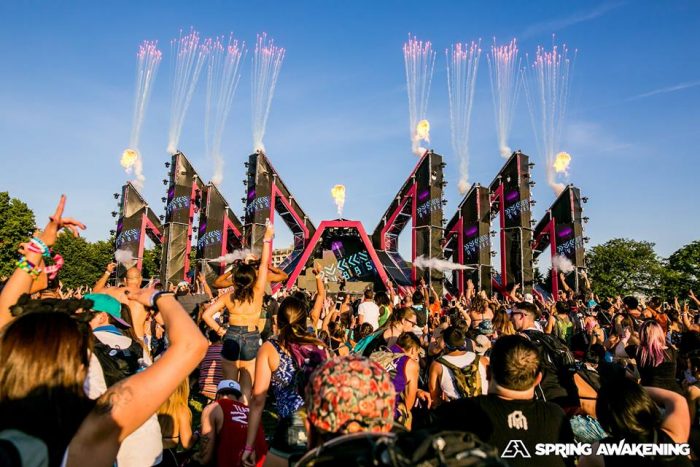 DVBBS engaged the crowd at the main stage, as Alex shouted along to many tracks and called on everyone to do so with him, and get moving. As the notes to “Gold Skies” began to blare, and the track built into the epic drop, fans were definitely doing both of those things with so much energy – one SAMF attendee described that particular drop as liberating.

Dillon Francis also had his own defining moments during his set, with tracks like “Not Butter” and “Get Low” receiving a lot of love from fans who couldn’t help but go hard. 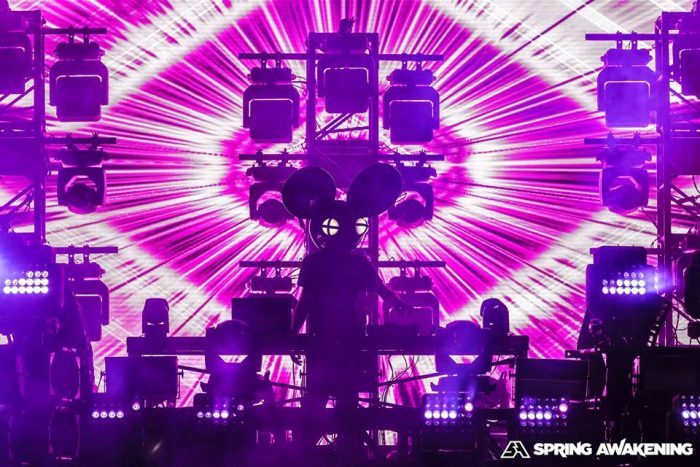 As for Deadmau5, the live lights and lasers were a very distinguishable aspect of his set. His notable songs “Strobe” and “Ghosts N Stuff” also brought a unique energy to SAMF that seemed to pop up ever so often, as he continued to play his well-known work. Needless to say, he still managed to throw in some trolling and jokes (and who really didn’t expect it?)

Saturday was an amazing follow-up, with things getting noticeably wilder, and more intense, as fans were lucky enough to experience more of the top-notch lineup.

Crowds were blessed with the chance to see acts like Showtek, Nicky Romero, ATB, Zeds Dead and Kaskade. 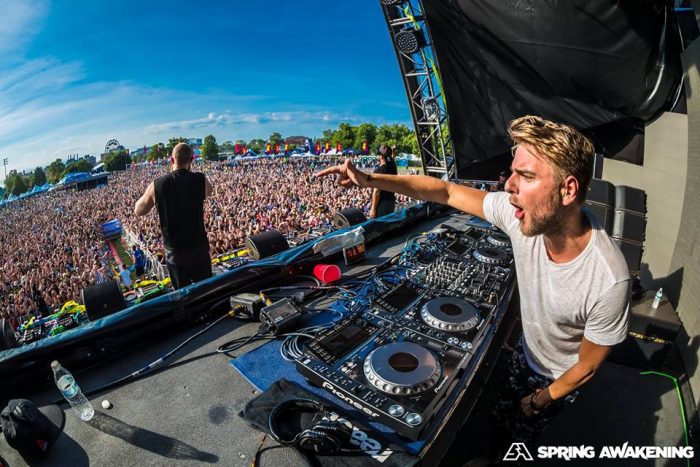 Showtek rocked the mainstage many times over with bangers like “We Like To Party” and “Booyah”. Epic drops, Sonny Wilson’s live vocals, and some dope on-stage shuffling made for a very memorable set.

Cash Cash, known for melodic tracks and powerful vocals, had their fans singing – and dancing – along to “Surrender”, “Take Me Home”, and “Aftershock”. The party certainly picked up as soon as the act took the stage, and by the end of their set, fans were ready for acts like Carnage and Nicky Romero, who brought pulsing festival trap and blissful progressive house to the crowds, respectively. 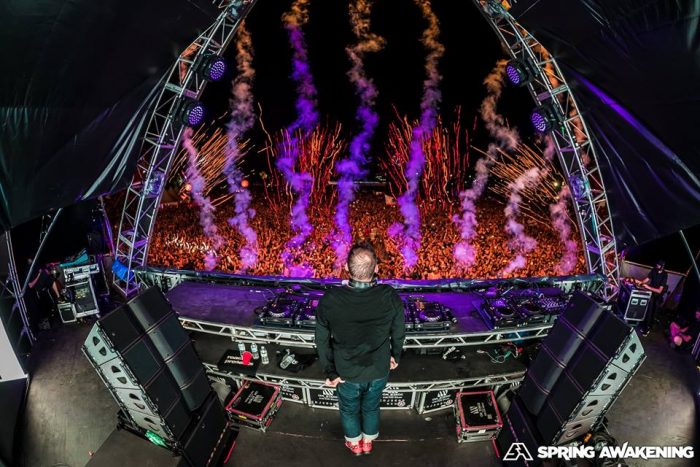 Kaskade, who happens to be from Chicago, threw down a pretty amazing set for fans at SAMF –  his hits like “Disarm You”, “A Little More”, “Atmosphere”, and “We Don’t Stop” all showed up in the set, and fans were definitely left captivated by the wild pyrotechnics, fireworks and actual music.

With the first two days being so successful, you might think that Sunday could not get any better – you are mistaken.

Acts like The Chainsmokers, Madeon, Dash Berlin, Dada Life and Above & Beyond helped bring the festival to a very successful, fun-filled close.

Dada Life is known for literally going bananas, and popping champagne bottles – crowds were treated to just that, with champagne being sprayed, and bananas being launched into the sea of people. 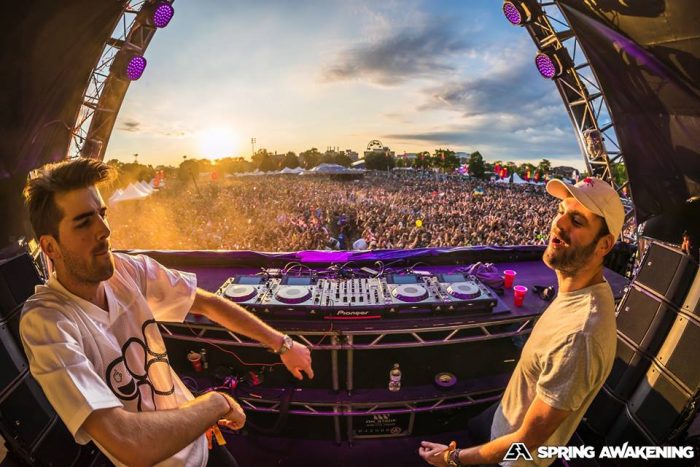 The Chainsmokers’ Drew Taggart jumped around stage getting everyone hyped, crooning along to their original music and waving at fans. “Don’t Let Me Down” was the song of choice to end their set, and as the track built into its powerful chorus, they did not let their fans down one bit. The crowd roared along as smoke and confetti filled the air. 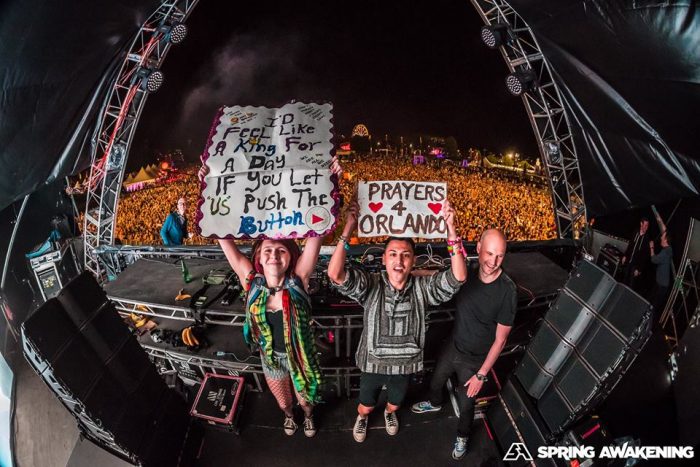 Above & Beyond brought their magical touch to the event to close it out, with fans being brought on stage to “push the button”, intense drops, and emotional moments throughout the set. With some help from lucky fans, the act sent love to Orlando, which has been through a great deal of tragedy in the last few days. Only Above & Beyond could truly close the festival out in such a memorable way.