Slab City Makes Their Debut with Explicit Trap Single, ‘You Got Jeep’d’

What Is Slab City?

Slab City is the brainchild of Marco Thomas and Ryan Titmus. The project started life as a fusion of Rap, Trap and Dubstep, but not wanting to follow norms of their previous project Marco and Ryan decided to create a fictional web series and comic book and have the music created by the project intertwined with the story.

The story is set in the oppressive urban waste land of Koda City, ruled by Mafia Boss, El Don. Where the power and greed of the mafia for years has seen many failed rebellions. Now looking to gain more power and to oppress the people of Koda City further, El Don and the Mafia have banned music and only two unlikely heroes can save the day!!!

The question is “Will You Join The Revolution?”

‘You Got Jeep’d’ Debut Single

Slab City’s debut release ‘You Got Jeep’d’ refers to the greed, corruption and thirst for more money and power of the mafia boss El Don, that is featured in the web series, whilst also echoing the same issues faced in the reality of modern life society. 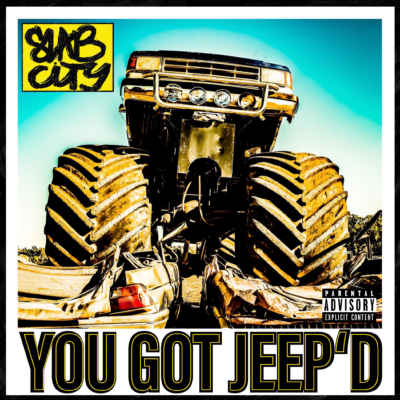 VAANCE and Herrin’s ‘Wait For You’ Welcomes the Summer

New music means new playlists and with that, we officially announce that summer is not cancelled. VAANCE and Herrin have…