6 Seductive House Tracks For Your After Hours Rendezvous

All
By Michelle Grojean

Not all electronic dance music is meant to blow the roof off, and we’re thankful for that.

Grab someone close and snuggle up because we’re going to dive head first into some of the most seductive house tracks. 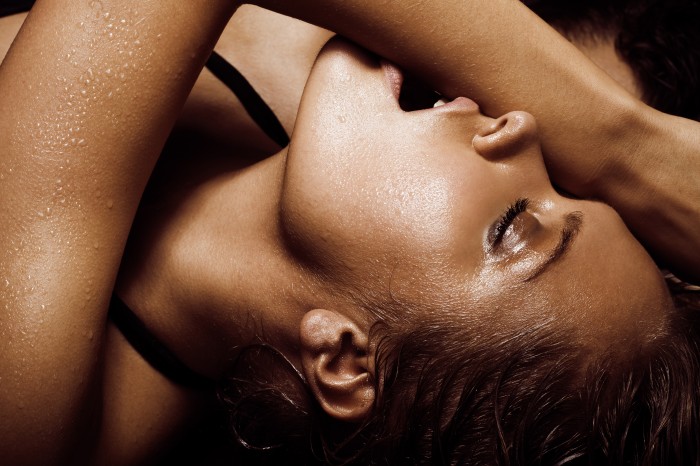 Stardust – “Music Sounds Better With You”

“Ooh, baby, I feel right. The music sounds better with you.”

French house music band Stardust dropped a soulful banger back in 1998 that resonates in the hearts of fans across the board.  The track “Music Sounds Better With You” comes equipped with a “Fate” sample from Chaka Khan mixed with a vocal performance from Benjamin Diamond.  As one of the highest-selling singles of the year in United Kingdom, debuting at number 2 in 1998, this song held on strong that same 1998 month as it spent two weeks at the top of the U.S. Billboard Hot Dance Music/Club Play chart.

If you wanna share feelings, music is the way to do it.  “Music Sounds Better With You” serves a message far beyond lust and is a guaranteed bedroom banger.

“Feel the energy deep inside your system, and leave this world behind.”

New York-based Bender (Keith Bender) is blowing up in the scene right now, and one of the tracks that set off that soon-to-be stardom is his sultry, deep house remix of Swedish House Mafia’s “Leave The World Behind”.

With the rumbling bassline, chattering percussion, and white noise swirls, this track drops the perfect beat for a bedroom soiree.

In the words of Mr. Bender himself: “We can get deep, but let’s keep it sexy.”

“Holding me, touching me.”

Priding himself on dirty melancholic house music, Norwegian house music star Finnebassen holds a stern grasp on any list that includes sultry deep house tunes with his 2012 jam “Touching Me”.  Released on Noir Music’s “Second Chances and Romances EP,” this drop has received support from Hot Since 82, Alex Niggerman, Atapy, and so many more.

Having already released on Sleazy Deep, Nurvous Records, OFF Recordings, and so many more, it’s clear Finnebassen knows what he’s doing when it comes to deep, late-night, tracks.  Yow!

“As we dance by the moonlight can’t you see you’re my delight?”

French house music duo Modjo dropped their debut single, “Lady (Hear Me Tonight)” back in September of 2000.  Performed by producer Romain Tranchart  and vocalized by Yann Destagnol, this song features a guitar sample from Chic’s “Soup For One”.  The track caught fire quickly as it debuted as number one in the UK and thirteen other countries.  In the US, the song peaked on Billboard’s Hot Dance Club Songs chart as number one.  Epic remixes have been provided by Danny Tenaglia, Roy Davis, Harry Romero, and many more.

The lyrics may be simple as both members of the duo admit the words you hear were the first draft of their writing and they’re not so good at writing lyrics.

British deep/tech house producer Breach (Ben Westbeech) dropped a fiery crowd-pleaser back in 2013 with “Jack”.  The definition of ‘jack’ in this track my actually surprise you.  Lesson time.  Back in the 80’s, ‘jack’ was Chicago house slang that referred to the act of frenetically dancing to a house beat.

While the term may not imply anything overly sexual, you must admit that there is a sense of seduction to the way it comes off in this song. Let’s jack (and don’t let the hairy video discourage you).

“Feel so enamored, hold me tight within your clutch.”

Released two years ago by British garage-house duo Disclosure (brothers Guy and Howard Lawrence), “Latch” is still a crowd favorite.  Surprisingly peaking at only 11 in the UK and 7 in the US, Disclosure continue to stick to their guns saying they’re going to move forward in “trying to bring class and soul into the songwriting … using jazz chords that have emotion instead of boring, stabby EDM triads.”  And that’s exactly what they did with this track.

Surprising Fact: Before recording the sultry vocals of  Sam Smith (featured in “Latch”), the Disclosure brothers were surprised to find out Smith was actually a man.

Regardless of how high this song peaks, and whether or not the vocalist is a male or female, this song ties in all the key elements of a late-night cuddle sesh.

Kyle Hollingsworth Discusses the Music and Experience of String Cheese, His Latest Album and Why He Wears Cat Shirts [Exclusive Interview]

Friday Feels Volume 3: Relax and Unwind With 18 Tunes Guaranteed to Bring The Feels

Another Friday, another edition of Friday Feels. If you are a fan of electronic music then you know exactly what…