Exactly one year ago, Berlin’s Rave The Planet gGmbH (non-profit) was launched and is therefore celebrating its first small anniversary of existence.  Not a matter of course after a year like 2020.

Rave The Planet has already successfully received over 390,000.00 Euros in donations from over 24,000 people from all over the world. Among other goals, to realise a new parade in Berlin in the spirit of the original Love Parade. 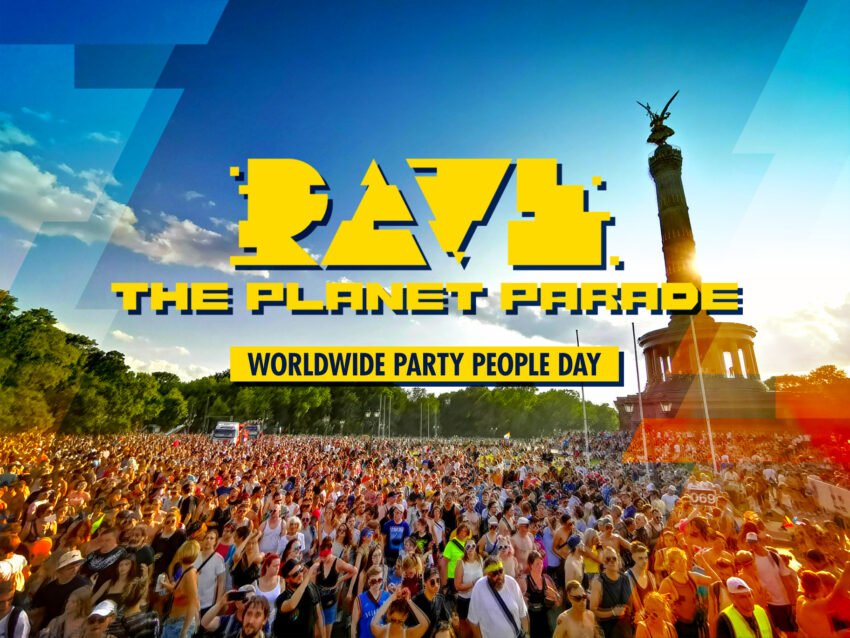 1. To protect, promote and develop the culture of electronic dance music in all its forms. And to develop it further. To promote its own as well as other charitable projects in the long term.

2. To classify the culture of electronic dance music as an Immaterial Cultural Heritage under the UNESCO.

3. To establish an official celebration of electronic dance music culture, with an annual event: A new parade, in the spirit of the Berlin Loveparade, based on its original values, progressively designed for the 21st century.

The “Rave The Planet parade” has now been postponed to 09 July 2022. And also the dates for the following years are secured and registered with the authorities. Hopefully nothing will stand in the way of a united and healthy “We are one family” spirit.

While come Feburary you can look out for a new EP series in partnership with Love Parade and Italy’s melodic techno ambassador, Frankyeffe and his Riot Recordings rooster.

Flamingosis Announces Live Stream Alongside the Release of ‘Daymaker’