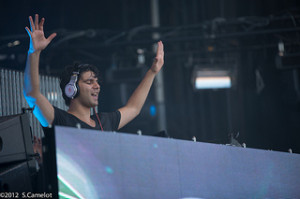 R3hab and Deorro released the official music video for their track ‘Flashlight’ today via Spinnin’ Records‘ Youtube page, and the video really does the song justice.

Packed with, as the title says, pandas, droll office jobs, captivity, and a daring rescue executed by an actual panda gang, all of these things combined leaves for a pretty interesting viewer experience.

Really interested to see how all these factors come together, and how on earth it manages to work?

Check out “Pandas” by Deorro and R3hab

If these two artists have really impressed you thus far, just a quick look at their Facebook page will reveal their upcoming tour schedules, found on their cover photos. They’re looking to be hitting some pretty awesome places, and if you’re lucky, you’ll get to see them live.

Now, on to the next one.

R3hab has also given the listeners a teaser of his upcoming track ‘Unstoppable’ featuring Eva Simons.

It’s pretty amazing, with wowing vocals and a melody that is definitely shaping to be a hit. The teaser itself runs three and a half minutes, and as it’s a teaser, it will definitely be longer, something you most likely won’t find disappointing, because it’s a really catchy tune.

Don’t be surprised to catch it at an upcoming summer festival this year.

Give it a listen!