Backstage Chat with OPIUO at The Novo Halloween Night

On Halloween, we had the opportunity to meet with OPIUO, Oscar Davey-Wraight,  and ask him a a few questions before his performance with Balkan Bump and Gramatik at The Novo in Downtown LA. Known for his experimenting with new sounds, OPIUO seamlessly blends bass, glitch, and funk. He has gained recognition all over the world and has played festivals like Electric Forest, Lightning in a Bottle, Paradiso and more, along side artists such as Bassnectar and MC Hammer, even a 20 piece Orchestra at Red Rocks. With the release of Syzygy 02 on November 8th, we were so excited to see what treats we would be blessed with during the show.  Opiuo’s sets are completely live, every synth, beat, and drum is controlled right there and then. 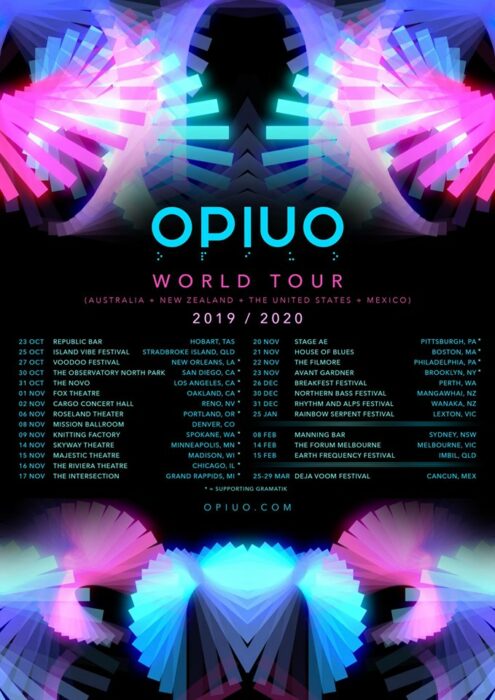 What do you do or where do you go to help yourself feel most creative and inspired?

I go home, I bought a property a year ago, and it’s super inspiring. Kind of like a ‘reset’ place. Its away from the road, and I feel completely me there, and I’m able to feel that I can do exactly what I want. I get inspired on the road the entire time, then I come home and it continues.

Do you feel personal life events influence the tone of your music? If so, can you give an example?

I wouldn’t know. I guess I just do what I do. I don’t try and link things too closely, because in a way for me, I like to appreciate it all and as I’m flying through this crazy thing that is this existence, and opportunity to do this for a living, I don’t take any of it for granted and I don’t like to think that the reason this is happening is because of this, I think in general just being a positive person and doing good to others by doing music and good things like that, I think help. I’d say that probably small challenging moments in my life are actually turned into things that did inspire me and I may have worked harder and it turned into much more polished music because I think adversity helps, in some crazy way.

What was the most pivotal moment in your career so far?

More recently, I’d say playing Red Rocks with an Orchestra. Performing it was quite strange because I finished and I didn’t have any emotion or energy left to give so I couldn’t even be stoked at the end of the show. I had given everything and that was a cool moment too. So I took a few days to really comprehend what it was and listening back again. I would say that was a pivotal moment for me and everything I’ve been doing.

Check out the Red Rocks Show below:

What are you most excited about for your Syzygy 02 release?

Its a lot of the music that people have been asking for, for a very long time, and I’ve been sitting on it and working on and evolving and its been a lot of my life. Its always daunting releasing music because then it’s finally not just yours anymore. Its cool because it’s a moment in time.

Do you  have any upcoming plans to play with the 20 piece Orchestra again?

No, not that one. I did it and I didn’t know if I could do it when we first did it, and wanted to do it once more in the southern hemisphere, so I did it in Australia, but my mind is never just resting on one thing so next would probably be even bigger.

You had a baby girl recently, congratulations! Are you loving dad life?

Yeah, its amazing. It hits you in ways you wouldn’t expect. Its incredible. It’s inspiring because it makes everything have a bit more purpose.

If you could collaborate with anyone, dead or alive, who would it be and why?

Where did your inspiration stem from as a child?

Growing up in New Zealand where I was, is beautiful. It’s a quiet and free kind of lifestyle. It’s a really idealistic place to raise kids and have a family. Very adventurous and filled with all the things you’d want to have. I grew up around festivals too. I was really lucky to be a part of that side of the culture by not just playing it but by enjoying it as well.

The first one that comes to mind I actually randomly listened to yesterday, and it just reminded me that its one of my favorite songs ever. ‘All Things To All Men’ featuring Roots Manuva by The Cinematic Orchestra. It’s a very deep, beautiful piece of music, kind of one of those ones that  wherever I’m at and whatever I’m doing and I heard it I feel great.

Do you get to enjoy the festivals?

Seldom. It’s a tough thing to separate going to play a festival than going to enjoy one with your friends, but you don’t get much time preshow because your focused on the show, but I grew up around them so I do miss the opportunity to just hang because I’ve got to leave the next day. But going to festivals all year to play is pretty amazing. It’s the other side of the camera, but its also very cool to see that world as well. In a way its all like one big family, I mean, it’s a little different everywhere, but not in the same way, everyone wants the same thing. It’s a culture.

Outside of music, what do you enjoy on downtime?

Ride mountain bikes, motor bikes, hang with my family, and do stuff on my property. It’s weird because for me the whole music thing isn’t work to me. I don’t feel like I need a take a holiday because I feel like I just get a break from something I love doing. That’s why I said going home is inspiring, because it resets me, so I can have a few days off and I don’t feel like I’m getting behind. 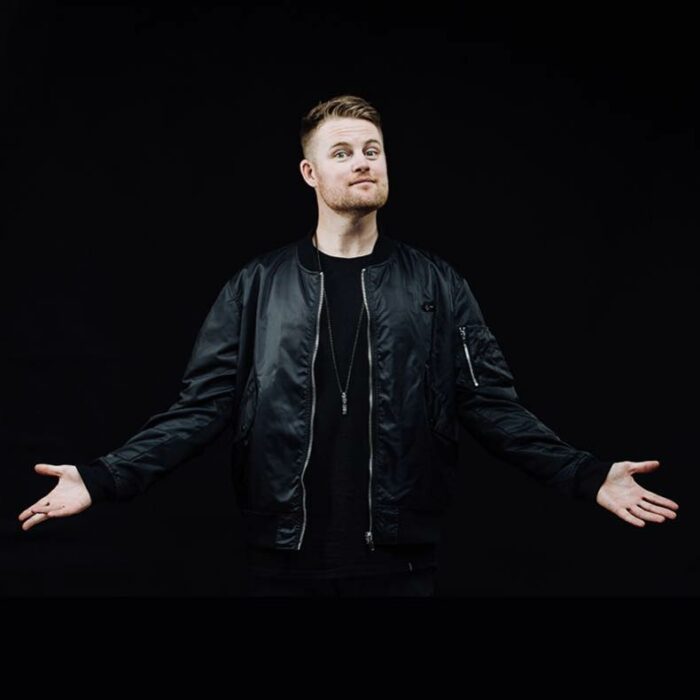 Be sure to keep an eye out for the release of Syzygy 02, an 8 track project that will be released November 8th! Listen to one of the tracks, ‘Send It’ below.