On the Record with Codeko, SoundCloud Dance Charts’ Current #1

By day he is Ed Clark, but by night he is Codeko. This UK native is the definition of balance as he has toured the world while studying and recently graduating from Cambridge University in London- he fancy. He claims to be an ordinary guy in the streets of England, but performing eight shows in a mere 24 hours is not a norm. Codeko started from the bottom and now he is… well everywhere! From Tomorrowland and Electric Zoo to Life In Color, he is soaring and shining bright like a diamond (big team Drake and Rihanna guy). 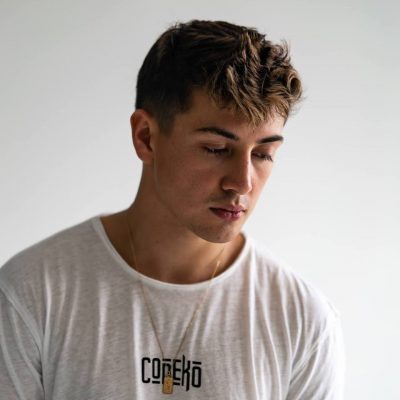 Listen to ‘Woke Up’:

We had the pleasure of sitting down with Codeko and learning a little more about his super-producer powers. Check out our exclusive interview below:

Hey guys, it’s Jacqueline and I am here with Codeko, say what’s up!

So tell me, who is Codeko?

I am from London and I just graduated from college a month and a half ago. I have been playing music since I was a kid. While in college I continued to put things up on SoundCloud and YouTube- I’ve been growing ever since and really started taking it seriously about a year ago.

Have you been travelling as much as you do now all throughout college?

Yes, it was really hard, though. I would literally have lectures Monday through Friday and after my lectures on Friday I would hop on a plane and play shows during the weekend then come back Monday for lectures. It was really fun, but it was very tough. By the end of it, when I graduated, I was just exhausted. Now I am just really thankful that I graduated and can do this full-time.

When in lectures, would people come up and fan-girl/fan-boy?

Actually, not so much in England. My music is not a UK scene thing at all. I much prefer the American-style and music a lot more. My friends listen to my music, but I have kept it pretty separate so that I can live a normal life at home.

For people who are trying to make a name for themselves while in college, what is some advice that you would give them?

Honestly, it is really hard because there are so many kids who want to make music- it is so fun. If you enjoy it, though, it isn’t work. Ultimately, if you enjoy it then it shouldn’t be hard for you to succeed. Just work hard and make sure you’re doing it all. Persevere is really helpful.

I mentioned before people who fan-girl/fan-boy, but do you ever find yourself doing that?

I did in the beginning. When I first started out, I would freak out and be like ‘Oh my gosh, The Chainsmokers and Martin Garrix‘, but once you play more shows with all these people you realize they’re just human beings. You get used to it. 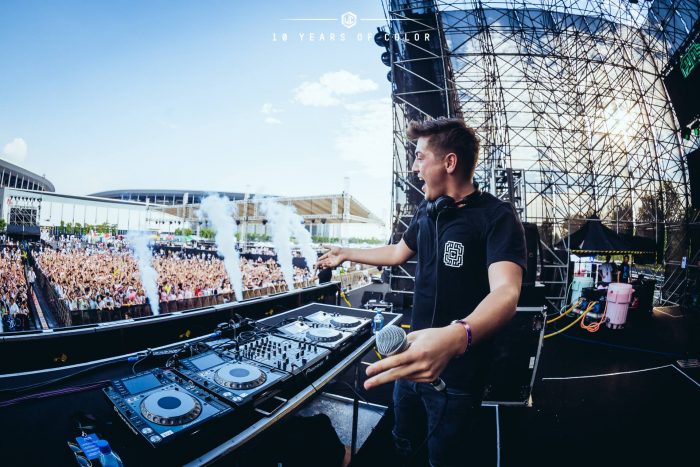 Listen to Codeko’s Too Future Mix:

I know you as the person behind ‘Walking With Lions’, but if you could choose a song to forever be known for, what would it be?

I obviously like all the music that I’ve put out. All the music that I am making now, I am really excited about. I’ve been progressing. I have found my sound and what I want to aim for. I released ‘Woke Up’ a couple of weeks ago and I think that really represents what I want to do well. I think with every new song that I release will be my favorite and show exactly what I am about.

How does your new music differ from your old music?

In the past, I was making more electronic stuff, but I have transitioned to more pop-like. I like writing melodies, but now I have a balance. Writing something catchy doesn’t have to be generic.

Tell me about ‘Woke Up’.

I wrote it not too long ago and we just directed the music video for that a few days ago. I tried singing on it originally, but my accent is too heavy. When I wrote it, I was really excited to find someone else to sing it. Basically, it is about my college experience and drinking… honestly haha. I sat down to write a song and it was hard because it’s not like I have gone through any mid-life crisis, so I just wrote it on my life in university.

Blast your speakers to ‘Walking With Lions’ below:

You have been touring and performing at endless college campuses the last six weeks. Have you seen any schools that made you want to study there?

It’s a hard question because when I am there performing, it doesn’t show the academic side to it, so I can’t really be like I want to go there. I see a different scene. Based off what I have seen, I don’t think I could have survived four days at these schools. Especially UofA, UF and USC, they are crazy. They go insane.

One message to your fans?

There is a lot of new stuff coming your way!

Codeko isn’t just a bad-ass producer who wins the hearts of all, nor a Cambridge University Alumni. He is a real person who has used his diligent and passionate character to make a difference in the industry. Codeko gives hope to all aspiring musicians that receiving an education and making it to the other side of this aggressive profession is not impossible. We are excited to see what Codeko has for us in the near future! 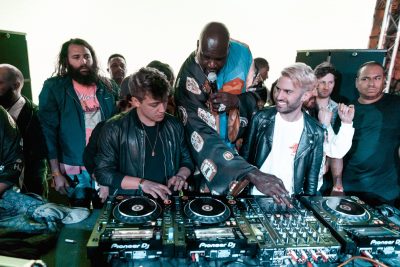