The Miami groomed, New York based house producer, Nicole Fiallo, revives the 1998 dance music classic, ‘Music Sounds Better With You’. The original version of the record was actually created out of a guitar loop from Chaka Khan’s disco hit, ‘Fate,’ by the short lived members of Stardust: Thomas Bangalter of Daft Punk, DJ Alan Braxe and vocalist Benjamin Diamond, all of who went on to have successful careers after the release. Now 22 years later, ‘Music Sounds Better With You’ is still resonating with people, making people instantly dance and sing along, calling Nicole to create a proper deep house remix.

For the remix, Nicole Fiallo establishes a hot, four-to-the-floor groove with enticing builds then finds the perfect space for Benjamin Diamond’s striking vocals to appear. Cruising at 124 BPMs Nicole gives ‘Music Sounds Better With You’ a new life, suitable for underground crowds or just for dancing in your living room for now… Offered as a free download, adding Nicole’s remix to any DJ’s arsenal is a sure choice. 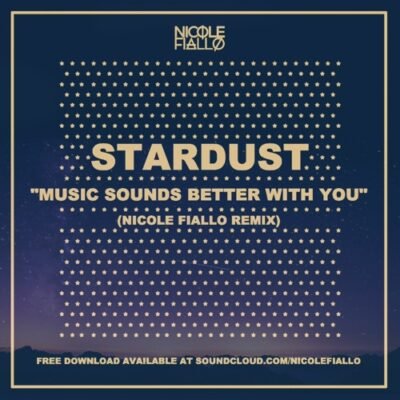 Last year we discovered Nicole Fiallo through her debut single, ‘Funkadelic’, on the Miami based, Xima Records. Since then she has been busy creating a highly appreciated Billy Withers tribute edit of ‘Lovely Day’, running live streams with Xima Records and launching the Addicted To Black mix series. While we all have a minute to sit at home to reflect and create, we reached out to Nicole to hear more of her story. Enjoy our exclusive interview while discovering her discography, live sets, favorite tracks, music from her influences and more. 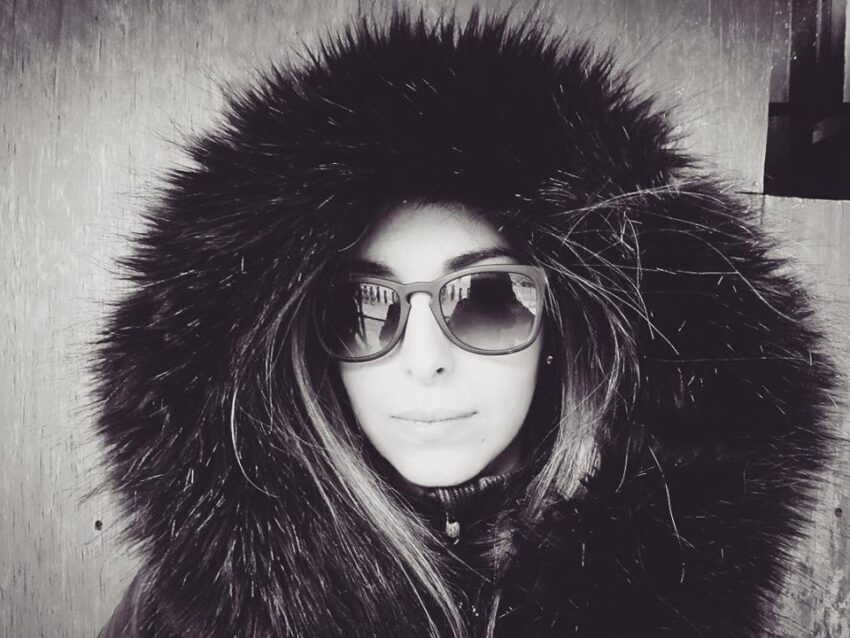 How have you been holding up in quarantine? What is keeping you busy and positive? What are you missing most?

I struggled a bit adjusting to the quarantine at first, but I’ve been really grateful for it as it’s allowed me to have more time to dedicate to my music production which was always a daily challenge for me working and going to school full time. I‘d have to say I am definitely missing my daily routine the most, and also being able to go out around the city. Living in New York, one of the best things to do is go out and explore, see new spots, and eat at all the delicious restaurants, so not being able to do that has really been a bummer.

Of all genres of electronic music, what draws you to techno and house?

As a kid, I was introduced to electronic music at a young age. My mother was actually heavily into freestyle and disco music and some of my earliest musical memories include jamming out to those classic tunes from so many greats, like Stevie B, Debbie Deb, and Indeep. When I was about 15, I met my cousin’s boyfriend, now husband, who actually was the first person to introduce me to techno / house. Seeing how intrigued I was with this new style of music, he convinced my parents to allow me to go to Club Space in Miami during WMC weekend and was able to successfully sneak me in with a fake ID – lol! I can’t remember who was playing at the time, but seeing the way people were cutting up the dance floor and just hearing those mesmerizing beats was truly a life changing experience for me, and you could say the rest was history!

What producers have been your influence over the past 6 months?

Naturally I’d like to mention producers who have heavily influenced me since the start, including but not limited to, guys like The Martinez Brothers, Sidney Charles, and Dennis Cruz, but specifically in the last 6 months, I’ve actually had the biggest influence from watching how some of my peers have been storming through boundaries and just all around crushing it. Two friends in specific to mention are: GRECO (NYC), who’s just launched his fourth label in the short span of two years, as well as a hometown buddy, Bryan Estafani, who is definitely one to watch and brings a real unique sound to the table.

What have been 3 of your favorite tracks to mix into your sets lately?

To choose 3 of my all time favorite tracks is just too hard, so I’ll narrow it down to 3 most recent favorites, which actually feature in my latest mix:

What is going through your mind when you’re behind the decks? Can you share any mixing tips with us?

Ironically, I hate to be the center of attention, but when I’m behind those decks, it’s when I feel the most confident. There’s no greater feeling than dropping a tune and watching the crowd go nuts. When mixing, I think the most important part is connecting with that crowd and exploring outside of your musical boundaries. A lot of DJs have the mentality of “I don’t play that kind of music” and, to an extent, I do believe you have to stay true to who you are and your sound, but on the other hand, there are so many creative ways to implement a piece of you into every set while giving the crowd exactly what they want, or don’t even know that they want to groove to and I think finding that happy medium really can help you stand out from the norm.

You just released a remix for Stardust’s ‘Music Sounds Better With You’, can you give us a little insight into how you spliced this one together?

Funny enough, “Music Sounds Better With You” has been one of my favorite songs since I was just a kid. I mean, what an absolute classic. While digging through some old Logic sessions I’ve compiled over the years, I came across this catchy beat I made back in 2016. I started to build it out and while playing it back, something in that synth sound just screamed at me to throw that classic acapella on it.

Those vocals by Benjamin Diamond are unlike no other. It’s funny I was just singing ‘Lovely Day’ the other morning to my baby boy and was wondering if there were any good remixes out there on it, and then I see you did a worthy one! Good call. How did you decide to do this remix? Or any remix you have done for that matter..

My boyfriend and I visited Central Park in New York on Thanksgiving of 2016 and we ran into a gentleman playing “Lovely Day” acoustically on a guitar with a harmonica. Now, it’s always been a song that I have been fond of, but this performance of it was easily one of the most amazing moments I’ve witnessed. So much so that we had to take a seat to take it all in and ended up spending 2 hours listening to this man perform. Since that day, that song has held a special memory in my heart and when I heard the unfortunate news that Bill Withers passed away it was a project I started just out of fun and admiration for him that actually turned out to be one of my favorite pieces of music I’ve created in quite some time. Most of the songs that I remix come from little inspirations like this.

Do you have any other remixes or originals in the works?

I definitely have some great stuff cooking up right now and I am excited to continue to push out some more music in the upcoming months. I have both originals, as well as remixes / edits in currently in the works and you can definitely count on seeing some more free releases through my SoundCloud channel, and hopefully some label releases, too.

How do you discover new music for your sets?

I typically shop around on Beatport. When digging for new music for my sets, I like to include both old and new releases, specifically music from smaller artists, or new emerging artists. You would really be surprised by the gems you can find when you start digging into some of these smaller labels or catalogs of some of the newer artists. I think that one of the best things about the time we are living in right now is that the music being produced, from both the big guys and the little guys, is some of the best we’ve heard in years!

What has been one of your favorite sets to attend?

One set that I will never forget took place at Governors Island in New York in 2014. Back then, they had the party tent located right near the ferry drop off – the views of manhattan were absolutely breathtaking! I arrived just in time to catch my favorite DJ, tINI, open up for the legendary Loco Dice. Her set was out of this world, and just as the sun was setting, Loco Dice hopped on, and with those views, you just couldn’t beat that moment. I still get chills looking through photos and videos of that day.

Oh, that’s a tough one… I’d have to say it ranges between a classic New York style pizza, to a mixed seafood feast, but can also be as simple as your classic Cuban style chicken and rice with sweet plantains.