One of the coolest parts about EDC is that we get to watch producer’s dreams come true right before our eyes. That is especially true for Andrew Rayel as for the first time ever he hosted a Find Your Harmony stage takeover day 3, EDC Las Vegas 2019.

The Moldova native, Andrew Rayel started producing music at 13 years old, which eventually lead to the pivotal release of his debut album Find Your Harmony. Working closely alongside Armin Van Buuren and Armada, Rayel obtained enough clout to establish his own imprint, inHarmony Music . He now hosts a Find Your Harmony radio show packed with firey trance tracks and artists to discover.

If you were not fortunate enough to catch his EDC Las Vegas performance, then we feel sorry for you, but you still have a chance to catch his appearance in NYC at the Marquee this Friday, July 5th. With stunning trance releases like ‘The Melody’, feel good dance music singles like ‘Last Summer‘ and the care he puts behind each performance, we are in for a special night with Rayel. 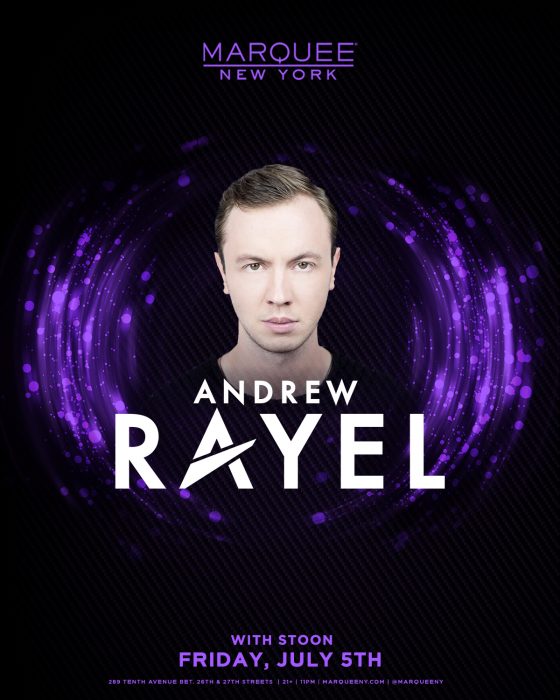 Get to know more about Andrew Rayel through our exclusive interview and a collection of his discography below.

We will never forget how Andrew Rayel’s peak-time EDC Las Vegas 2019 set along with Cosmic Gate, David Gravell, Mark Sixma, MaRLo, Andrew Bayer, Ruben De Ronde, Space Corps and Leiel rejuvenated electronic music enthusiasts to the max on Sunday at the Find Your Harmony stage in Quantumvalley. Enjoy some select tracks from the artists that joined Rayel in creating a state of trance.

Nic Chagall & Bossi are the musical masterminds behind Cosmic Gate out of Krefeld, Germany.

In 2011 they releases their fifth album, Wide Your Mind, including one of their most well known tracks ‘Be Your Sound’ and have rallied that album title into a staple event within the trance scene. Wide Your Mind represents a belief in boarder-free electronic music for fans, suggesting a more flexible verse tribal approach to electronic music. Along with the events, Cosmic Gate offers a Wide Your Mind radio show where you can hear the latest in trance music.

‘Man On The Run’ and ‘Communication’ or any of his other Tech Trance beats should give you enough to realize why the Dutch man is taking over clubs and major fevital around the world. Fortunately for us, he releases his EDC Las Vegas set for us to relive. Enjoy the magical journey.

Mark Sixma, hails from the capital of dance music Breda, Netherlands also home of scene leaders such as Tiesto and Hardwell.

Definitely one of the biggest highlights of life. – Mark Sixma (after EDC performance)

Mark Sixma is the only who can say he knock himself out of first place on Beatports’ trance charts, simultaneously hold #1 and #2 positions. His performance at EDC Las Vegas was nothing sort of magic. He is a valuable addition to the Armada, Find Your Harmony and Dreamstate families, enjoy some of his discography below and find him at major festivals throughout the year.

MaRLo ignited a sea of bouncing souls during his elevating set.

For the rest of the summer MaRLo is going to be having some fun, sharing his uplifting vibes all around the world. His schedule goes as follows: Ritual Fridays: MarLo (Denver), A State Of Trance 900 – Bay Area (Oakland), Vini Vici along with MaRLo (Greece), Sunrise Festival 2019 (Poland), Tomorrowland 2019 – Weekend 1, A State Of Trance 900 – Tomorrowland, followed by 5 Altitude events throughout Australia into Creamsfield, Mysterland and more. Catch him if you can. Enjoy his latest release on Armada with Feenixpawl ‘Lighter Than Air’ and one of our favorites ‘Falling Down’ with First State.

Finding his signature sound between trance, house and progressive Ruben De Ronde captures the audience at festivals around the world. From Tomorrowland to EDC Las Vegas, this growing artist has a bright future. Along with his own imprint Statement he works with Armada. His ‘Republique’, became a Top 20 hit in the Beatport chart and got the ‘Captivating’ stamp by the renowned DJ Mag.

Andrew Bayer, the US representative of the Find Your Harmony family, put on a spectacular set.

Following his EDC Las Vegas set, Bayer will make his debut at the Gorge in Washington with Above & Beyond and the Aujunabeats family for Group Therapy Weekender. His album ‘In My Last Life‘ (out on vinyl) is what really put him on the map, now after the love he received after his EDC set, expect big things from him. Now thoroughly enjoy some of his latest work.

The galaxy’s sustainability warrior, Space Corps showed up to play.

The rising producer, Space Corps’ music projects a message of one universe, one planet, one human race, reminding that we are all ONE! Hopefully his sounds will be connect the universe to be a more sustainable place, riddled with love. Getting the opportunity to perform during the Find Your Harmony takeover , gave him the platform he deserves to share his positive message.

Andrew was rolling deep with the best in trance music that day, leaving everyone stunned in speaker range. From here on out we will do everything possible to never miss a Find Your Harmony stage takeover.