Music to Your Ears – The Musical Maestros of Video Games

Music is one of the most important parts of video games, the themes and sound effects of games lodging themselves in your brain many years after you finish playing them.

These are some of the minds behind gaming’s most iconic and impressive scores, and while this is by no means an exhaustive list, this is merely a selection of people that have provided exceptional work in the field of video game music. 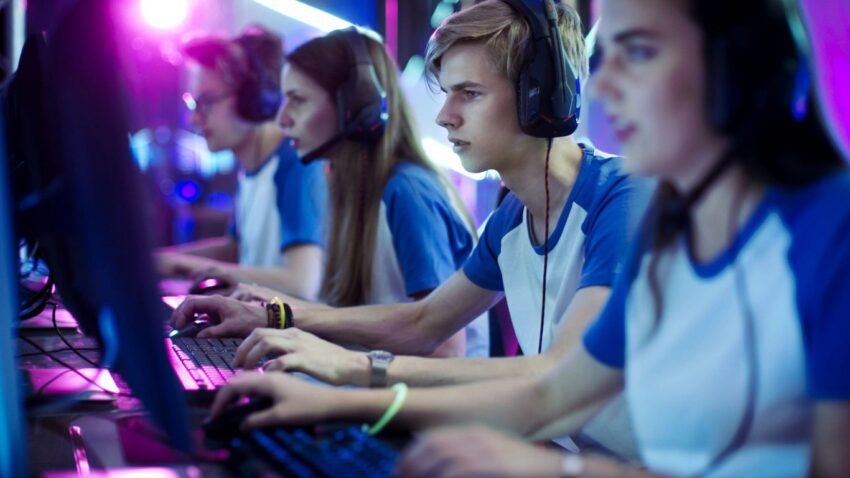 Grant Kirkhope is a legend of the industry, a famed composer and multi-talented musician who’s worked on many, many well-known titles over 20 years of working in not just video games, but flirting with several projects in film and television as well.

One of the several talented musical-centric minds like Robin Beanland and Graeme Norgate that were on Rareware’s books back in the 1990’s, Kirkhope is responsible for some iconic Nintendo 64 soundtracks, not to mention later console melodies like Starfox Adventures, Crypt of the Necrodancer, Mario + Rabbids, World of Warcraft Shadowlands, and Banjo-Kazooie spiritual successor, Yooka-Laylee.

Kirkhope has also dabbled in a healthy amount of voicework, lending his vocal talents to a number of characters in games both mainstream of off-shoot, being the man behind Mumbo Jumbo’s voice in the original Banjo-Kazooie and acting as Donkey Kong in many games like DK64, Mario Golf and Mario Kart (doing the iconic “YEAH!” and “OKAY!”).

Another Rare alum, David Wise along with the aforementioned Kirkhope, Beanland, and Norgate all helped Rare gain a substantial and positive reputation for making fun, characterful games that were brimming with identity, their musical scores having a palpable sense that the artists were working on something they genuinely loved.

Wise has been on board with Rare since the late 1980’s after meeting founding brothers Tim and Chris Stamper in a music shop, and was a cornerstone of their audio prowess up until his departure in 2009.

In that time, he’s worked on over 80 titles, most notably the Donkey Kong Country trilogy of games on the Super Nintendo which contain iconic tracks like Aquatic Ambiance, Forest Interlude, Disco Train, and Simian Segue.

Koji Kondo is the man responsible for a litany of magical pieces of video game music from classic titles that adorn the Mount Rushmore of video games.

A frequent collaborator with the mythical Shigeru Miyamoto, Kondo has produced countless masterpieces for almost of the Legend of Zelda games and a number of Super Mario titles, in addition to being attached to various spin-off projects like Mario Party, Mario Kart, and Mario & Luigi in an advisor based role.

While video games are certainly a cocktail of different elements that all congregate in harmony to their overall success and ultimately the player’s enjoyment, music is one of if not the defining, timeless aspect that gently opens the mental door to nostalgia.

The man not only behind Pokemon’s music and compositions since its inception, he’s also heavily involved with each game’s narrative elements and world/environment design.

Having been on board with one of the biggest media franchises to grace the planet, Masuda has worked on almost every mainstream Pokemon title, including the most recent Pokemon Sword & Shield, the phenomenon of Pokemon Go, and is also involved with the upcoming remaster/remake of Pokemon Brilliant Diamond and Shining Pearl.

From the opening title sequence to walking along its many routes to the gym leader battles, Pokemon’s music is one of its strongest elements thanks to Masuda’s influence and flair for creating auditory brilliance.

Beyond writing soundtracks that are oddly fitting to slay monstrous alien abominations to as to the Doomslayer, he’s been involved with the Prey reboot from Arkane Studios, the first two reboot Wolfenstein games, Killer Instinct (2013), and had other music based roles in Need for Speed games and Borderlands 3.

Gordon’s penchant for dominating metal music is sublime, and the tracks created for DOOM are arguably his magnum opus, a perfect accompaniment to the game’s disgustingly satisfying gore.

Gordon is set to be working on the upcoming Bioshock spiritual successor Atomic Heart, and also has his own album “A Day in Pompeii”, an album paired with a museum exhibit of the same name, and worked with band Bring Me the Horizon on their “Post Human” album.

Potentially a lesser-known name to some, but if you know or and/or like Mick Gordon and his line of work, you won’t be disappointed by the art of “sweet metal Viking” Andrew Hulshult.

Working tirelessly to create soundtracks for fan remakes of the original DOOM, Quake II, and the sadly cancelled Duke Nukem 3D: Reloaded, he finally had his work and skill recognised on the official remake of Rise of the Triad: Dark War, simply titled Rise of the Triad.

His working relationships on RotT carried over to developer New Blood Interactive’s next games, those being DUSK and Amid Evil, both of which Hulshult continued to produce fist-pumping soundtracks for.

He then produced an absolute masterpiece with Nightmare Reaper’s music, which pulls the exact right amount of inspiration from the DOOM series without copying it in any way (as the game itself does).

Hulshult’s latest work in video games has been on DOOM Eternal’s first half of DLC, namely The Ancient Gods Part 1, after countless fan requests to get him involved along with fellow musician/composer David Levy of Rooster Teeth fame.

Darren Korb may have a significantly shorter resume than the others on this list, but that by no means makes him any less of a musical talent.

Having won awards for his work on Bastion, Korb continued to work with developer Supergiant Games whom he has a couple of connections with, being a longtime friend of founder Amir Rao and vocalist/voice-artist Ashley Barrett. He composed their next title Transistor, which was again met with universal acclaim.

Since then he’s composed the music for Supergiant’s Pyre, and many people’s 2020 Game of the Year Hades. Korb’s acute ear for pairing musical styles and melodies to flow in tandem with the visual and mechanical art of the projects he works shows the raw prowess and skill that he possesses within his field.

Another legend of industry, Norihiko Hibino is most famous for his contributions to the Metal Gear Solid series and Zone of the Enders, thanks to his Berklee College of Music education and his ability to turn his hand to the guitar, piano, saxophone and even the tuba and the harp.

Hibino founded his own record label called GEM Factory after working with Konami for a number of years within his own parent company, GEM Impact, which he founded with a handful of other composers and musicians. Since starting the label, he and his compatriots have worked on games like Bayonetta, The Wonderful 101, and Persona 4: Dancing All Night.

While having a voracious love affair with video games, Hibino regularly performs live as part of grand concert setups, both with and without a video game influence, such as albums/concerts performed in honour of the late Nintendo president Satoru Iwata.

Nowadays, he focuses more on music therapy through his own unique sound system called RINSHU, a wooden, hand-crafted sound structure shaped like a yacht.

A much less-uttered name in the world of video game music compared to veterans of the industry like Masuda, Hibino, and Kirkhope, Lifeformed single-handedly created the soundtrack to the indie title Dustforce (and by proxy its updated version Dustforce DX) titled “Fastfall”.

There’s a real melancholic air about all of the music for Dustforce, and all the tracks have been crafted with the care and consideration that a video game soundtrack requires, with the contemplation of how the music adds to the player’s experience and fits the action taking place on screen.

He’s done music beyond just DF’s arrangement, and has his own YouTube Channel and Soundcloud to show off his work.