Music Tech On The Rise – Between Analytics And Creativity Challenges

Music is no longer the straightforward result of singers’ voices and the sound produced by musicians’ instruments. The artistic endeavor known for millennia has had a new face for a while now, all due to the technological advances that took place during the last years. 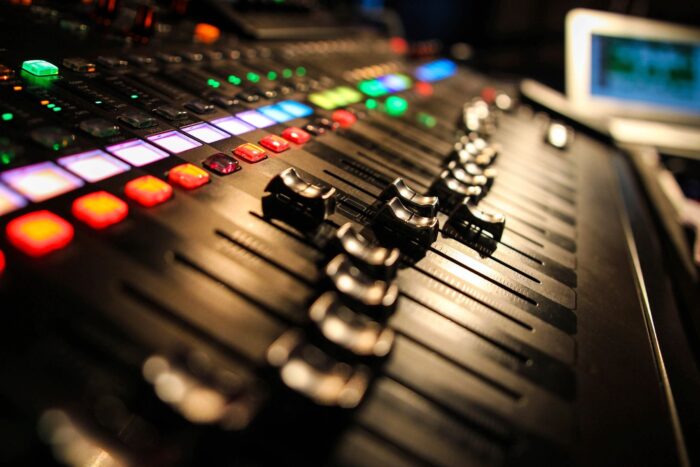 Are you losing well-deserved royalties?

Artists make money in multiple ways. They have their tunes published via record companies; they perform on stage during concerts and, whenever their music is played, they get royalties. All sounds fine and dandy, but is it really possible to know when your music is played (and consequently get the royalties that are rightfully yours)?

Music Recognition Technology is not a new concept, as the programs necessary for recognizing songs have been in effect on radio stations in the US since the 1990s. Still, with so many venues not using it, artists might leave a lot of money on the table.

Things are looking up, however, and more and more venues where music is played will have to comply with such requirements during the following years. It is already notorious that such technologies are in effect on YouTube, where people can’t simply play your music without paying the appropriate royalties in case they monetize their content.

Gauging the public’s interest can be a challenging endeavor when you have no idea what they listen to and whether or not they enjoy it. Artificial intelligence comes to the rescue, and using specific parameters, such as whether someone listens to a song until the end or not, can determine how much and what the public enjoys.

This type of technology can be a powerful weapon for platforms, but it can be used by artists, too. With a system of recommendations that link an audience to the music and artists it enjoys, you have more chances to be recognized.

Help in your creative endeavor

Music-making software is more and more popular these days, and you can learn more about it on Sound-unsound.com. Using a program to generate beats, moods, and other elements of a musical composition can help you a great deal, especially since not many artists can afford an entire orchestra to sustain their composition.

The rise of authoring tools will continue, and they will become more diverse and reliable during the following years. The developers of such programs also expect to see sustained growth and revenue.

Virtual performances will be all the rage

Millennials are all about living an experience rather than owning things, which is something that the music industry also appears to be influenced by. At the end of the last century, researchers were only scratching the surface in regards to how technology could change the music industry. Right now, the future is here, and we witness concerts held by virtual celebrities.

What Gorillaz used to do back in the days and show the world that seeing the actual artists behind the puppetry didn’t really matter will now become the norm. Well established names will be able to use holograms to perform on stage, while Virtual Reality will take over, as well.

Even the voice of the artist can be generated using specialized software and sampling from human voices. A new era has begun and will be here to stay for a while. And V-artists already sing to full houses while those working in the shadows can afford to remain anonymous by choice, and not by rules imposed by the industry.

Are you ready for wearables?

To remain in the realm of experience, it appears that wearables will have an increased piece of the pie. High-tech things you can wear and transmit vibrations and other sensations while listening to music will also become more and more popular.