With millions of streams on Spotify, and a new dance-pop-facing sound, Cheat Codes’ HELLRAISERS Pt. 1 remix album has been a fan favorite early from the jump. Our guys, Los Padres had the honor of getting this mega placement alongside Damaged Goods for their Remix of “Mathematics”.

This remix was flawlessly re-imagined, with a crossover Piano House, Bass rhythm section and some progressive sauce. Both members of Los Padres have been finding success even throughout the pandemic with continuous releases on their very own Chrimatic Records, Official remix signings to include “Pa Ti” by Jlo & Maluma on Sony Latin, and syndicated radio support with “Most Requested Live” where they charted not one but two Top 30 remixes in one month! 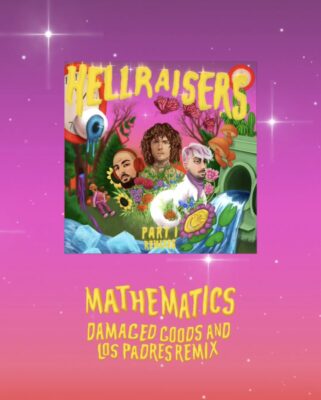 The success of being featured on HELLRAISERS Pt. 1 Remix album has brought some exciting, new ventures to the Los Padres duo. With whispers of a big singing to NYC’s Total Smash, and management with industry leading dance music promoter John Suraci.

There has not been an official announcement yet but from the EDM green rooms we hear of some great things in motion. Some are saying there could be an official remix with a Top 30 DJ in the world on the way. Could captured fans from the Mathematics Remix potentially see releases with artists who have worked with the likes of Tiesto, Kygo, Seven Lions, Excision? With Los Padres loaded with ammunition and John Suraci and Total Smash at the helm, we are pretty confident in the news circling the team is as exciting as it sounds!