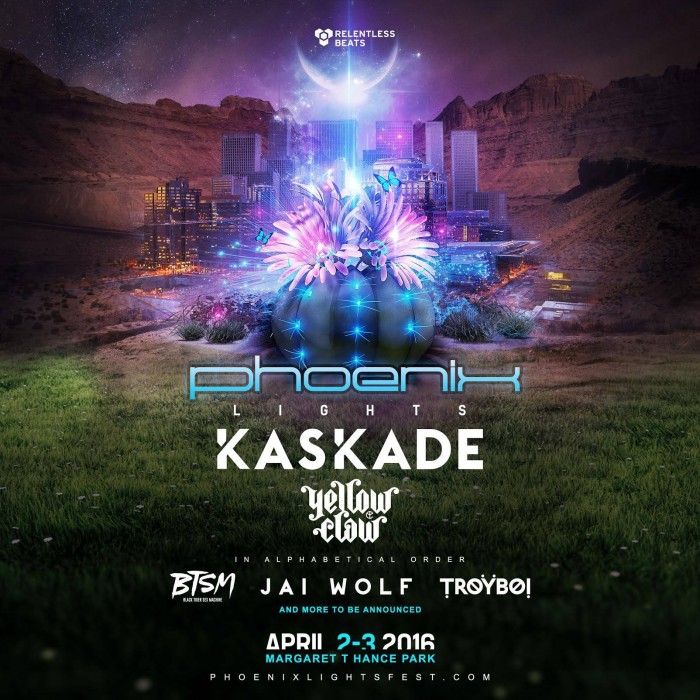 Phoenix Lights Festival elevates towards 2 fantastic days of festival shenanigans to commence on April 2nd & 3rd. While we are still enclosed in the middle of winter, the warm sunrays of April rapidly approaches sooner than you realize!

Included in this round of 2016 rave craze include confirmed acts such as Black Tiger Sex Machine, Jai Wolf, Yellow Claw and Troyboi and many other anticipated acts to be announced shortly.

What we have planned for Phoenix Lights – this will be the perfect way to kickoff the festival season.

Fans can expect state of the art visuals, interactive media, art installations, world class talent and so much more in this exhilarating event in April. To start off the festival season right and grab your tickets, check out the link here.