Fresh from a massive performance at Chasing Summer Music Festival in Calgary, esteemed U.S DJ and producer Justin Caruso teams up with LA-based singer/songwriter Mædi to deliver a pure summer vibe, ‘Good Parts’. The track will be on the cover of Spotify’s coveted ‘Mint’ electronic playlist and precedes his upcoming performance at Moonrise Festival in Baltimore this coming weekend.

Pairing the velvety vocals of Mædi and Justin Caruso’s carefully tuned production, ‘Good Parts’ follows the story of two lovers who parted ways after a toxic relationship while one lover still holds onto the good memories of their past. Featuring Justin Caruso’s flawless instrumentals combined with Mædi’s harmonizing melodies, ‘Good Parts’ contains heartfelt lyricism and catchy rhythms that will light up dance floors worldwide.

With a slew of hit remixes of artists like Kim Petras, Blink 182, The Chainsmokers, Martin Garrix, Hayley Kiyoko and more, Justin Caruso has cemented himself as one of the most sought after producers in the industry. With over 50 million streams worldwide, Justin has released his original, chart-topping track ‘Talk About Me’ and a hit remix of X Ambassadors ‘Unsteady’ with the latter reaching over 18 million streams on Spotify.

LA-based singer/songwriter Mædi has launched into the spotlight with a special appearance on the NBC hit songwriting reality competition series Songland and continues her rise in the industry with a number of features including her ‘Good Parts’ collaboration with Justin.

A student of USC’s prestigious Thornton School of Music, Justin also has opened for 3LAU, Tiesto and The Chainsmokers on North American tours as well as headlining his own “Can I Drop Out Yet” tour across the country. He has performed at major festivals including Billboard Hot 100 Fest, EDC Las Vegas and is currently on a summer tour run with upcoming performances at Moonrise Festival, Omnia, Wet Republic in Las Vegas, and The Grand in Boston. 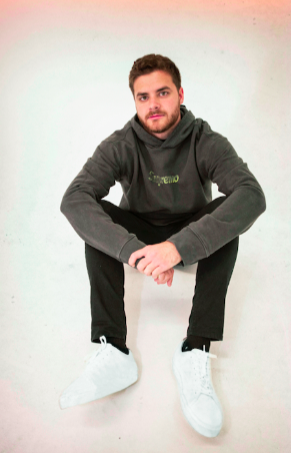 Nocturnal Wonderland Over the Years

Over the years, Nocturnal Wonderland has been a staple to the Southern California scene. As North America’s longest running…

Future house pioneer Tchami unleashed his brand new single, ‘Rainforest’ worldwide as well as the official video via his very…