Interview: LA Riots and DRUU on Progressive Release via NONSTOP, ‘You’re Telling Me’

Veteran dance music artist, LA Riots and buzzing New York house music producer, DRUU put their heads together and created a track at the forefront of electronic music, ‘You’re Telling Me’. Opening with classic dance music vocals that fill the room, heavy tones subtly emerge in the background indicating the heat that is about to ensue.  The track takes off into an explosive tech house beat that is full of innovation with complex synth work and a variety of swinging tech drums.  It’s likely ‘You’re Telling Me’ found a home at NONSTOP for its ability to keep the dancefloor alive, well into the second after-party. 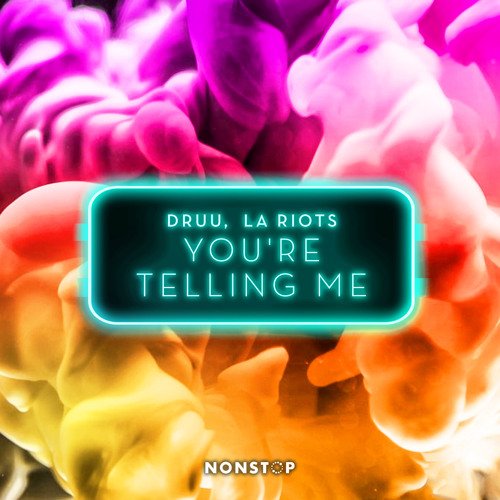 Prior to the release LA Riots and DRUU shared the stage with Roland Clark at The Globe Theater in Los Angeles for a night presented Groove-ism.  After leaving an impression, we reached out for an interview with both Daniel and Andrew. 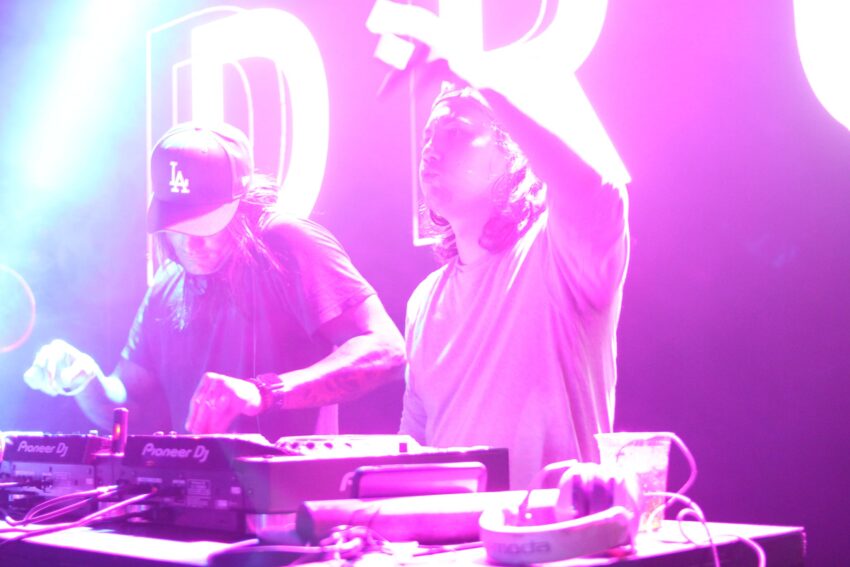 Since landing in the 1 million streams club with his tropical house tunes like ‘Sunsets’ or his rendition of ‘Don’t Worry Be Happy’ that competes with Thomas Jack‘s ‘Somewhere Over The Rainbow’, DRUU has been honing in on a fresh sound over the past couple years.  While quite with releases, DRUU has been popping up as support for LA Riots, Roland Clark, Steve Aoki, Croatia Squad, Gryffin, and countless more including a performance on Groove Cruise Miami, reliably sparking the dancefloor.

Now stepping out with his first release under the tech house umbrella, DRUU is making big moves with this meaningful LA Riots collaboration on Piero Pirupa‘s respected, NONSTOP. 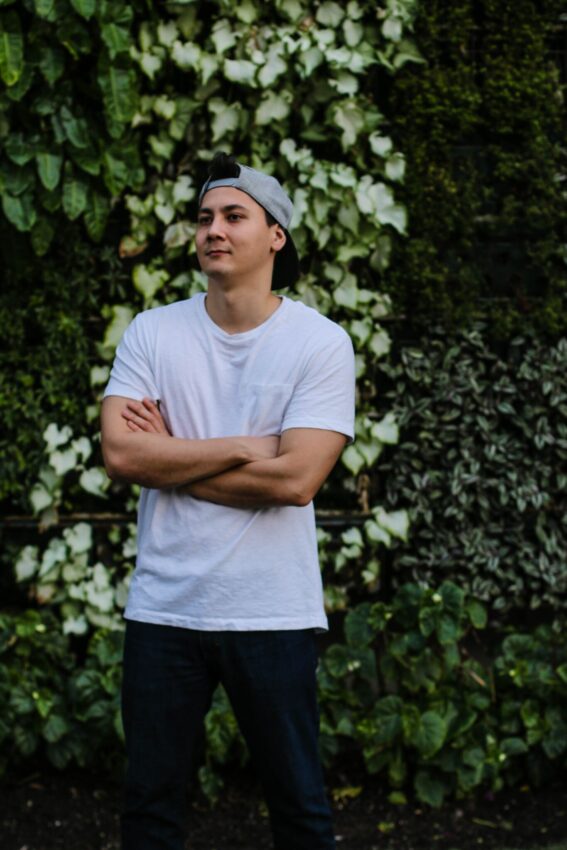 What are a few tracks you are particularly enjoying lately?

Whoa man, that’s a loaded question. I feel like lately there’s been so many killer tracks coming out every week it’s hard to name just a few! A big stand out to me was Acraze’s ‘Do It To It’ and WestEnd’s ‘Get This Party Started’. I’ve also really been enjoying everything John Summit is putting out at the moment.

How was it working with LA Riots in the studio?  Did you get to learn anything during this song writing process?

Actually most of our collaboration was done virtually due to various circumstances and the pandemic, but it was invaluable none the less! I always learn a lot working with others. Working with someone as experienced as Daniel (LA Riots) was definitely a huge privilege.

Have you been collaborating with anyone else lately (if you can share with us today)?

I don’t have anything I can share at the moment, but I’ve been working with a lot of dope artists this past year and there are a lot of great things to come! I’m very thankful for the circle of my producer friends who are always sharing, exchanging, and collaborating with me their works in progress.

‘You’re Telling Me’ looks like your first release in a few years.  How has your sound developed since your last release?

Haha yeah it’s been a while since I’ve officially released a new track. I use to produce and release a lot of chill/tropical house inspired tracks. I gradually grew out of that sound and moved to working on a more refined technical house sound that has been the center of my focus the past 2 years. ‘You’re Telling Me’ is a big release to me for a lot of reasons. Mainly, it’s the first track I’m releasing in the tech house genre space and featuring my new focus. I’ve got a lot of new unreleased tracks that I’m excited to share with everyone and a lot of big things coming up!

I would definitely go for the longest continuous DJ set. That’s one record I hope to get the opportunity to break one day.

Well the current world record for one continuous set is 340 hours of uninterrupted music streamed live from the Temple in Italy. I’d come watch the attempt!  Do you have any exciting plans to end the summer?

I’ll be playing a couple big shows in NYC, including a boat party with my boys Croatia Squad and Capri-Sanj! It will be an awesome way to close out a fruitful 2021 summer.

Immersed in the electronic music scene for over a decade with releases on revered labels such as Dim Mak, Insomniac, Fool’s Gold Records, Spinnin’ Records, Toolroom, Psycho Disco! and most recently REALM Records.  LA Riots has collaborated with the best and has been called upon to remix records by Steve Aoki, The Chainsmokers, Laidback Luke and Tommy Sunshine, among scores more, earning him the status of being an essential piece to the electronic music community. 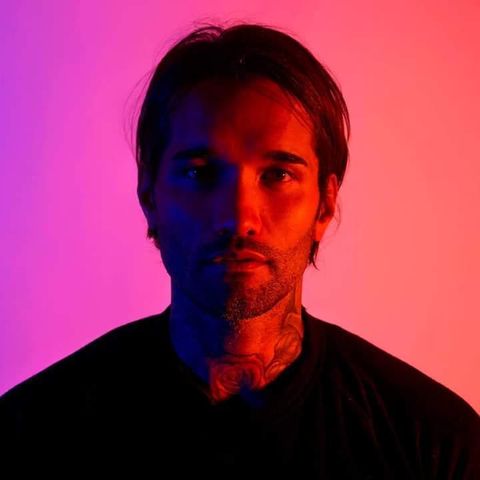 A pretty obvious takeaway was just living small and not needing to have as much stuff. It was always my goal to live in Bali and I had set a date to move there by the end of 2020. I’m part Indonesian, my grandfather is from Sumatra, and a New Zealand citizen so that part of the world kind of made a little bit more sense to me. Whenever I would travel there for shows I never wanted to leave. So as I prepped for the move I started selling all of my furniture and personal belongings.  Each time I would sell a huge piece of furniture that I thought I had some sort of attachment to I just felt so much lighter.. like that was one less thing holding me down.

I went from living in a huge loft in downtown LA filled with all this stuff to a roughly 70 square foot cargo van that I had built out myself.. and I had everything I ever needed. Side note: living in a van and building out a van was also something I had always wanted to do so I figured I could take a year or two before moving to Bali to do that and also get to travel around the states and see as much as possible before I left. I bought a shell of a cargo van.. moved into it the week I bought it and built it out in Home Depot parking lots as I traveled around the country with my pup. I had everything I needed. And the cabin porn book was just a prop wink. 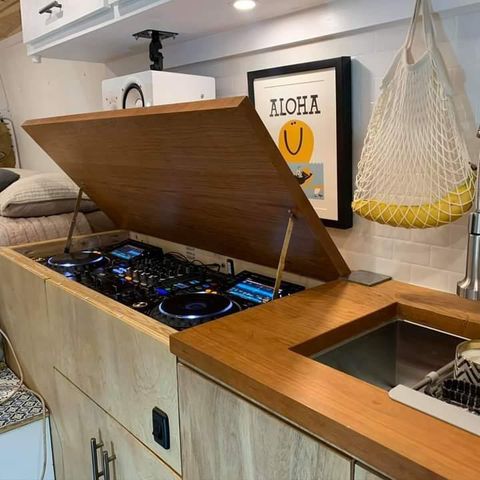 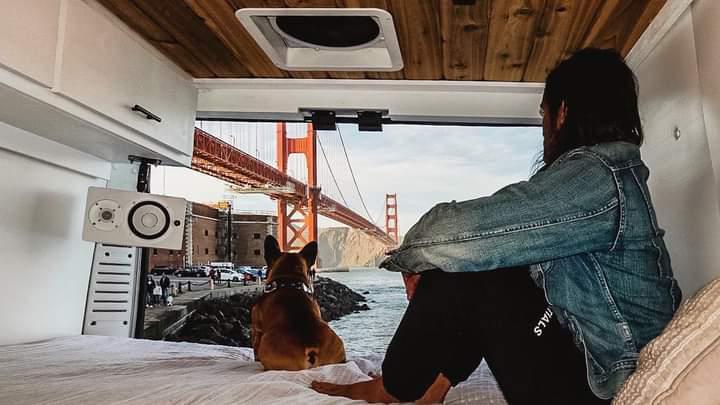 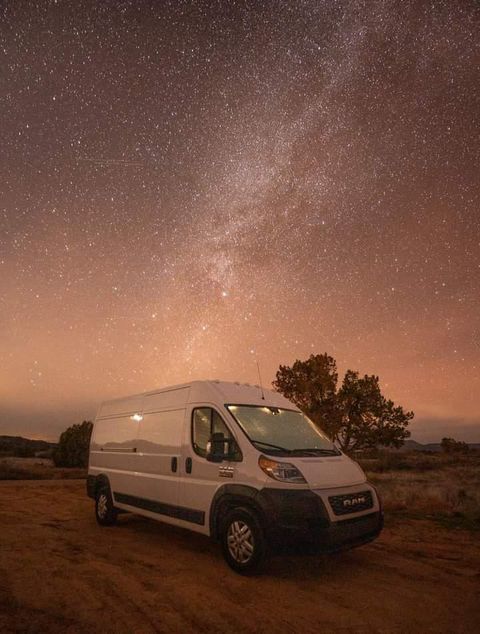 What are a few tracks or artists you have been listening to lately?

I’ve been getting back to my roots a lot more and listening to a lot of drum & bass lately. I started out playing d&b in the 90s so it has always held a special place in my heart. I’ve done quite a few d&b tracks as LA Riots in my time (Stay With Me on Buygore and I did a remix for Rain Man on Dum Mak). I’m just a bit of an amen fanatic.

What is making music about to you?

Honestly it’s about doing whatever you want in that moment. I don’t like to pigeonhole myself by sticking to a certain style and limiting myself. As I mentioned above I’ve made d&b tracks and have also made techno, big room, house, downtempo and even a bit of dubstep in my time. I just do what feels good.

Can you share some words about the production and sound design behind ‘You’re Telling Me’?

When Druu sent me the track it was pretty much a fully developed song.. I just went in and redid the hi hats to give it a bit more of a groove and added the little percussive elements like rim shots and cowbells to fill it out a bit. Added the atmospheric elements (strings and ambient sounds)  and worked on the compression and EQ’ing a good bit.. I tried to remain as true to the song as possible but just make it more suited for the dance floor. When it was originally sent to me I was really into what he had already done with it so I didn’t want to change too much.

What are you excited to do today and over the rest of the year?

I just got back from two months of shows in the states so all I want to do is relax and enjoy my time in Bali. I have a pretty laid back routine that I stick to here and it involves a lot of surfing and not much else. I just finished a new song that I’m currently shopping and will probably finish up one more before the year ends. I have another track forthcoming on Circus before the year ends too so I have that to look forward to.

Nocturnal Wonderland: A Weekend in Review

Insomniac’s 25th edition of Nocturnal Wonderland, was a vast 4-stage EDM world with something for everyone. Nocturnal has…

Providing a vast sea of singers for electronic music producers to discover the perfect tones, notes and intentions to fit…