How To Make Your Voice Sound Unique

The world has been blessed with many fantastic singers throughout the history of modern music. Some of these artists had or have classically beautiful and powerful voices, and others were completely unique.

There are some artists who sounded like no one else, David Bowie, Jim Morrison, and Kurt Cobain, are three people with no real imitators. Then you had the likes of poor Jimmy “Orion” Ellis, who sounded so much like Elvis Presley that record bosses used him to sell discs in the wake of The King’s death. 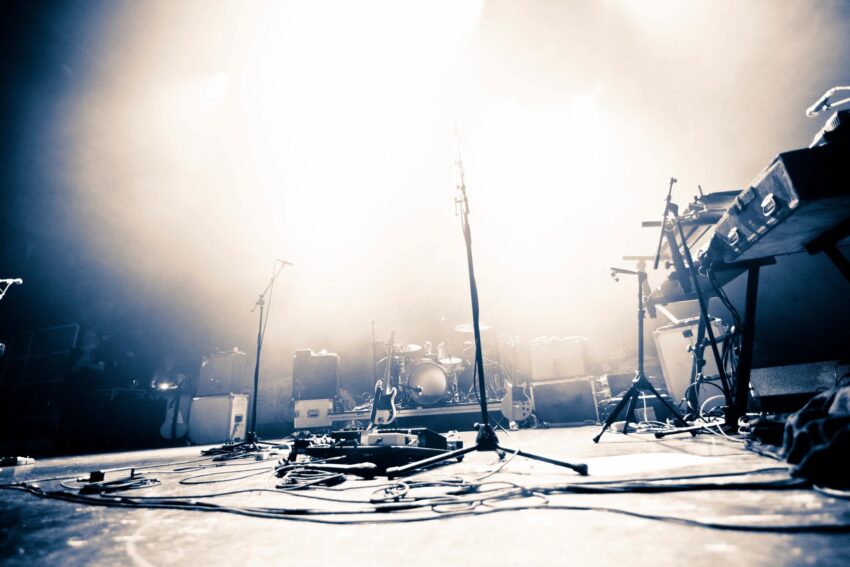 Technology has moved on since these times, and now it is possible to use software and vocal pedals to alter a person’s voice. There is now Smule, a karaoke singing app that lets users add effects to their voices, and hopefully improve their sound.

Then there are the more professional pieces of equipment and software available. These are used by amateur singers and professional artists alike. Generally, they come in two forms, either an app such as Audacity, or a vocal pedal.

What are vocal pedals?

Perhaps you have heard of guitar pedals, if so then that would be a good place to start when imagining a vocal pedal. Instead of plugging a guitar into these pedals, you would attach a microphone.

They can be used to give a weaker voice a bit more power, and they can also be used in tandem with a guitar depending on which model is being used.

What do vocal pedals add?

There are some stunning female vocalists in EDM and other styles of music today, and if you have listened to any one of a number of tracks, you would have heard vocal pedals at work.

Vocal pedals can help with the following areas:

Audio producers use a multitude of tricks to make an artist’s voice sound better, and they can manipulate it with effects. Vocal pedals can alter the voice for not only recording but for live performances too, although some effects such as distortion are usually best left alone.

Carry on reading to see what effects are used by vocal pedals and producers.

There are times when singers need a helping hand. Whether it is audio producers or vocal pedals, both can help with the following areas.

Some genres of music require a dynamic range while others need to be more consistent. Compression allows quiet parts of the vocals to be lifted, and peaks to be lowered.

Some genres of music may require the use of distortion and it would be mostly used in recording along with compression to dynamically adjust the vocals.

Some consonants make harsh sounds, such as ‘s’. Therefore, de-essing reduces this sound. If done by a producer it can be tricky work but it will improve the quality of the song hugely.

The most commonly used vocal effects. Reverb is when a sound is reflected off a hard surface. A pedal can simulate a more natural reverberation.

Changing your voice through software

Smule was originally titled Sing! and has been downloaded now over 3 million times. Clearly then there is either a great desire to sing karaoke or to create a unique singing voice with effects. Or both perhaps.

Then there is Audacity. This piece of software is open-source, meaning that it is free and easily available. Open-source means that it can be distributed, used and even altered, without the need for any license. This has led the software to be downloaded over 100 million times. So much for the success of Smule.

Audacity is a DAW. That is to say that it is an audio editor and multi-track recorder, which lets amateurs and professionals alike, record and mix music easily. It can also be used to manipulate vocals and improve the singer’s recording.

It does this by reverb effects, removing background noise, doubling the vocal track, and through the equalizer.

However, when it comes to creating unique voices and changing things around, one other piece of software has been saturating the airwaves for decades now.

If you have any interest in music that has been released over the last twenty years then you will have heard someone using Auto-Tune. Unless you only listen to instrumentals that is.

While some people love it, there are plenty of haters when it comes to Auto-Tune, and Time Magazine included it in their 50 worst inventions of all time. When you consider that Auto-Tune has been placed alongside DDT, Agent Orange, Asbestos, and even something as bad as New Coke, it’s serious criticism.

Regardless of how Time Magazine views Auto-Tune, there is no escaping it. The software was originally designed to hide imperfections in a singer’s pitch when recording. Now though it actually alters vocals to make them pitch-perfect in the studio or in a live performance.

Why did Auto-Tune become famous?

You can blame Cher for this one. Just over twenty years ago, Cher released her hit ‘Believe’ which was the first song to use Auto-Tune. It gave her a unique sound that seemed to fit that particular time and the record sold over 10 million copies.

It is now used by artists such as Beyonce, Kanye West, Frank Ocean, and Bon Iver. Singers like Beyonce don’t need Auto-Tune to sound good, but they use it to create a unique vocal when needed.

Nowadays, many of the albums and singles that make it into the charts and on the airwaves will have Auto-Tune involved. If not, then there could well be vocal pedals involved. And on that note, you might be interested to know that there are Auto-Tune pedals available now too.

Can vocal pedals and software make anyone sound good?

If you cannot sing then using effects and software isn’t going to help. However, vocal training could get someone unable to sing to a level where software such as Auto-Tune could then make the vocals acceptable.

Vocal pedals and software are best used when singers are looking to create their unique sound. This may be for a whole album, or perhaps just for a one-off track. Vocal pedals can help with consistency and keeping the tone the same each time the artist sings. Or, they can be used to change the vocals for one particular recording.

Vocal pedals are a serious piece of kit and are used by professional singers to give them control over their vocals. Brand names such as TC Helicon, Boss, Roland, and Zoom, make quality vocal pedals, and these are the ones you may want to investigate.

Electric Zoo Supernaturals is planning to go full steam ahead after the postponement last year. It will be interesting to see if any of the vocalists will be using Auto-Tune and vocal pedals in their performances.

If you are looking to create your own voice then test out some different types of pedals, or download an app to play with your vocals until you find the result you want.