With pre-pandemic energy Gorgon City, Hayden James‘ and Nat Dunn‘s, ‘Foolproof’, finally surfaces on Australia’s Future Classic Records after over a year in the vault. Blending pop sensibilities and undergroud cred, ‘Foolproof’ offers something for the house heads and mainstage heartthrobs. 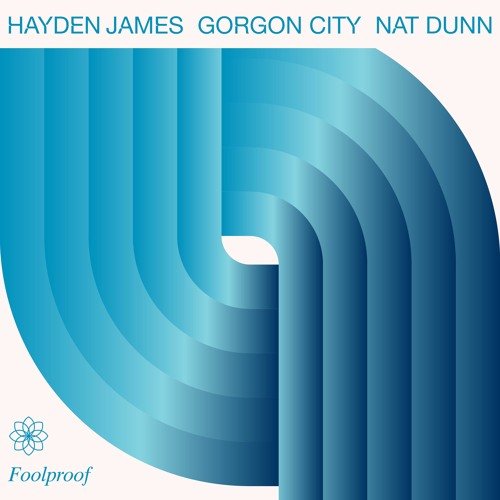 Triple-platinum songwriter and producer Hayden James comments, “Foolproof is a very special record for me… I’m such a big fan of Gorgon City and of course Nat Dunn and this song came together so naturally in the studio. Great to have this record out, as it was the last studio session I had before lockdown.”

Nat Dunn notes — “Foolproof’ is about unanticipated romance in a world where I was moving so fast for so long – I had never stood still. It was the anchoring effect of that love that felt like anything was possible.”

The first platinum record Hayden James’ created was ‘Permission to Love’ in 2013. Then in 2019, his debut LP Between Us earned platinum status, combined with collaborations with the likes of Elderbrook, Running Touch, Boy Matthews, GRAACE, and FARR James’ discography is constantly spinning.

Gorgon City is coming off a world renowned release with DRAMA ‘You’ve Done Enough’ as they remain at the forefront of house music while kindly keeping us entertained with fresh sets over the past year. The REALM label bosses are gearing up for an already sold out Back To Love music festival in London with Sonny Fodera, set to take place June 2021, covid-19 permitting.

Nat Dunn and Hayden James previously joined forces on ‘Favours’, a track released as part of James’ debut LP in 2019. She also releases records professionally as part of NAATIONS with Nicky Night Time and has song credits with Kygo and Marshmello.

You may remember Contra Scandal opening for NGHTMRE, SVDDEN DEATH, Subdocta, Caspa, Trampa, Tripzy or Leary and performing at The…