All
By June Hernandez 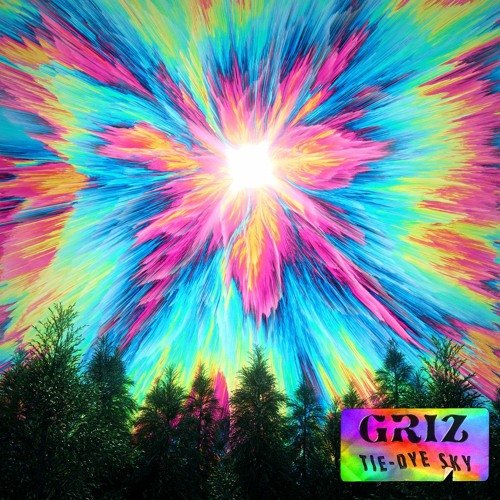 This vibrant track is just one of the latest offerings GRiZ has in store for 2021, promising a brighter future. The track is reminiscent of the golden age of dubstep, honoring its groovy roots while using GRiZ’s unique flavor to push the boundaries of the genre. ‘Tie-Dye Sky’ continues what has already been a productive year for GRiZ, as he continuously establishes himself as one of the most celebrated artists in his space.

Speaking on ‘Tie-Dye Sky’, Grant says, “To me this track is like staring up at the sky and watching it explode into a kaleidoscope of colors.”

‘Tie-Dye Sky’ follows a fiery series of 2021 bangers from GRiZ, including ‘Astro Funk’, ‘Bring Me Back’ with Elohim, ‘Ease Your Mind’ with Ganja White Night, and ‘Vibe Check’. Each track is filled with nothing but good times and good vibes, carrying unique DNA exclusive to GRiZ’s stylish production and with it, a truly positive message, to live life to the fullest and to do so with love in mind. ‘Tie-Dye Sky’ is no exception, melting the sound waves into mind-numbing frequencies and taking the experience on a joy ride ride through Grant’s colorful psyche.

The anticipation for what’s next for GRiZ builds with each release in addition to announcements of massive multi-night shows. Two of the shows, ‘Another World’ and ‘Space Camp’, sold out within hours of going live. ‘Another World’ takes place at Denver’s 1st Bank Center on October 29-31 while ‘Space Camp’ is set to go off at Virginia’s iconic Hampton Coliseum December 17-18.

GRiZ most recently announced his ‘GRiZMAS In July’ double-header set for July 30-31 at the Riverfront Park Amphitheater in Wilmington, North Carolina. Having already sold out for Saturday, fans still have a chance to secure tickets for Friday’s show at the link below:

‘Tie-Dye Sky’ showcases GRiZ’s 2021 mission to release the music he loves and spread his message to the masses at all his favorite places. Stay tuned to ThatDrop for more surprises to come!

mng_0 Releases Remix of REZZ’s ‘Taste of You’