Following the release of his highly-praised album Visceral, Getter is currently embarking on a nationwide tour. So far he’s played in Oregon, California and a few other states so the tour is still fresh. Last night, March 9, I had the opportunity of attending one of his sold out shows in Boulder, Colorado at the Boulder Theater.  What I experienced was beyond words.

Most electronic music fans will associate Getter with being a kingpin in the world of headbanging dubstep.

If you search him on YouTube, the first thing that pops up is his jaw-dropping video for “Head Splitter”. Likewise, with his acting fame from Real Bros of Simi Valley and the viral “Suh Dude” phenomenon, it’s easy to assume that his character revolves around partying and getting rowdy. However, during his show last night, I witnessed the polar opposite. 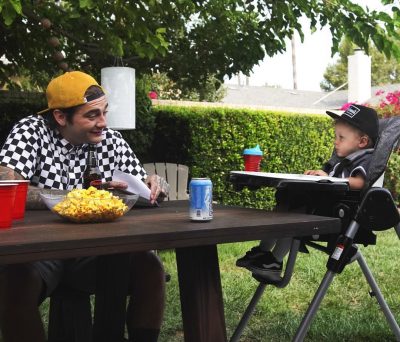 The night began when the curtains dropped and his set was revealed for the first time. Huge, prehistoric bones lined the sides of the where Getter performed as if he was inside the rib cage of a dinosaur. Behind him was an immense light board that spanned the entire main stage. This set production was incredibly unique and acted as a perfect backdrop for his music. 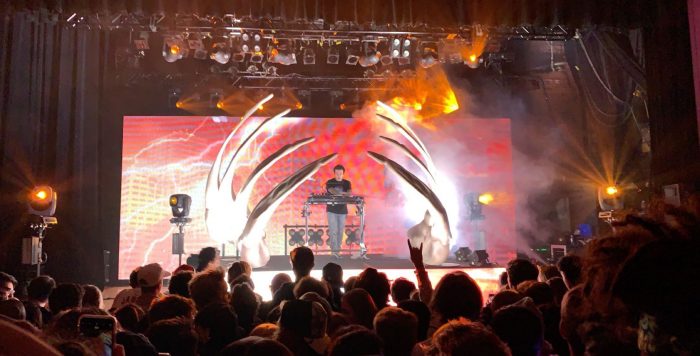 Unlike your typical EDM set-list with a change in song every 30 seconds, Getter decided to play every track off his Visceral album from start to finish. This choice in song structure made the show seem less like a DJ set and more like an actual performance. With each song, there was a corresponding animation played on the light board. Now that the album is stripped off his SoundCloud, you will have to go see him live to have any idea what his new trancy passion project is all about.

These visuals were especially complex and beautiful which aided in getting the message of each specific track across. For example, during “Solo”, a song about always being there for someone, there was a gold heart that rotated slowly. On the contrary, when he played “All Is Lost” there were images of cities engulfed in flames. What a trip.

The night ended with an appearance by Terror Reid, Getter’s rapping alter ego. He spit bars into the mic and got the crowd bouncing up and down.

The energy in Boulder Theater was still buzzing in shock long after he finished.

My experience during the Visceral Tour was totally unexpected. Instead of the headbanging, party vibe that Getter normally carries with him, I got to see an emotional and more vulnerable side of him. The set production and overall thought that was put into this performance was extraordinary.

If the Visceral tour is coming to a spot anywhere near you, BUY TICKETS. I promise that you have never seen anything like it. 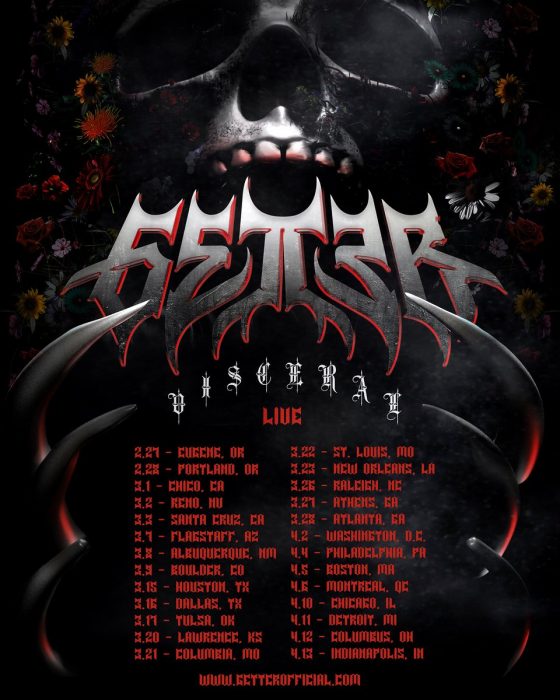