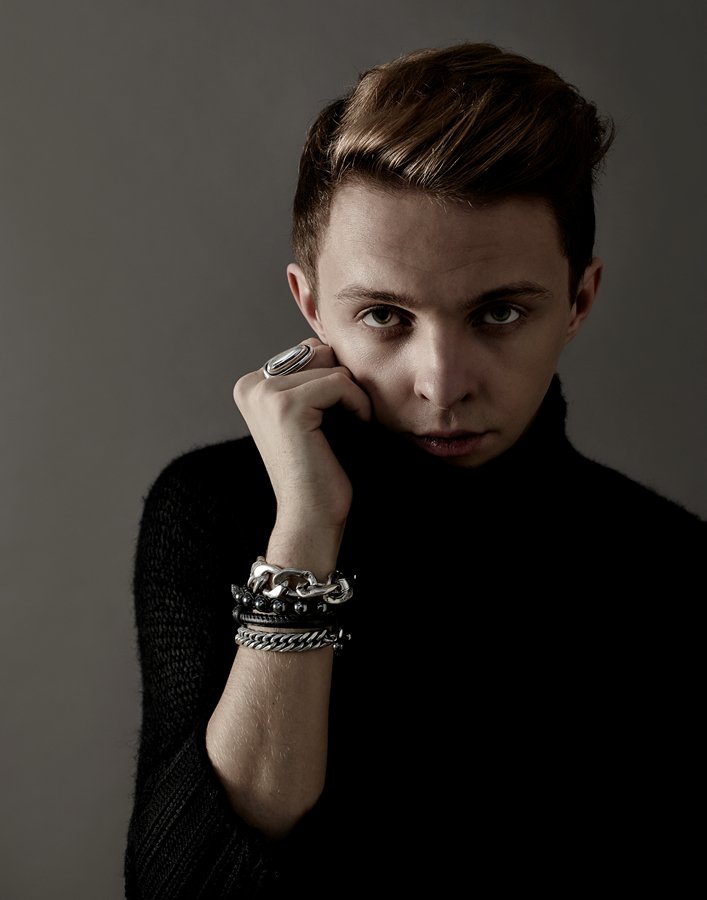 ARTY is a name that’s been on the tip of everyone’s tongue since the Russian-born producer first exploded onto the international dance music scene in 2009.

While 2009’s Vanilla Sky EP brought massive attention to the young producer’s work, it was 2010 that brought ARTY to the world stage after Armin van Buuren and Above & Beyond began supporting the up-and comer.

After being featured on Armin’s A State of Trance and signing with A&B’s Ajunabeats label, the sky became the limit for ARTY’s transcendent sound.

After spending the last 2 years in flux between creating in the studio and destroying the world’s dance floors with his sky-high sound, ARTY is soon to emerge with his newest creation: the Glorious LP (slated for release on Friday, October 9, 2015). 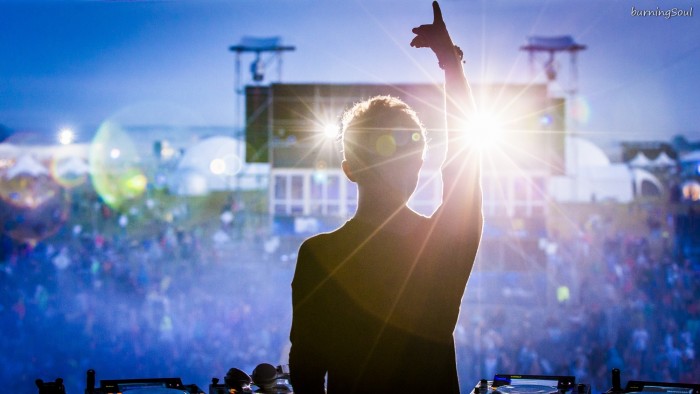 In order to dig deeper into the burgeoning DJs star-studded career, we asked ARTY a few questions about his music, inspirations, Glorious, and more – here’s what we got:

If you could describe your music in one word, what would it be?

What inspires your music?

Everything that I see or hear. Inspiration is everywhere around us. It just really depends how you reach it out and how much you’re open for it.

What first pushed you toward playing music for a living? Did you start with other instruments/styles before moving to electronic music? 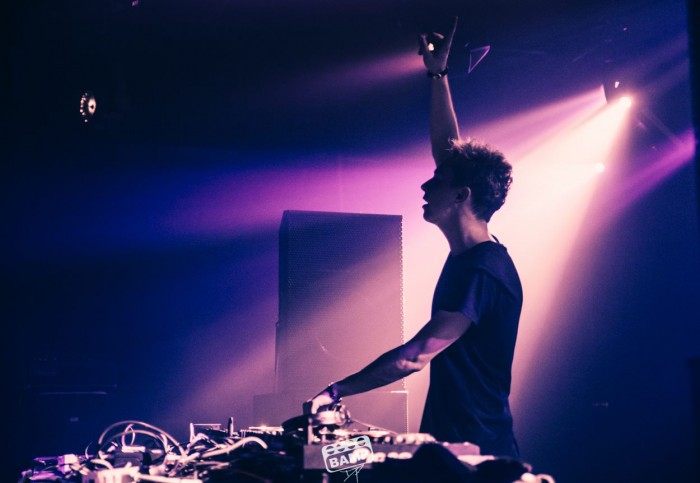 When you decided that you were going to pursue music full-time, what pushed you to that point?

I guess it was moment when I realized that my music was good enough to show it to record labels. So, I started to send it to many different labels and signed my first tracks in 2009. After the first release, I fully committed myself to music-making.

What do you do to wind down and chill outside of making music?

I love good video games and movies. Also, reading books and playing sports during my spare time. There are so many things to do outside of music, but there is not that much time for it.

What’s something that your fans would be surprised to learn about you?

Well, probably my education. It still sounds weird when I tell people that I got a mechanical/mathematical degree.

How do you keep the energy up each and every night while out on tour?

Playing shows for my fans is what I LOVE to do. So, even if I’m totally exhausted, I go on stage and give 200 percent to the crowd, because they really deserve it.

Do you have any crazy tour rituals or superstitions?

Not really. My main ritual is to work on the playlist before the show and make sure I have all the necessary records that I might need during the upcoming show, even if I’m not following a playlist in most cases.

Your new record drops on October 9, can you tell us about the 2 year journey that it took to create Glorious?

That was a really creative and challenging two years for me. You can actually hear it from my album. There is a visible line from track-to-track of me changing within this past time. And I think the major beauty of the album is that you can actually feel how [the] artist is changing his musical and personal views as the time goes. 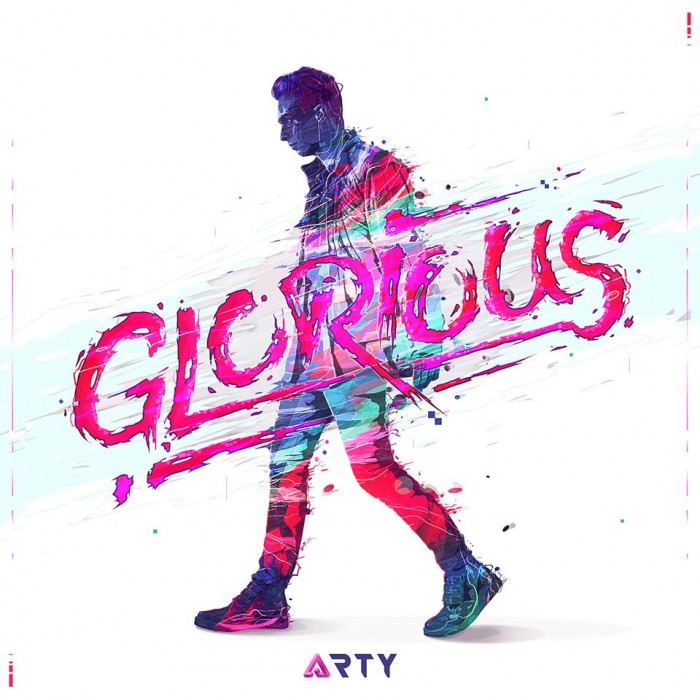 Is this a more personal album than previous records that you’ve produced?

All of the music I made over the past years was personal for me because each track and remix means something; you actually put some part of yourself into creative process. It’s just different with the album because it’s a whole record where every track is somehow connected with another and the whole thing makes sense only when you listen to it from start to finish.

What else can you tell us about the album (anything and everything that you’d like to share)?

I’m excited for people to hear it and see what they think about my music. It’s really diverse in terms of style, sound-design, mood and lyrics. And yet, all tracks have something in common. It’s really hard to explain, you don’t feel it while you work separately on every song, but the things here and there in every track create a general picture and the album sounds like a single piece of music.

You’re playing the U.S.’s largest Latin music festival, L festival, shortly after the release of Glorious, what can fans expect from your set? Will you be going for a Latin vibe or playing a pure ARTY set?

That would be pure me! There’s going to be enough artists who represent their own Latin sound, so I don’t need to go in that direction. 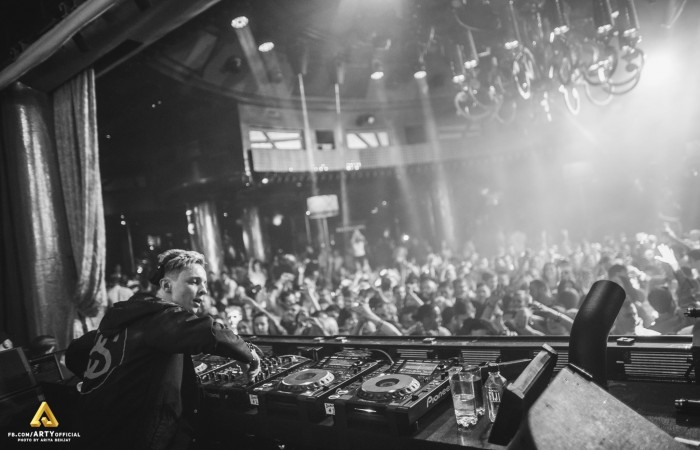 And now onto the rapid fire round…

Favorite track (or tracks) of all time?

Orbital – ‘Halcyon and On’

All of them are my favorites.

Waiting in the middle of a 20 thousand person crowd when Deadmau5 dropped Ghost’n’Stuff last year in Australia.

Somewhere I’ve never been before.

Any place where people are excited about my music.

Life philosophy in 5 words or less?

Love your family and friends. 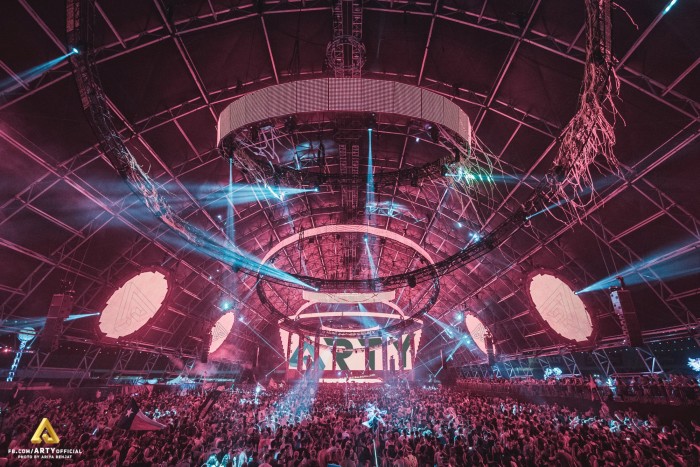 Wise words from the worldly producer.