Over 23,000 lives have been changed forever by an oceanic experience unlike anything else on earth.

The Groove Cruise grew exponentially from their humble beginnings in 2004 with a group of 125 friends, eventually erupting into the world’s largest floating dance music festival.

Sailing yearly from both coasts of the USA, we got the chance to sit down with The Groove Cruise’s Rafi Leibowitz and pick his brain about the evolution and future of The Groove Cruise. Here’s what we got:

Can you tell our readers about the evolution of Groove Cruise over the past couple of years?

I started working for the company in 2011, and we have grown exponentially since that time. The most recent development was taking our brand to the west coast and [we] did the first EDM ship cruise in LA.

That was in 2013 and since then we have had two consecutive sell outs in 2014 and 2015. As far as Groove Cruise Miami is concerned we are always trying to innovate and do new things each and every year. This upcoming year we will be going to Jamaica for the first time.

What do you see the Groove Cruise brand evolving into next?

That’s a tough question, it is something we have been going back and forth about in the office over the past year. We are really trying to gear into a more international expansion and take the Groove Cruise brand over seas. 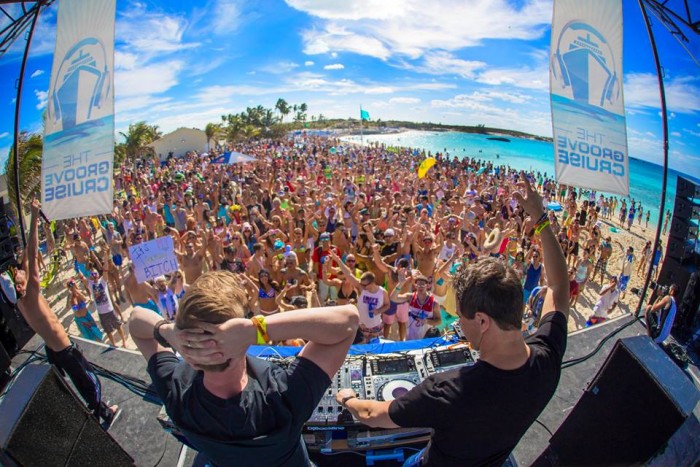 Are you ready for your voyage? Photo – The Groove Cruise – Facebook.

What exotic destinations can we expect future Groove Cruise voyages to visit?

Like we mentioned before Jamaica is a new destination that we are traveling to in January. Its been a destination we have been working on for a very long time and we are really excited about that. We have private beach and waterfall party is scheduled there throughout the weekend with all inclusive food and alcohol while on the mainland.

What has been the biggest influence on Groove Cruise?

Cruise Ships are such unique and intimate venues for people to go and spend time with their friends and have really immersive experiences. There were music cruises in the past but up until The Groove Cruise came along they were all family orientated and fairly boring and has no nightlife. So our vision was to take a cruise ship and fill it with 3,000 of our friends and music that we liked to throw a nonstop party like we have today. 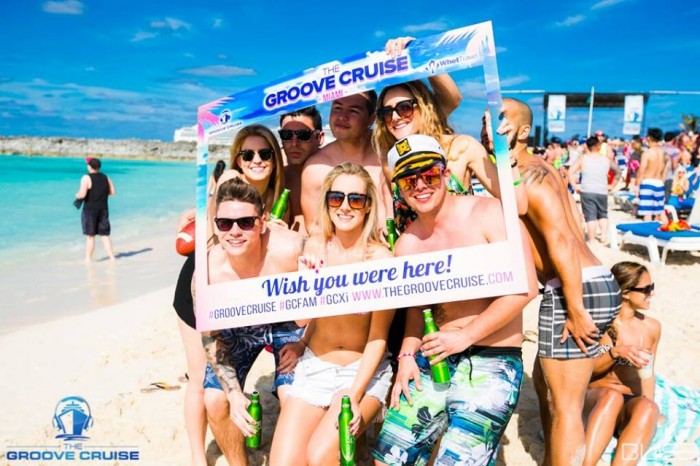 The Electronic Dance Music scene has been changing rapidly over the last few years, how will Groove Cruise adapt to the massive explosion in popularity and how will that effect the future of the cruise line?

I definitely agree the EDM scene has continued to evolve and change at an alarming rate. We have always tried to keep our cruise consistent whether it be artist lineups or on board events.

I think you’ll find that Groove Cruise has a pretty strong identity in how we operate. As far as what we will be doing to keep up with the trends of things and the consumer feedback, we are very big on listening to our attendees.

What was the influence behind the creation of the latest Groove Cruise Miami After Movie. Why did you decide to create a story versus a more party orientated after movie?

We like all of our videos to tell stories as opposed to shooting a DJ from behind some CDJ. That is a pet peeve of mine. I think especially something like the Groove Cruise we could show so much more immersion in the experience than that. We want to show what the attendees are really experiencing.

We typically pick a handful of attendees to film. After Groove Cruise Miami, we had a five episode mini series each one having a different angle whether it is the DJ’s or people who have met and fallen in love on the trip.

Are you ready for your voyage?

Tickets for January 2016’s Groove Cruise Miami are still available, and you can save up to $200 per cabin with the promo code, “thatdrop”.

Groove Cruise Los Angeles is sold out, but you can join the waitlist for next year here.