It’s no secret that Excision has appealed to the masses for some time now. His productions have convinced headbangers to flock from all around the world to witness the come up. Excision solidifies the idea that he’s the whole package. Known as a top notch producer and flawless event planner, his projects have only increased in size and quality. The year of 2017 will always be the moment when Excision’s grand ideas really started to take hold.

The details surrounding Lost Lands are always promised to be top notch in terms of atmosphere, lineup and production scale. 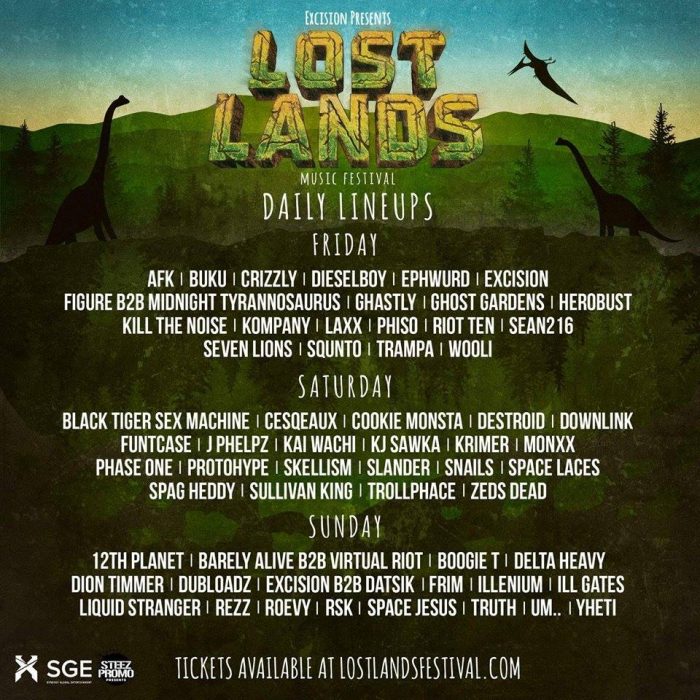 The first year included 1,000,000 watts of bass alongside artists like Destroid, Kill The Noise, Funtcase, Rezz, Boogie T and so many more. The addition of massive, interactive dinosaur replicas is one that brings old history to life in the current day. While Lost Lands succeeded the high expectations, it became known that Excision had more plans for the festival scene.

Fast forward to 2018, the glorious year Excision announced he was bringing Bass Canyon to Washington. The inaugural Bass Canyon was set to take place at The Gorge Amphitheater. Known as the most scenic venue in the country, the overwhelming excitement of Bass Canyon finding a home at The Gorge was impressive. Aside from having all of this on his plate, Excision is still loyal to his annual tour dates.

The Apex Tour is one of many ventures Excision has planned for 2019.

Featuring none other than Sullivan King, Squanto and Hesh as Excision’s support it’s without a doubt this will be his best tour to date. You can expect up to 250,000 bone crushing watts of PK sound. Among the included dozens of tour stops you can see the Apex tour in states like Nevada, New York, Chicago and Ohio. Grab this filthy free download from Hesh.

To prep you for the madness, we’ve listed some of the most recent releases from the man himself.