House music’s finest Dom Dolla & Sonny Fodera made an extraordinary return to Los Angeles this past Saturday night, selling out a 6,300 cap room. The event took place at one of the city’s most historical and acclaimed music venues: the Shrine Auditorium.

Last October, the two house tastemakers drew an endless line outside of Sound Nightclub filled with eager event goers ready to bust down the doors. Sound and Goldenvoice quickly decided to join forces and give house heads exactly what they wanted: more Sonny and Dom. The event organizers evidently added in some impressive openers like Bones, Lee Wells, and Cassian along with some surprise guests, making February 15th an unforgettable night.

Local beatstylists Bones & Lee Wells warmed up the dancefloor with a b2b set filled with pure, classic, old-school house. It’s not the first time these two have collaborated for a live set. You may have heard their names from their own Saturday show ‘House Heads’ at Sound. These two are separately and collaboratively crushing the scene in SoCal, and it’s not long before they take on some brand new cities.

Aussie producer Cassian is quickly catching speed with his thundering and hypnotic deep house style. He has even released tracks through Rufus Du Sol’s label: Rose Avenue. On Saturday night, Cassian sent chills up the spine with a cohesive blend of hauntingly melodic songs, especially with his remix of Yotto’s “Nova” single. These guys really pulled the night together.

Dom Dolla & Sonny Fodera pumped endless energy into the crowd for the rest of the night. 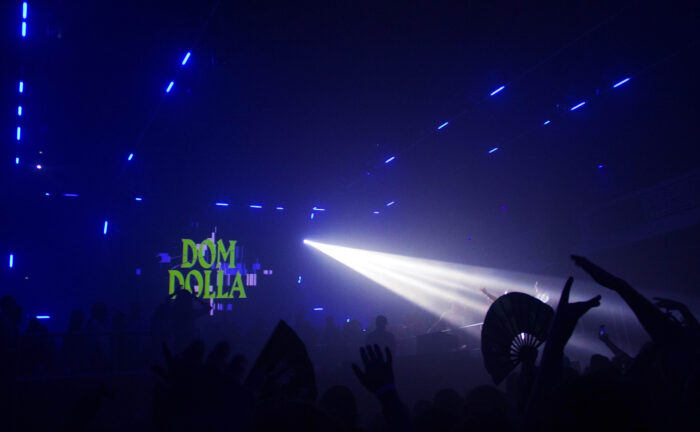 Dom Dolla at the Shrine Auditorium – Photo by Sarah Wong

Soon after, Dom Dolla approached the decks and elevated the crowd to the complete next level. With chomps of dark techno mixed with Nightbass and Dirtybird bangers, his live set was every tech-house fan’s dream.  It’s obvious his influences have impacted his stylistic approach. Dom Dolla’s global hit “Take it” garnered attention from Pete Tong, Billboard, BBC Radio, Triple J and took the #1 spot on Beatport’s overall chart. His latest release “San Frandisco” is already garnering  a considerable buzz as well. Here’s some notable tracks that Dom Dolla dropped throughout his set. 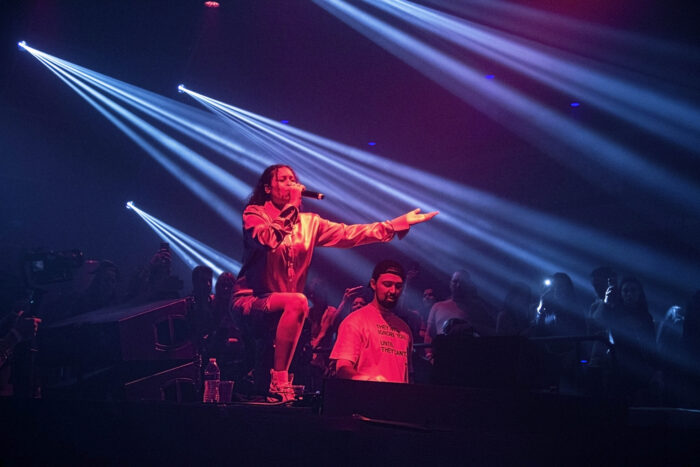 London’s House maestro Sonny Fodera is known for his expressive and groove centric tracks that easily hook music fans in far past the first listen. His unique sound design remains completely authentic to the genre. His pristine mixes showcase a sweet synergy of his standout originals and remixes. Seeing him live was impressive to say the least. The dance floor lost it during “Give Me A Reason” and his brand new song with MK called “One Night”. Sonny even brought out special guest: AlunaGeorge who’s powerhouse pipes added an amazing live touch to the show! To wrap things up, Dom Dolla came back out to do a b2b with Fodera and it couldn’t have ended the evening more perfectly. 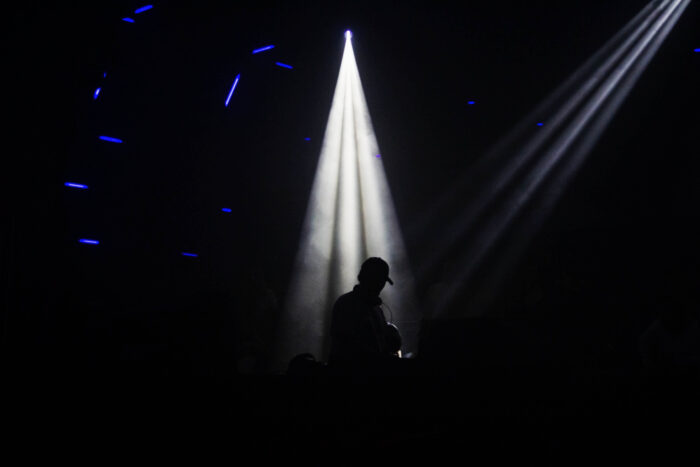 Sonny Fodera at the Shrine Auditorium – Photo by Sarah Wong

Stream Sonny Fodera’s “Give Me a Reason”: