We couldn’t help but ask ourselves where this experiment in combining “organic” and “electronic” could take us after experiencing the pure electro-pop, and sometimes folk vibes, of Adrian Galvin. This producer is A.K.A. Yoke Lore. However, the master of the ambient, organic stylings, Chad Valley, was just around the corner. His newly released remix of “Only You” packs just enough production-laced punch to size up the original. 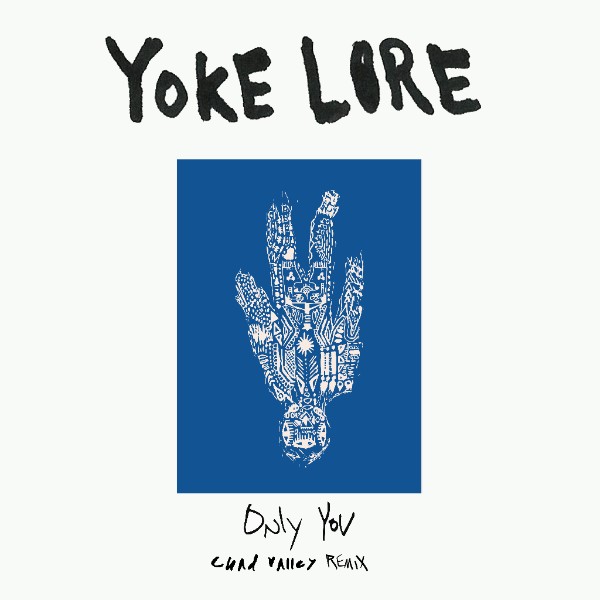 Chad invites more instrumental layering surrounding the vocal line to round out the emotional presence. The vocals retain their original layering.

He gives the track an occasion 8-bit spin which harks back to early Dido albums. The calm, collected vocals match Chad Valley’s direct, soft approach. The track is allowed to flourish under ambient trance-like definitions while still containing pop sensibilities.

What makes this remix unique is the attention the producer took in making it palpable for fans of both electronic music and Yoke Lore.

Yoke Lore is an experiment in combining indie-electric sensibilities. This remix of “Only You” captures the catchy, Tom-Tom Club-like vibrations the track emits. Many automatically associate dance music with electronic sensibilities, but Yoke Lore and Chad Valley prove you can dance without the bells and whistles. Within simplicity, “Only You” has morphed into a calming club track that enjoys its brunch just as much as its liquor.

Press play and enjoy “Only You”:

You forgot how to love, I’ll remind you
Leave this city and fill you up
I was hungry you were stuck
Even though no sticks and stones
You still come through my broken bones

Walk Through A Chilling Photo Tour Of Insomniac’s Escape Halloween