When you think about dance music, the first thing that pops up in your mind is club music. This means that dance music, most likely, originated in the middle of the early 1980s when the first house music arrived. But what about disco that was popular the previous decade? Actually, the history of dance music is much older than you might have thought. 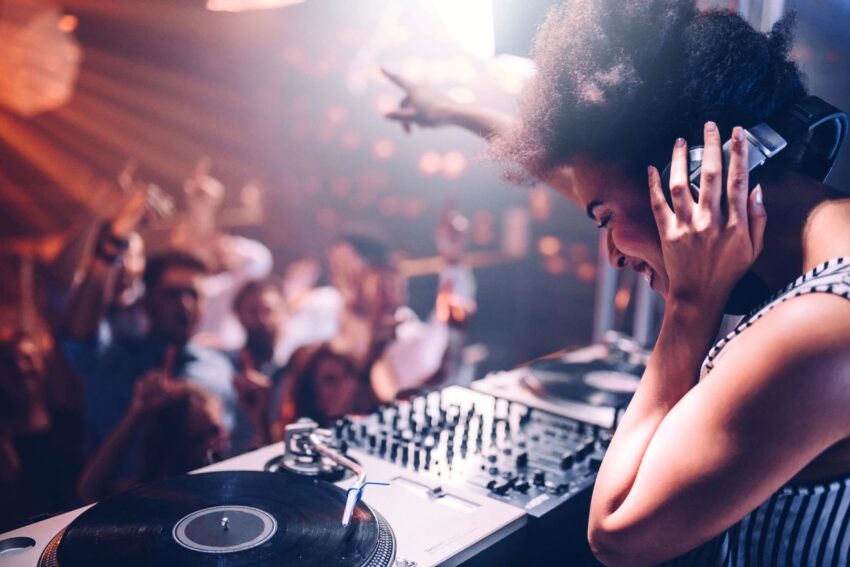 The origins of dance music date back to tribal dances. But we will leave the explanation of how it evolved from folk dance and ballroom music; to disco and house music, to techno and EDM, to music historians. After all, regardless of the knowledge of its history, we cannot resist those beats.

Obviously, if you were given a choice between writing an essay on the history of dance music or going to the club and enjoying the music per se, you would’ve chosen the latter option. Gladly, you can always win some time to relax and have fun by using one of the do my assignment services, and have the time of your life! Let the professionals do your homework while you take some time off.

But dance music is not always for dancing. People enjoy simply listening to dance music. After all, not all dance music aficionados enjoy going to clubs. So, why do people enjoy music designed for dancing without actually dancing? It turns out that electronic dance music has several benefits:

It’s been frequently said that electronic dance music brings back good memories, but a song of each genre associated with a certain event in your life will bring them. Thus, that aspect is not exclusive. And if you enjoy listening to dance music, you may want to discover new artists that work in the genre.

If you take the music of the last decade, the names of those working in EDM will quickly come to mind: Zedd, Martin Solveig, David Guetta, the Chainsmokers, and the late Avicii. Artists with established careers that you can frequently hear on the radio or find them trending on streaming platforms. But some exciting artists are still under the radar.

Sometimes you can pen a platinum-selling single without achieving much fame. Dallas Jerome Koehlke is a Los Angeles-based DJ, singer-songwriter, and artist.

Since 2010, he has worked with renowned DJs like Tiësto, Nicky Romero, Skrillex, and Martin Garrix. He produced remixes for artists like Pharrel Williams, MGMT, and The Chainsmokers.

Still, the general public knows him mostly for “Work from Home” by Fifth Harmony. DallasK was one of the co-writers and the producer of the song. The song has reached top-10 in twenty countries, accumulating sales of around ten million copies. Still, hit singles are generally associated with the performers rather than the authors.

Koehlke’s contribution to the song didn’t improve his chart standings at all. None of his singles ever reached top-30 on the Billboard Dance charts. Still, it allowed him to work with famous DJs from around the world. Who knows, maybe his fusion of EDM and big room house will get under the spotlight later.

They produced eight top-20 songs on British charts, four of which reached the top-10. Four multi-platinum singles and the album, despite barely missing the top-30, went gold. That’s surely someone who’s in the spotlight. Well, not exactly. You may whistle the tunes produced by him, but the name Jonas Blue will unlikely come to your mind.

Since 2015, Jonas Blue has released over twenty singles and one album. He has produced remixes for artists like Ellie Goulding, Zedd, Ed Sheeran, Birdy, and Bastille. He has worked with Felix Da Housecat and Paloma Faith. Throughout his career, Jonas Blue has acquired five Brit Awards nominations. Despite that, he remains criminally underrated.

But it’s possible that he will gain more popularity later. His main style is mixing romantic ballads with electronic beats. And dancefloors and radios seem to enjoy it. Maybe with time, the tracks that are perfect for long summer drives will gain more appreciation, which will undoubtedly increase Jonas Blue’s fanbase.

Bruce Fielder, better known by his stage name Sigala, is an English DJ and producer. Sigala finds himself in a situation similar to Jonas Blue. Multiple top-10 singles, several awards and nominations, and collaborations with famous artists. Throughout his career, he has worked with Lewis Capaldi, Paloma Faith, Meghan Trainor, and even Nile Rogers. But the situation with being underrated is a bit tricky here.

Sigala is quite popular in the United Kingdom but is barely known outside. Is it the lack of promotion? Maybe. Are his tracks being too British for the outside world? Surely no. Perhaps, it has more to do with time. A lot of British artists, despite being popular in their homeland, remained unknown in other countries before getting international exposure.

Isabella Rezazadeh, known professionally as Rezz, is a Ukrainian-born Canadian-based DJ and producer. She’s been silently producing music in her bedroom since her teens. She had been uploading her tracks on SoundCloud before getting noticed by Skrillex and Deadmau5. In 2015 she released “Insurrection,” her first professional EP.

Her debut album “Mass Manipulation” peaked at number 16 on the Billboard Dance/Electronic Albums chart and won Electronic Album of the Year at the 2018 Juno Awards. Her discography consists of three studio albums and four EPs. Aside from that, she has created remixes for artists like Marylin Manson, Grimes, and Jean-Michel Jarre.

Despite all of her achievements, she’s far from having mainstream success. None of her songs have been on the charts. It can partially be explained by her experimental approach to music; experimentation takes time before making an impact. Quite possible that within several years you will be able to see Rezz on the main stage of festivals.

Aleksandra Lilah Yakunina-Denton, known professionally as Shura, is an English singer-songwriter and producer. She works mainly in new wave, electro-pop, and alternative pop genres. Since the beginning of her career in 2011, Shura has released two LPs and fourteen singles and provided remixes for artists like Jessie Ware.

Her debut album “Nothing’s Real” was released in 2016 and passed almost unnoticed outside of the UK. This is a pity, as she has created a perfect 1980s-inspired record packed with songs simple enough to be radio-friendly and experimental enough to be interesting. Think of Madonna’s debut LP, but slightly remixed by Portishead.

Those five artists are just a few from dozens of exciting EDM producers from around the world that receive little attention. But it takes time to achieve success. It took Moby almost ten years and four albums before his fifth LP, “Play,” pushed him to megastardom. There are thousands of interesting artists that still wait to be discovered.