This week brought particularly good releases by Yotto, BRONSON, Tyu and Kevin Knapp with Mat.Joe and Maximono all dropping on exciting labels to follow such as Rose Avenue, Dirtybird and Monaberry. Enjoy exploring 4 of the best releases for the week while hearing from the artists and labels themselves. 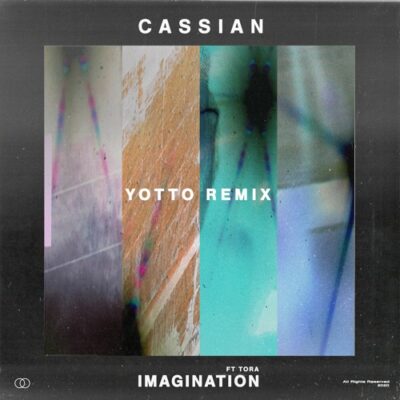 The pair have a long history together from Cassian remixing Yotto’s ‘Nova‘ to the duo touring together acrross venues like LA’s Fonda and NY’s Avant Gardner. As they’re both fitness buffs, they even share workout routines with each other

Cassian shares on the remix origins: “Yotto and I first met years ago at an afterparty in Denver. For some reason I was rolling around the party on an office chair while brandishing a baseball bat. I don’t remember much from that night but I can only presume that I used the baseball bat to pressure Yotto into agreeing to do a remix for me at some point in the future because I can’t think of any other reason why he would have done it. However it came to be, I’m so happy with the incredible remix he’s done and so happy for there to be another chapter in our book as collaborators. Don’t tell anyone but we’re already working on the next chapter (shhh emoji)”

Yotto added, “I met Cassian about five years ago at an afterparty in Denver. We immediately hated each other and created a rivalry in pinball, kick drum loudness and gym scores. He’s a mad scientist in the studio and that shows on his new album. I was able to blackmail him to join me on my tour last year and to do a remix for me – now I’m trying to return the favor by destroying a beautiful song from his album called ’Imagination’. I guess what I’m trying to say is he’s a legend and I’m always happy to work with the man.”

The track is off Cassian’s debut album Laps, which arrived to massive praise last month. Yotto also just released his debut label project, Odd Ones Out V1, a compilation of five hand-picked artists and a new single of his own.

Swedish collective Stylewar share on directing the music video — “The idea for this video was born out of creative starvation during the era of COVID-19. We’ve always had a strong fascination for stock footage and the thoughts and process that goes into creating it, so, since it was impossible to execute anything close to a normal shoot, we moved forward with a concept using solely that and CGI.

The pull to use stock footage became centered around this niche subset of content for the corporate business world, for it can be so cliché and mind-bendingly generic. We love how hyper-generic it is, in every detail. From cast, wardrobe, props to locations and especially the acting – it’s all super shallow and false. So, with this as a base, we wanted to create an alternate reality: what would happen if there was a complete inversion to this world and sense of order. Are they all fake? Is everything fake?”

Exploring a defiant and novel intensity in “KEEP MOVING,” the tech-directed approach is a testament to BRONSON’s pursuit of new creative frontiers beyond their respective projects. The trio joined forces to craft a body of work that reflected the duality of lightness and darkness inherent to the human condition. The result is an album that strikes a beautiful balance between intense, emotive, instrumental-heavy tracks like “KEEP MOVING” and “VAULTS,” contrasted by cathartic, melodic, vocal songs like “HEART ATTACK (feat. lau.ra)” and “KNOW ME (feat. Gallant).” 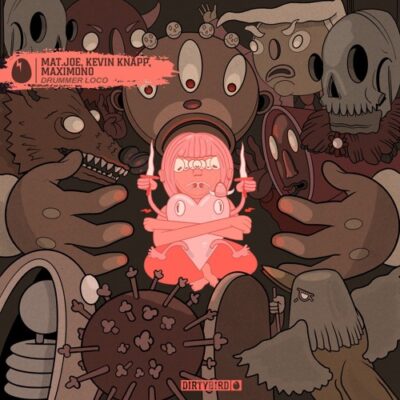 Dirtybird shares “We’ve had a lot of unique collaborations on the label, but it’s not every day that we get three top Dirtybird artists that come together in the studio for one super-sized track. Yet, that’s exactly what happened with “Drummer Loco” from Mat.Joe, Kevin Knapp and Maximono. Living in the same city of Berlin helps, as these three took advantage of the geography and were able to pump out this amazingly funky jam.” 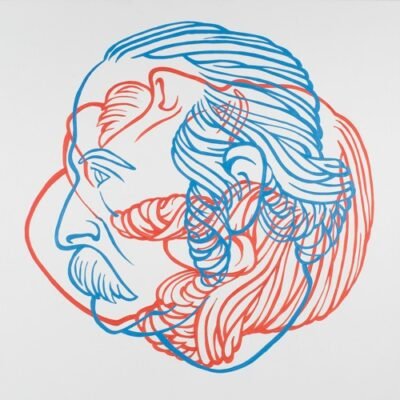 Sobek cracks familiar patterns with his track “Casio Samples” and invites to a lavishly laid table full of hypnotic synths, sweaty breaks and unique sounding percussions plus sporty arrangements. With “Ruler of the Line”, Sobek is heading for a nightly road trip full of puristic groove, retained happiness from the 80s and an almost outrageously thick vibe.”Legend From Outer Pace” resembles an acoustic uprising of reactivated analog-slot-machines dancing in sync to the beat of powerful claps towards sunrise. Tyu’s remix of “Legend From Outer Pace” perfectly picks up the mania of the original and darkens the basic soul thus gives the track a sparkling rush and additional magic.

One of Canada’s most celebrated champions of techno, from his base in Toronto Greg Gow skillfully intertwines the unmistakable…