The 2019 rendition of the world’s largest dance music festival connected people across the globe, as we all flocked to EDC Las Vegas to enjoy a true celebration of life Under The Electric Sky. With a sold-out crowd from over 100 countries, 465,000 attendees came together for the annual Las Vegas affair Electric Daisy Carnival, once again finding its home at the Las Vegas Motor Speedway. 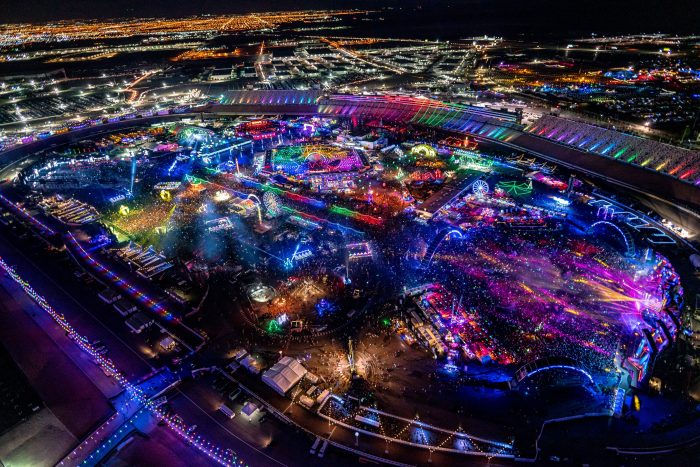 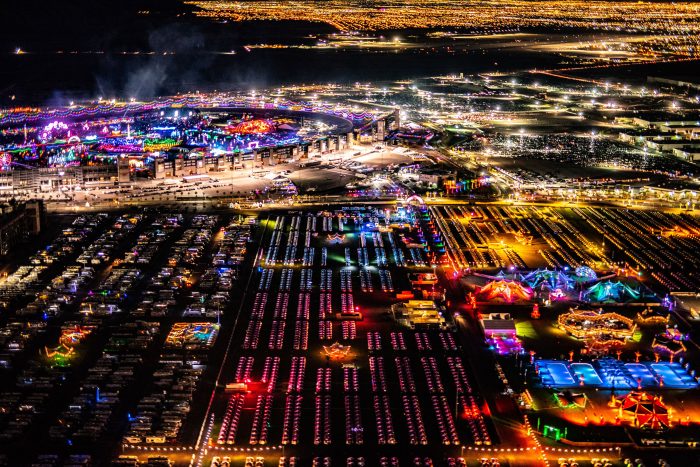 Ever since moving to Vegas in 2011, Insomniac Events has continually upped their game, adding special surprises around every corner for us returners to rediscover that special magic we encountered at our very first EDC, year after year. It has now become a staple of EDC Las Vegas to produce one-of-a-kind experiences of unannounced moments and surprise guest performers. 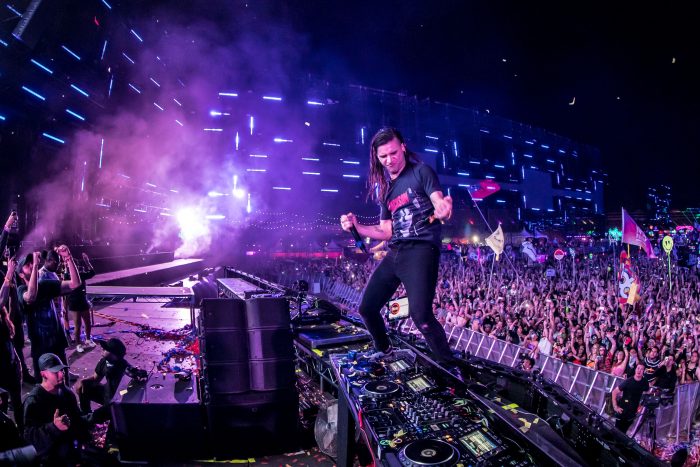 Staying true to their brand, Insomniac definitely brought the magic to EDC Las Vegas 2019. Those who were lucky enough to make it to the circuitGROUNDS night two of the festival got to witness Skrillex‘s triumphant surprise return to EDC Las Vegas after 8 years of his absence at the festival. 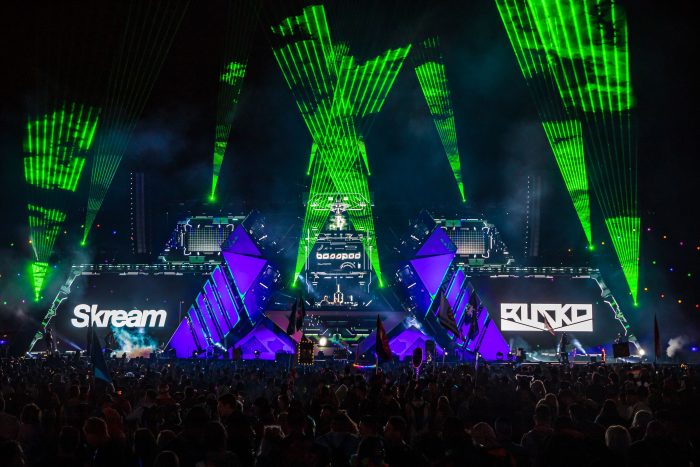 David Guetta also put on an extra memorable set rocking the kineticFIELD mainstage of EDC Las Vegas for the first time since 2012, as well as legendary dubstep producer Skream who returned from almost a full decade hiatus to rock the bassPOD B2B with fellow bass-lord Rusko. 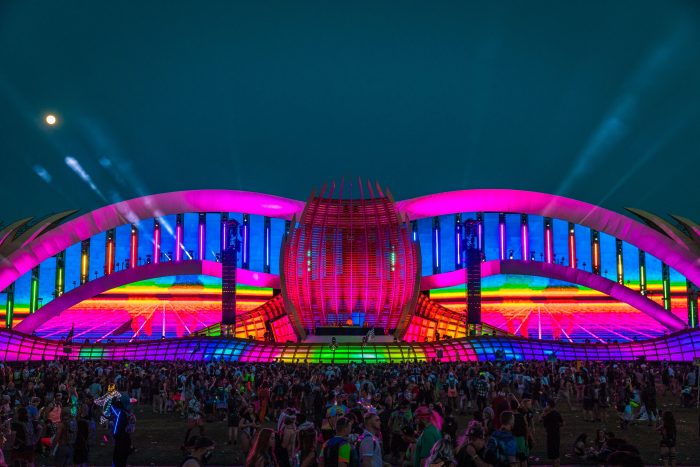 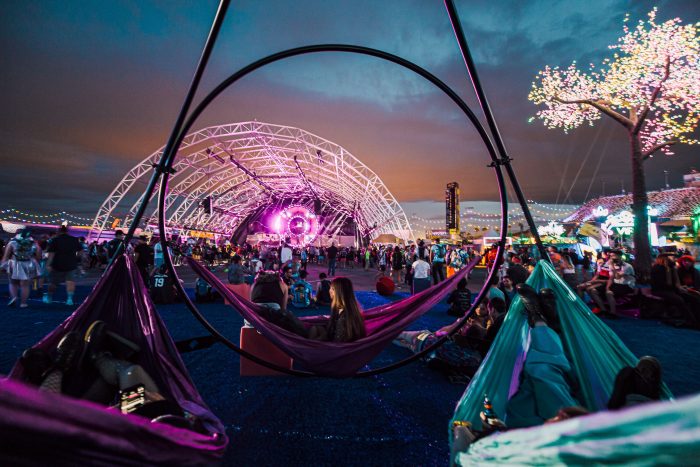 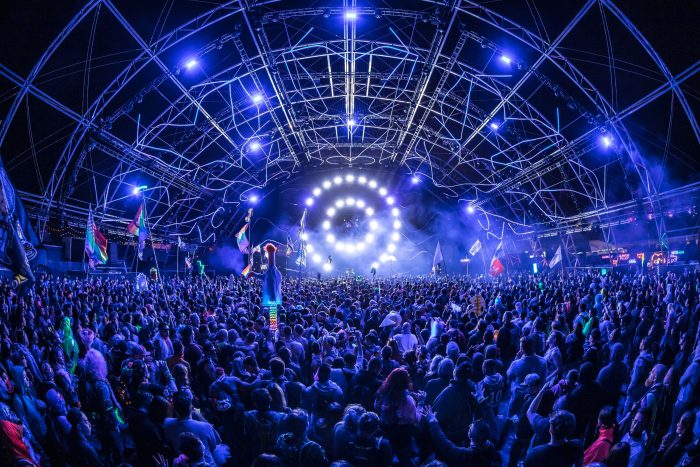 Night one entering the festival I felt that familiar overwhelming feeling of love in the air as I walked down the Speedway’s steps into EDC. As usual, the cosmicMEADOW stage captivated me from the beginning. 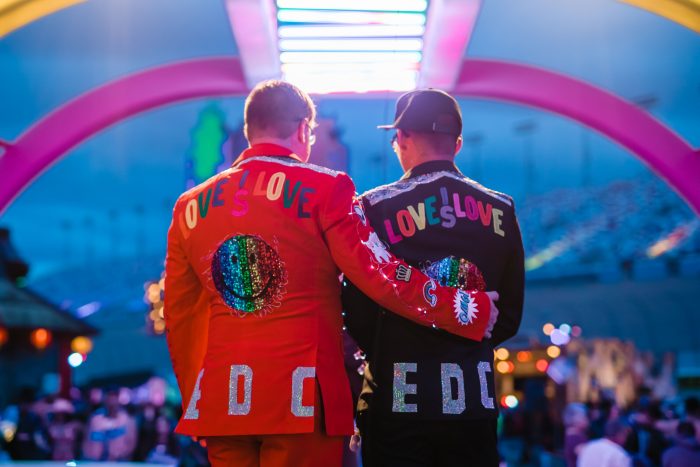 my first edc and joyryde set ever was in 2016 on this stage about 9000 people were there.

this year nearly 40,000 came and stayed they whole set and I don’t know how my people streamed it but I FELT YOU.. pic.twitter.com/QxI9DlQ99V

A few years ago I was lucky enough to be among the 9,000 to witness JOYRYDE‘s first set ever at this same stage in 2016, and this year I was again blessed to be among nearly 40,000 Headliners who came and stayed for his entire set, as he once again tore up the cosmicMEADOW like nobody’s business. 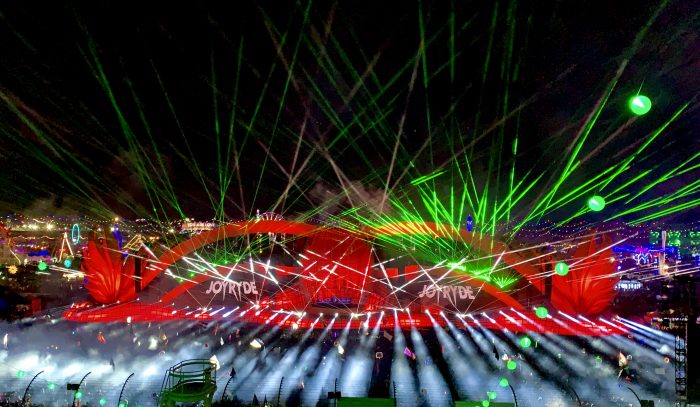 Always looking to improve the festival, Insomniac promises major upgrades to the already massively impressive CAMP EDC grounds that housed over 30,000 Headliners that began setting up camp Thursday, and kept the party going all the way until 5pm on the Monday following EDC weekend. 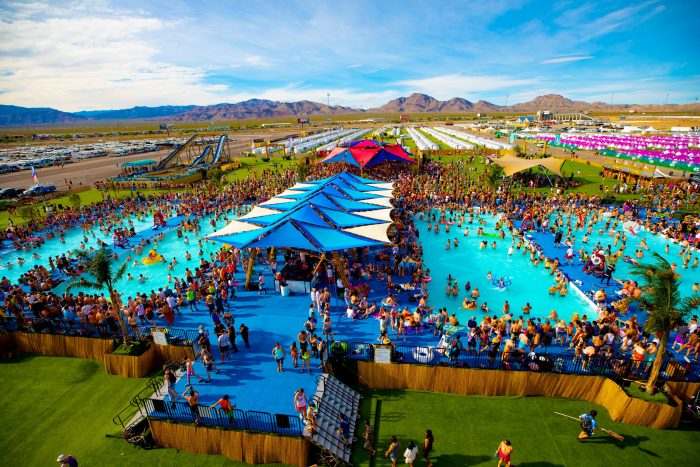 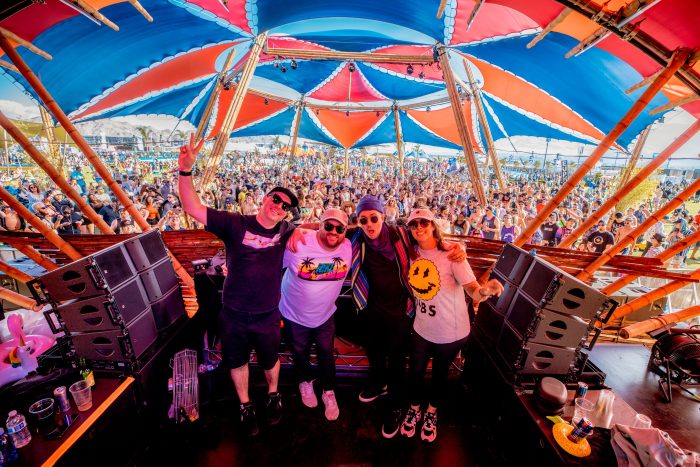 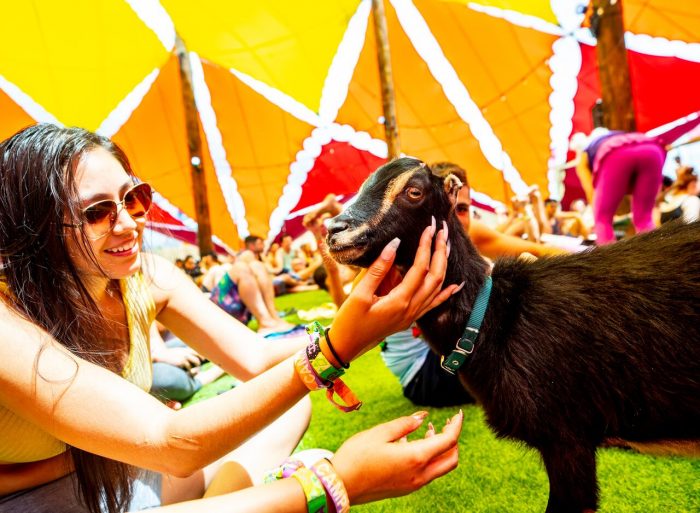 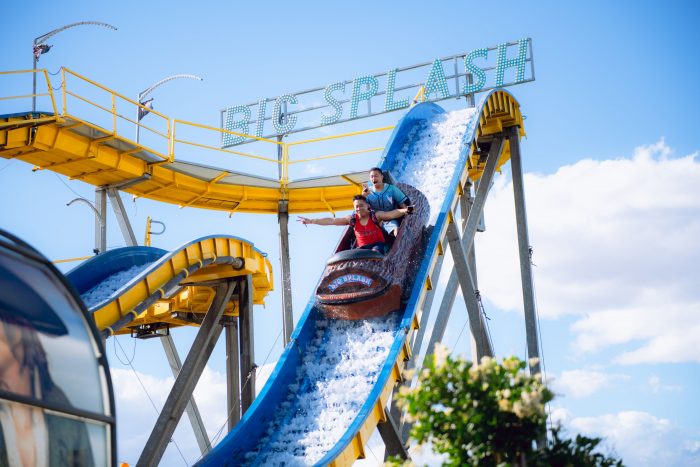 Aside from Insomniac‘s meticulous attention to detail in their outstanding production and properly curated lineups always featuring world-renowned talent by the hundreds, Insomniac Events did an exceptional job keeping all 465,000 attendees safe over the weekend. Ensuring that all 150,000 Headliners have the most enjoyable time in the safest (and arguably the happiest) place on earth, Insomniac enlists a massive staff of security, cops, and medical staff each year. EDC Las Vegas 2019 saw a massive decrease in arrests, with the Reno Gazette Journal reporting only two DUI’s, and most importantly, something we can all be grateful for, zero deaths. 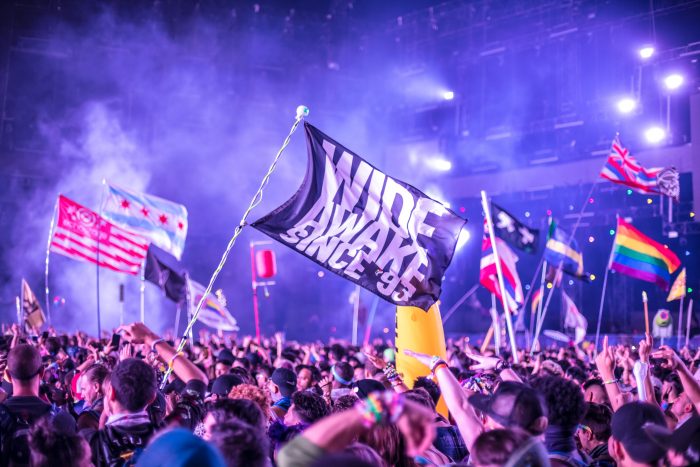 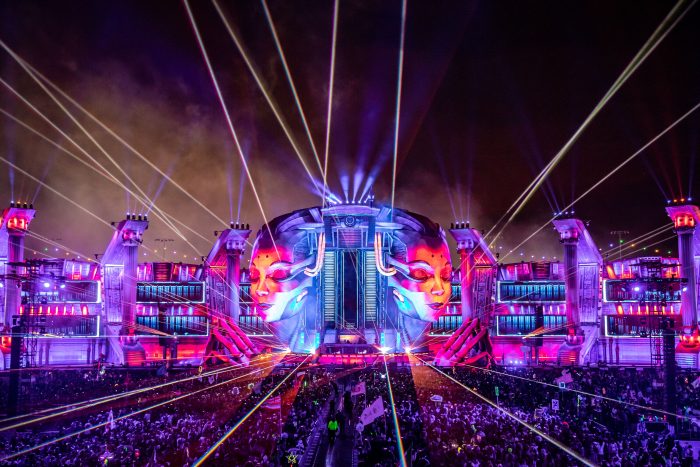 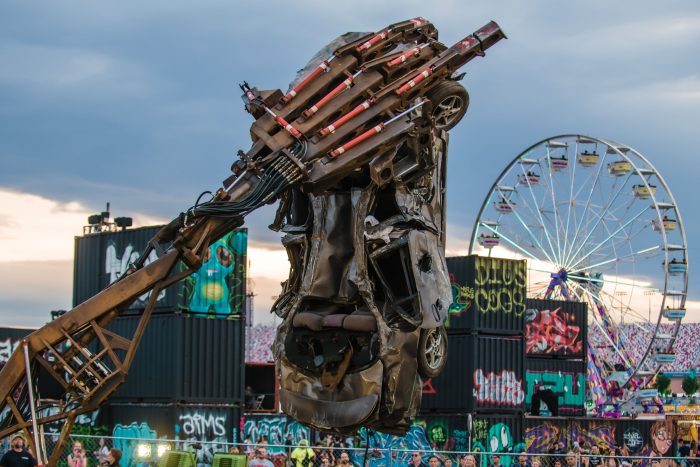 In addition to the low total offenses in categories across the board for the arrest records maintained by the Las Vegas Metropolitan Police Department over the weekend, EDC Las Vegas 2019’s lack of DUI arrests is without a doubt noteworthy. This could be thanks to Insomniac’s efforts increasing importance and priority of rideshare options, finding success overhauling their EDC shuttle services, or possibly their recent creation of CAMP EDC that has lowered the number of offenses. 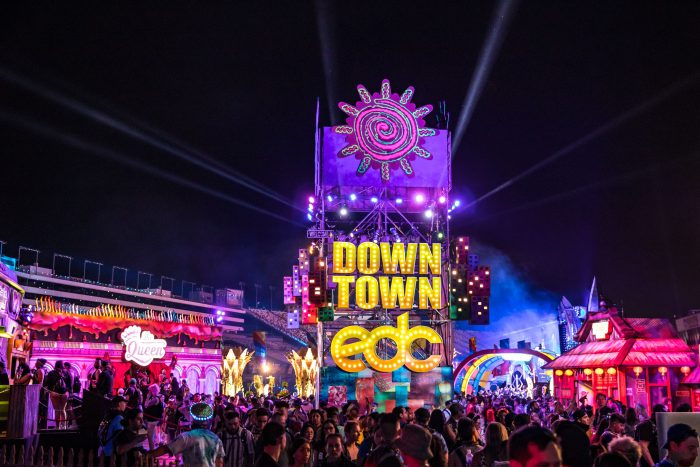 Amongst other additions to Electric Daisy Carnival, the festival grounds held a brand new feature, Down Town EDC. Headliners could find something different around every corner as they took a stroll through the grounds; from drag queen shows, to fun bartenders, to shops featuring all your favorite rave gear, Insomniac stuffed a whole lot of awesome into Down Town EDC. 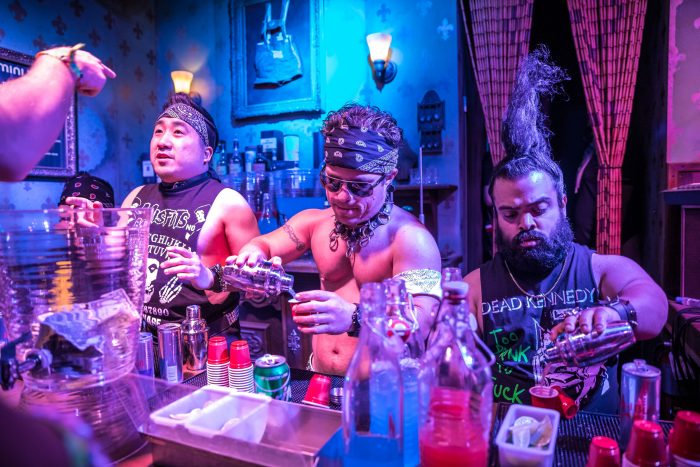 If you’re suffering from a case of EDC FOMO, you can save yourself from going through it again in 2020 by marking your calendar for May 15-17th, 2020. Insomniac Events always being on top of it when it comes to festival production, has already dropped the EDC Las Vegas 2020 – Date Announce Trailer below.