Written by Lacy Bursick for iEDM.com

Festival goers are gearing up to travel cross country for Electric Forest Festival in Rothbury, Michigan. This 4 day event has become one of the most desired camping festivals in the country. Electric Forest is known for it’s diverse lineups and for its over the top art installations in the magical Sherwood Forest. 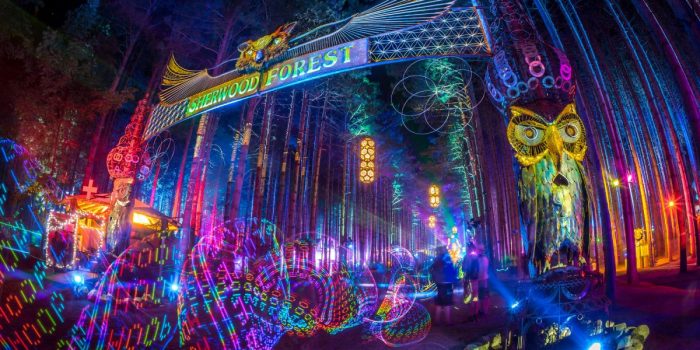 Walking around Forest feels like you’re walking through Avatar. Everything is illuminated and interactive and you never know what you’re going to stumble upon.

The festival has had great success since 2011, and is co-produced by Madison House and the creators behind EDC, Insomniac Presents. After selling out years in a row, this year Forest is taking place over two weekends this June with the hopes that everyone who wants can attend one of the weekends. 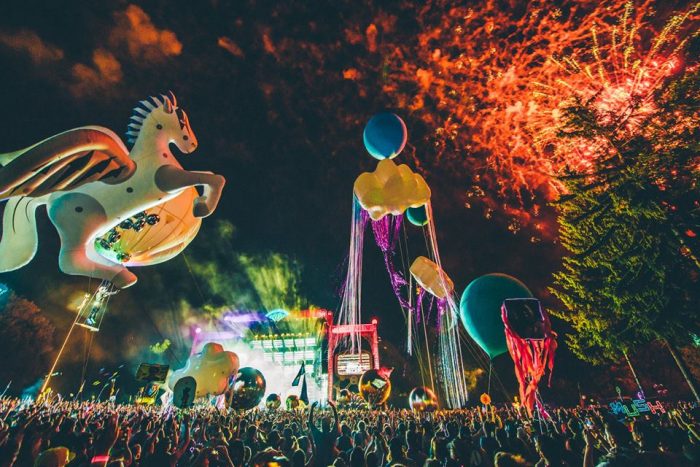 Now here is the tricky part, which weekend should you attend? Both lineups feature a wide variety of EDM and jam music. They both feature headliners from previous years who are Forest favorites. My suggestion is go the weekend your Forest Fam picks and you will find amazing music no matter what.

Here are 10 artists to check out at this year’s Electric Forest: Barclay Crenshaw is a name you may not recognize but has been popping up on festival lineups left and right. That’s because this is Claude Von Stroke’s alias. Well really, it’s his actual name and Claude Von Stroke is his recognizable legendary house DJ name. He recently dropped an album ‘Barclay Crenshaw’ that gives us extraterrestrial space vibes. If you’re a Dirtybird fan, you don’t want to miss this new project’s first ever Electric Forest set. Deep bass mixed with melodic rhythms gives their style a beautiful feel, but is still heavy enough for all you head bangers. Dimond Saints is the project of Oakland producers An-Ten-Nae and Releece. They produce future bass and their style defines the “West Coast bass” vibe blowing up in California. Throw on your trippy goggles and join the headbangers for this bass babe’s Forest debut. Rezz is an up and coming female producer you don’t want to miss. She will be playing both weekends at Forest and guaranteed to be something new and fresh you haven’t heard. Her dark dub techno style is heavy hitting, and she’s already had releases on the Mau5trap label. The Floozies have become a Forest favorite with their funky beats. Weekend one they will be rocking the mainstage Ranch Arena for sunset on Saturday night. The second weekend they’ll be getting groovy late night at the Sherwood Court. They’re two brothers, drummer Mark Hill and guitarist/producer Matt Hill and their chemistry and flow on stage can’t be beat. This duo is one of the most entertaining electro funk acts out right now. This up and coming genre-bending artist’s latest releases are all love songs dedicated to all the women in his life from his Grandmother to his crushes. Accompanied by a live band, NoMBe’s electro soul vocals are unique and emotional letting you feel the heartbreak. String Cheese Incident is the only band I’ve seen go from electronic music to bluegrass in such a superb flow that afterwards you wonder how they did that. Described as a jam band, they drift and experiment with multiple genres and always put on an uplifting show. String Cheese was always the headliner playing three days in previous years of Electric Forest, but this year will only play two days during both weekends. For those of you attending Electric Forest who haven’t heard of String Cheese, it’s time to change that, because they are the real OGs. Bassnectar at Electric Forest is not something you miss. Traditionally bass heads take over the Ranch Arena on Saturday night but weekend two will have Bassnectar closing out Sunday, so save your energy! After last year, Bassnectar, whose real name is Lorin Ashton, agreed to be a resident DJ for Electric Forest. In an interview with Insomniac founder Paquale Rotella, Bassnectar said, “I haven’t really done that officially for any festival yet, but I just kind of felt like there was nowhere else that felt like home for that.” Forest fam is real! “Ring Ring goes the telephone..” If you have listened to any house music this year, you have heard this song but probably didn’t know it was Chris Lake. The Swedish producer has been producing music since 2002 but earlier this year, Chris Lake signed with Skrillex’s label OWSLA for a special house project called ‘HOWSLA’ and we can’t get enough. I recently got to see Big Wild live and was blown away. He’s one of the only producers I’ve seen jump from such a wide genre range flawlessly. From deep house to hip hop, he has something for everyone. Watching him jump from his controllers to drum pads, he breaks conventional music boundaries and makes the crowd go WILD. Australia has blessed us with so many great producers and weekend two is blessed with two of our favorites: Flume, of course, and also Alison Wonderland. Alison Wonderland’s, whose real name is Alex Sholler, hit the scene doing a warehouse tour in Australia. She mixes her own vocals with dancey beats and heavy drops.

The best part of Electric Forest is wandering Sherwood Forest without any place to be. With so many amazing artists and stages raging all hours, sometimes it’s best to let your ears take you to new music you never would have discovered.

As you gear up and get your favorite EDM clothes and rave wear ready, check out the specially curated Electric Forest Collection HERE for inspiration! See you in the Forest!

This article originally appeared on iEDM.com