On February 26 and 27, the sixth edition of Wobbleland was held at City National Civic in San Jose, CA.

While the lineup in previous years has always had an impressive list of bass heavy artists, the quality of this year’s lineup went above and beyond expectations. With stacked main stage headliners like Hucci, NGHTMRE, G Jones b2b Buku, GTA, Getter, Ghastly, Cookie Monsta b2b Funtcase, Liquid Stranger, Coyote Kisses, Troyboi, and Wuki there was never a dull moment. 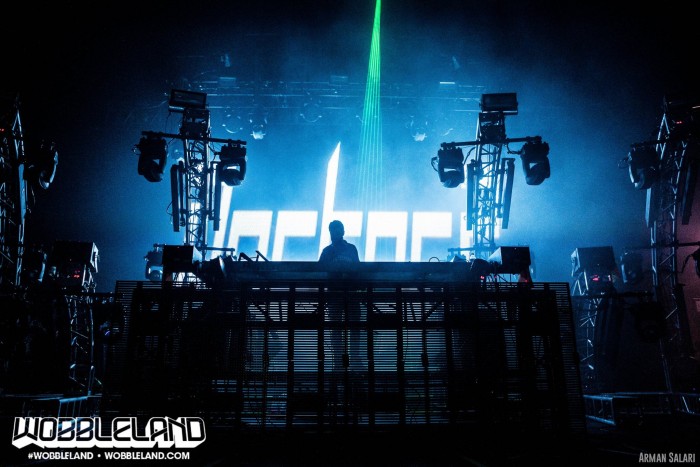 Given this epic list of talent, the task of leaving the main stage wasn’t easy. However, a breath of fresh air became a necessity numerous times. Not to mention the outside area had a constant flow of free water and a second stage that ended up becoming my favorite part of the festival.

While the headliners would have been enough to keep me entertained, there wasn’t any artist on the second stage that wasn’t worthy of a main stage performance.

The outdoor stage was loaded with b2b sets including Maze and Blankface, both members of Savage Society record label. To see Blankface at Wobbleland from a first person point of view – click here.

Alphabit b2b Seriph which ended up being the outside closing set on both Friday and Saturday was my favorite outdoor set of the weekend. Alphabit is composed of three members; Carl Saputo, Tim Byrne, and MC Chris Catalano. Seriph, similar to Alphabit, is well known for being a heavy hitter in the bay area.

If you’ve never heard of these California natives, give them a listen and get ready to thank the bass gods.

VIP ticket holders also had a number of perks which included extra bathrooms, a separate entrance, easy access throughout the venue, and a closer viewing area which was actually located on the right side of the stage. My crew and I decided to participate in the VIP experience and it was more than worth it. We even got a chance to talk to Getter’s Dad as he cheered on his son from the sidelines. 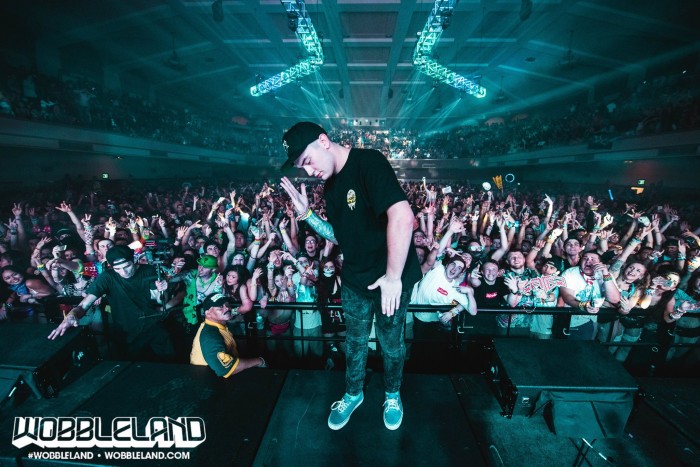 When the festival ended, the party definitely didn’t stop. On both Friday and Saturday, Organic Events hosted an after party at a low key spot less than a 5 minute walk from the venue. The event was BYOB with just a $10 cover charge. There were also two floors and the basement was covered in colorful graffiti which gave it a grungy/underground rave feel.

Saturday night’s special guest DJ was Buku. Out of the three times I’ve seen him live, this was my favorite and most intimate Buku set I’ve ever experienced. It was inspiring to see an artist like Buku less than five feet away interacting with and smiling back at a crowd who’s only concern was the music being played.

Five friends and I drove for three days from the Midwest for Wobbleland’s lineup. We ended up with a once in a life-time experience that was everything we hoped for and so much more. We made connections with people who traveled from all over the country.

I encourage those who haven’t gone to add Wobbleland to your list of festivals to attend in the near future.