And boy is it something else…

TomorrowWorld is returning to the rolling Chattahoochee Hills in Northern Georgia for the second United States edition. Partnering with MTV, TomorrowWorld announced phase 1 of the 2014 lineup and it is already epic.

Among the headliners are Avicii, Bassnectar, Diplo, Kaskade, Tiesto, Zedd and more. Other notables include Aly & Fila, Ferry Corsten, Mat Zo, Morgan Page, Paris Blohm, and one of thatDROP’s 5 EDM artists to watch in 2014, The Chainsmokers. Not that much explanation is needed for any of the aforementioned names but here are a couple things you can bet your bottom dollar on:

This time around will take place from September 26-28. Tickets are still available and can be purchased here.

Check out the TomorrowWorld 2014 Lineup Below 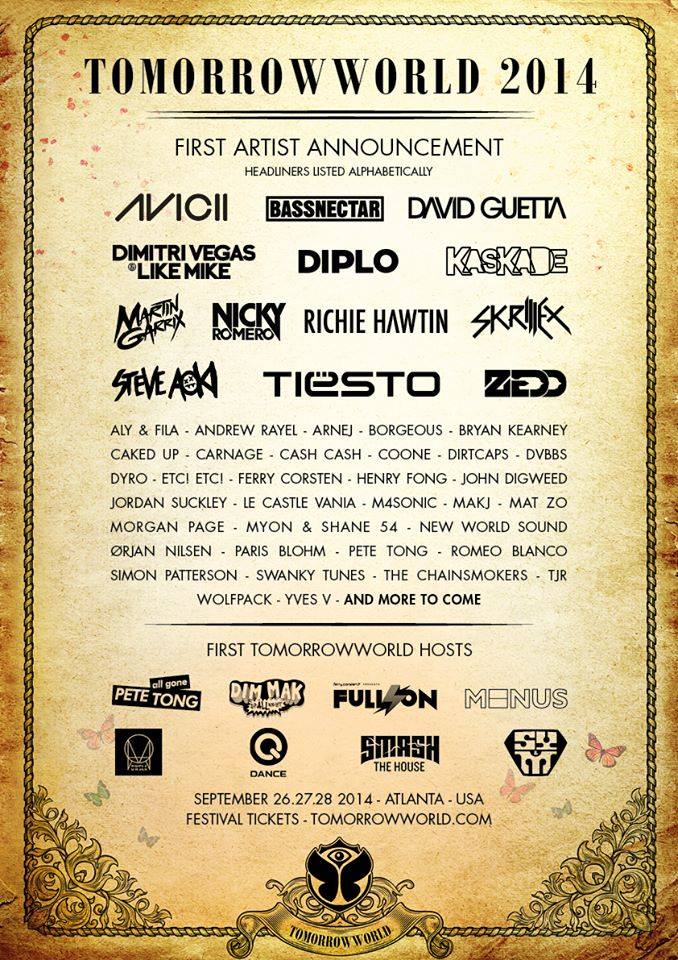 For more information visit TomorrowWorld at