Bulgarian star Alek Sandar is off to a massive start in 2021 with the release of his hit track ‘Terra’. Sandar was built for a life in music and has been performing since the young age of 5. As an early teen, his love for music only grew stronger, and he moved to Germany at the age of 12 to pursue music production. In 2009 he moved to the Big Apple with his family and joined the avant-garde club scene as an up and coming DJ. Alek has become a big star in his home country and has worked with some fantastic artists like Juicy J, Andrea, Desi Slava, Galin, and Amanda Lepore.

We were lucky enough to catch up with Alek to discuss his new music, fashion career and more. First, we asked about ‘Terra’.  Alek shares, “Terra is a Dystopian and Timeless depiction of our current 2021 pandemic glitch in the matrix. As I sing in the song: “In a time that is timeless now and then – we’ll never be the same”. It stands for sadness, but also gives hope. It embodies the current merger of what is real and what is digital, the new dimension we all found ourselves in since last March, the internet loneliness, the lockdown heaviness. That is why in the video you only see me and civilization – streets, buildings, cars, but no other human soul. I am flying around the huge megapolis all by myself. It shows how far we have come as a civilization but how lonely and surreal we feel at the moment. And I am calling out to our planet #Terra”

I am really enjoying the notes the synth hits for the chorus of ‘Terra’, especially when you sing the word “forever”. Can you recall the synth setting or sample used for those notes?

I’m really happy that this particular moment stood out for you because this is where the chords change and we have a major chord for the first time in the sone (it is e flat major to be specific). I am not using any samples for the song. I like to produce everything form scratch myself or with the producers and audio engineers I work with. Terrra mostly has minor chords, starting for the sadness we fill in this pandemic, but the word “Forever” is where we hit a major chord, which symbolizes the hope I am trying to convey (along with the sadness) in this song.

What inspired you to create ‘Terra’?

I wrote the song when the heavy lockdown fell across all of us back in March 2020. It was a huge surprise to all of us, a heavy feeling. Everything crashed. I wanted to incorporate this heavy global sorrow in that song. The video was shot during the extreme lockdowns in April & May in Los Angeles and New York. We shot at places that are usually extremely crowded, such as Downtown LA, Times Square, Grand Central market – but there was not a single human soul there. There will probably never be a time like this in my lifetime where these places will be so empty. 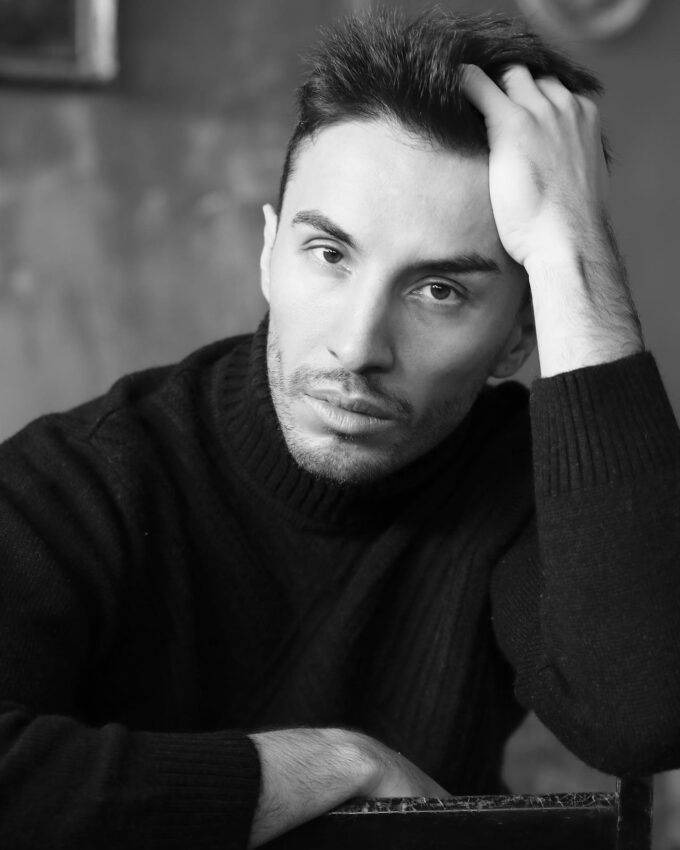 As you were starting your music career as a DJ, what are some clubs you touched at?

In the beginning of my career I was DJing a lot – in clubs in New York like Marquee, Mansion, Tenjune and may more. Sadly, a lot of them do not exist any more.

What is something about the Bulgarian culture you like to spread in New York?

Bulgarians have amazing food. I always love eating in my home country. Being in the crossroads between Europe and Asia, we have the most diverse foods – from Oriental and Greek food to Russian, Continental European food, and of course traditional ancient Bulgarian food such as: Lutenitsa (which is an extremely sauce / vegetable spread made of tomatoes, pepper, egg plant, carrots and more), Banitsa (a pastry wich can contain cheese, goat cheese, pumpkin, spinach, popatoes or other healthy fillings) or our trademark salad : the Shopska Salad. As diverse as our food is, as diverse is our music, our people and our geography. Bulgaria is a rather small country with only 7 million inhabitants, but we have mountains for ski, deserts, beaches, a long black sea cost, monasteries, natural phenomena and lakes. It is a very diverse ancient European country. 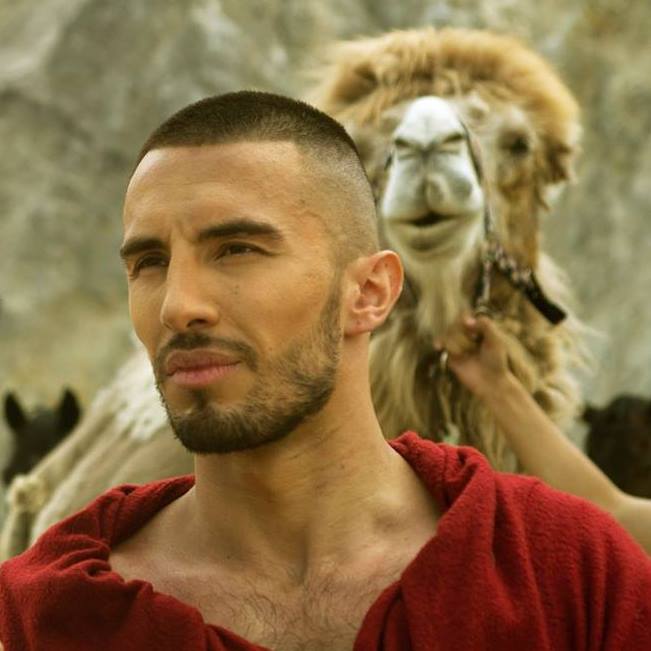 Working for Tommy Hilfiger must have been an amazing experience. Did you get a chance to learn anything from him? Any favorite or funny moments backstage of a fashion show?

Tommy Hilfiger helped kickstart my career back in 2011. After being their fit model for half a year and doing an internship in their headquarters in Chelsea Manhattan, I received the first newspaper and TV requests from Bulgarian mainstream media. Working for that brand helped me model over 20 fashion shows for New York Fashion Week in the years 2010 – 2015. I was a New York Club Kid at that time, which can be seen in the costumes and performers who supported me in my debut music video “Creature In Me” – the first song that got actual radio and TV airplay in my home country. They started calling me the “Male Lady Gaga” back then due the avant-garde visuals of my art. All of this was boosted by my work for Tommy Hilfiger in the beginning and the media attention I got by working for him.

What did you learn about yourself or other people during VIP Big Brother? How did the contest end for you?

Celebrity Big Brother – Or Vip Brother as they call it in Bulgaria – was a unique experience for me. It is the most watched TV show in Bulgaria and being in the Big Brother House means that absolutely everyone in the country will know your face for the months to come, even people who are not up to date with pop music at all. It is a psychological game because you are locked up in at house with other celebrities 24/7 and everything that happens in there is real. Nothing is scripted. Big Brother manipulates everyone, but nothing is scripted. It is the first reality TV show that ever existed. I watched the original first season in Germany back in 1996 as a child and dreamed of being in this Big Brother house one day. 20 years later that dream came true for me. We were a total of 16 Bulgarian celebrities in the container and had Mike Tyson live in the house with us in the same season for a few days.

Where is your happy place?

I feel comfortable and happy in all 4 places where I usually reside: Sofia, Berlin, New York and Los Angeles. Sofia for the food and the people, Berlin for the open mindedness and the clubs, New York for the cosmopolitanism and as the capital of the world and Los Angeles for the sun and the weed 🙂

Do you have a spirit animal?

No, but my ex-wife always called me a panther and I think that this animal suits me.

What does this week bring for you? Any other long term plans or exciting announcements to share?

We are re-releaseing my new single Terra with the Romanian-based international major label – Roton and I am very excited about this. The song already has two separate video clips – the original 4k video that is on TV music channels and the vertical video. Roton will release a new, third, alternative music video for the song. I am very excited to work with them. We did something similar last year with my song ‘Yerba’ featuring Juicy J. I put out the original video on my YouTube Channel and the Greek Major Label Panik Records released their own version on their channels

They say all great things must come to an end, but in the case of Daft Punk splitting up, I…

Tips to Finding Good CBD Cream near Me

CBD products are becoming popular by the day, thanks to their health benefits. Besides overall CBD products, there are also…