Ghost RAM is here to satisfy an appetite that many electronic music enthusiasts have been left hungry for and leave a lasting impression by bringing together different worlds of music like never before, especially rap and electronic music. To showcase his talent and niche he created a mix titled, RAM’s World: Volume 1. Spanning from rap and progressive to future bass and tropical house, across 34-tracks, Ghost RAM tightly blends club favorites, current hits, lesser known remixes and personal edits to create a refreshing 47 minutes. 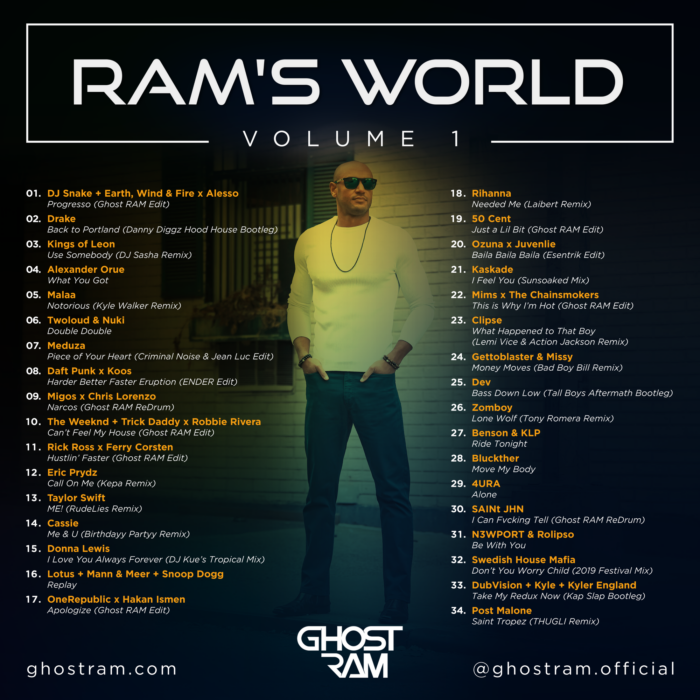 In addition to DJing and remixing, Ghost RAM also raps. As an ardent fan of both rap and dance music, he wanted his first release to encapsulate the love he has for both genres. Prior to his debut mix Ghost RAM offered the scene a sample of his signature sound through a much appreciated deep house edit of Drake x Vacay Club’s – ‘Money in the Grave’. Enjoy the clean delivery and energetic selection the ol’ Dallas boy offers with RAM’s World: Volume 1.

Following his debut mix, Ghost RAM has been working on his debut single that is due out this summer and RAM’s World: Volume 2, that will be available in the spring. To get to know more about his project we had to reach out for an exclusive interview. 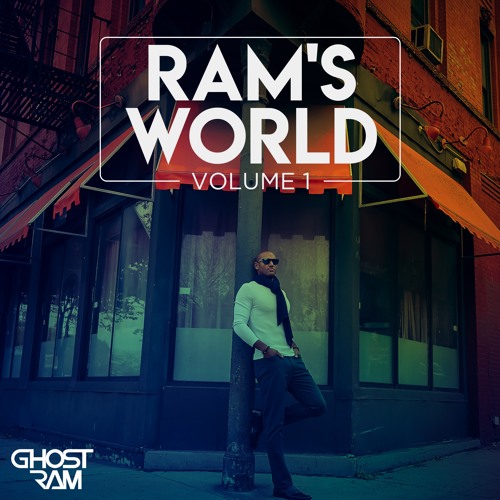 You do really well mixing between tempos and genres, from rap to future bass and beyond. Would you mind revealing any of your mixing tricks?

Lots of repetition and ear training. As a fan of so many genres I’ve unconsciously trained my ears to identify the best places in songs for mixing, transitions, etc.. Aside from whether or not I like the sound, it’s probably one of the first things I instinctively listen for in new music.

Your track selection bridges the gap between rap and pop with electronic dance music, which is important in bringing different walks of life together. Do you see a competition between fans of differing music preferences? If so, why do you think that is and what is your opinion on the competition?

I’d say most people have a taste for the commercial sides of both dance and rap music. Someone who likes The Chainsmokers or Martin Garrix will probably like songs by Drake or Post Malone.

In my experience, it’s the intra-genre competition that conjures up fiercer reactions. The rivalry seems much more heated in the dance world where there are so many sub-genres. I think a lot of hardcore fans of sub-genres have a loathing for the other dance genres. For instance,

If you ask a tech house fan about progressive house or future bass, they’ll probably have worse things to say about their fellow dance genre than they do about rap music. I think this is natural as most people see the music they like as a reflection of themselves.

For me, one of the great joys in life is introducing people to music that they maybe would not have been open to discovering.

Where are you from? How has your hometown influenced your style of music?

I was born and raised in Dallas, Texas, but have been living in New York for over 10 years. Most people in New York don’t initially believe I’m from Texas because I don’t have an accent, but it comes out a bit when I rap.

Who or what else has influenced your sound?

How do you discover new music?

Most of my “free time” is spent sourcing new music. I can spend hours upon hours just listening to new songs in the search to find an ideal track for a set or remix project. I have an incredible number of online sources where I can find loads of new music. I manage all of the sites with an RSS aggregator so I can see everything together at the same time which is a great time saver. I will also use Shazam shamelessly when I hear something at clubs.

What first drew you into electronic music? Can you recall a particular track, DJ or moment on the dancefloor that put you all in?

Listening to ATB’s music is what drove me into the dance scene. Growing up I wasn’t a fan of dance music. In fact, it’s probably more accurate to say I loathed it quite a bit.

However, when going through a bunch of new music in college I randomly came across a few of his tracks and was immediately entranced by how emotionally powerful they were. I was overcome with so much emotion that it drove me to find similar songs and artists which is how my love affair with dance music began.

A trip to Ibiza while studying abroad might have also played a small role.

That will do it. You have your first single coming out soon. Can you give a little insight into what your going to bring at us?

The goal is to have a single ready by the summer. I have about 20 tracks I’ve gotten from producers and the plan is to spend the next few weeks recording and see which one I can turn into a summer-friendly single. I have a couple songs that are almost finished, but they’re rather dark and I want my first releases to on the happier side of the spectrum.

Understandable, looking foward to hearing that. You have recording projects in New York, Amsterdam and Berlin in the works. Can you give us a little more detail on each project? How are you connected with people in those cities?

Chalk it up to some great Black Friday travel deals… I wanted to get outside of my routine and the confines of New York and record in a fresh environment as some of the best music I’ve made was created while I was traveling.

I’ve spent quite a bit of time in Europe and figured it would be a great place for me to go, so I put price alerts down prior to Black Friday and ended up getting great deals to Berlin and Amsterdam. I’m a big fan of both places so it was an easy decision. The music scenes in both cities are extremely vibrant in their own unique ways so I’m hoping to find some great inspiration.

Who are you favorite DJs and what are 3 of your favorite tracks at the moment?

Alesso, ATB, and DJ Benzi are three guys I love to see live. My three favorite songs at the moment:

GATTÜSO + Salem – Love is Not Enough

Can you tease us with any tracks that will be mixed into you RAM’s World Vol. 2?

I’m working on an edit of Kid Cudi’s ‘Man on the Moon’ that I’d love to include in Vol. 2. It’d be great to squeeze an ATB track in there as well.

What is one life lesson you have learned that you will sure never to forget?

Take chances and be bold. The greatest accomplishments in my life all came from me being bold and taking risks. If you’re not continually stepping outside of your comfort zone you’re never going to grow as a person, and that’s doubly true as an artist.

Do you have any life mantras or favorite sayings?

I try to live with no regrets. I may not like the outcome of certain decisions or actions, but I don’t want to ever regret not taking a chance on something I feel passionately about.

What do you hope to achieve this year as an artist?

My focus right now is recording my own singles. I want to create songs that are true to me as an artist. I have a creative vision for what I want my sound to become and want to execute on that. I’d also love for the RAM’s World series to grow as the feedback has been amazing this past week. I think there’s a big appetite for the sound I’ve created in the mix and would love for as many people to hear it as possible.