Electric Forest 2016 Delights All the Senses

I have been meticulously checking every worthy festival off my Festival Bucket List and was honored to cover my first Electric Forest. The Forest blew my mind into smithereens! I think people are still scraping parts of me off the exquisite trees.

What makes the Electric Forest so special is how grand, unique, noble and all encompassing it is.

The music, art, people and festival philosophy made this my favorite land based festival. 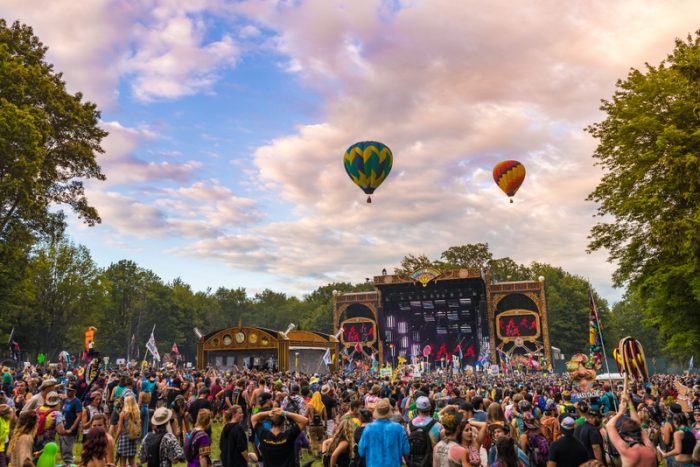 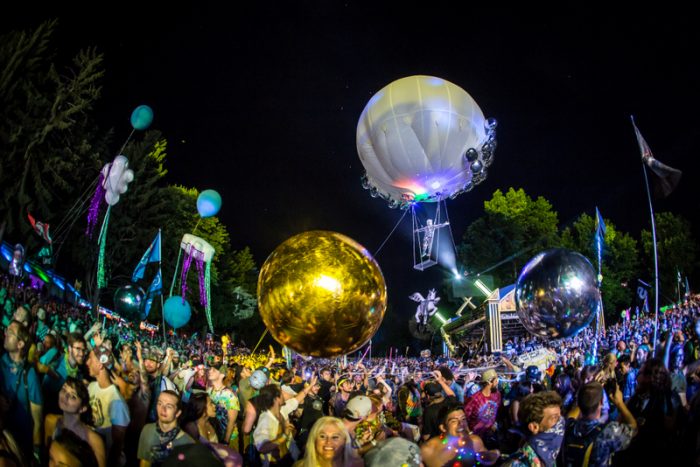 Over 45,000 Forest lovers descended upon Rothbury, Michigan on June 22-26 for the 6th version of the Electric Forest. The Forest is a magical place comprised of mainly veterans who consider this the highlight of their year. With over 175 acts playing at seven main stages the music was beyond incredible. 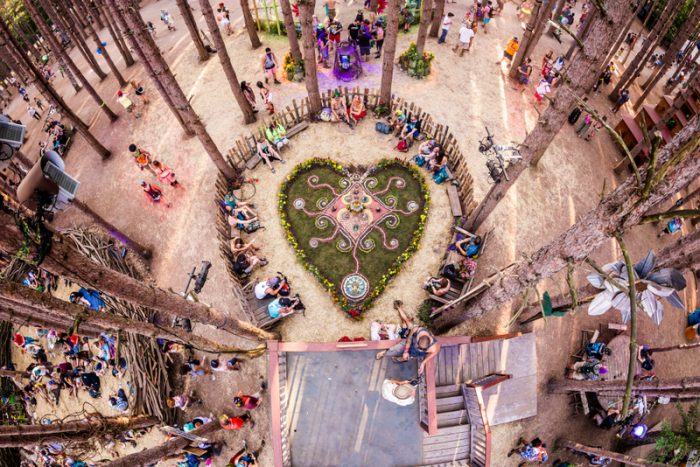 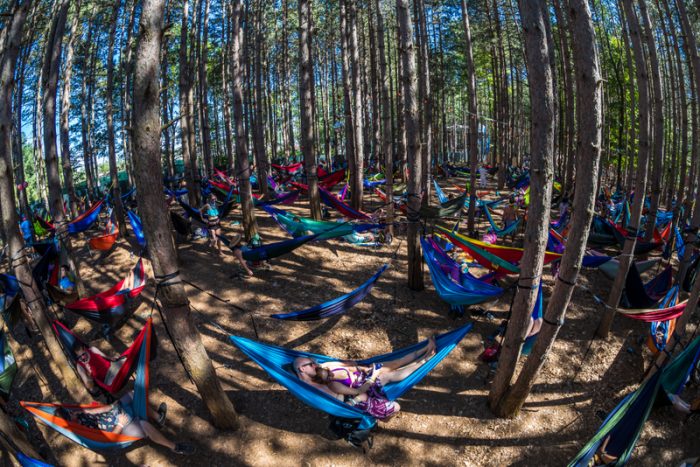 Part of what makes the Forest so special is their altruistic and noble perspective.

The Forest rewards patrons who are environmentally conscious, who help clean up the grounds and who perform good deeds. There are actors scattered all across the Forest who are looking for people that are doing good deeds in order to reward them.

The most sustainable campsite won free Forest tickets for life. Another friend I met who was picking up other peoples garbage was rewarded with a key that enabled access to the private speakeasy in The Hangar. My new friend received a beautifully touching letter simply for wearing an animal print outfit. 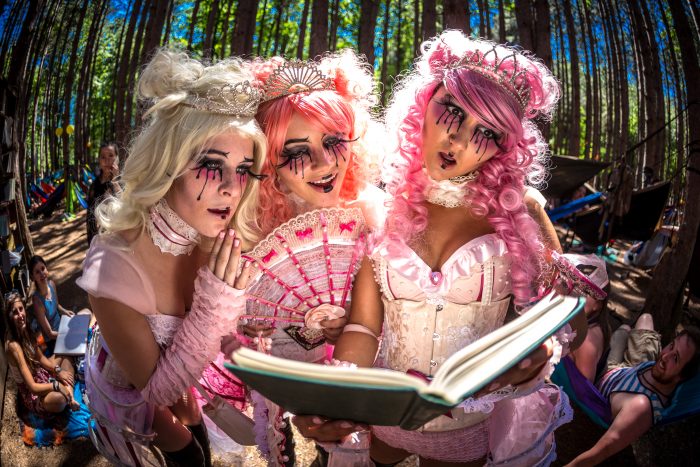 The Forest is also full of so much freaking love.

Everybody was high-fiving strangers on the way in. One could see and experience a plethora of smiles and hugs from old friends and new friends alike. My crew was roaming around sharing the supple touch of gorgeous peacock feathers with the adoring crowds.

There is just so much going on besides the music, art & parties.

Some of my favorites were a kick ass game room & a barber shop with attendees getting crazy haircuts. We saw a guy with dreads down to his ass having them shaved off! Now on to the music.

Virtually every stage I passed was so good hat I stayed to discover truckloads of brand new melodious music. Here are some musicians that I fell madly in love with at the Electric Forest:

The MVP of the Forest was hands down Detroit native Griz.

He must have been born at the feet of a Baptist choir, cuz this Caucasian has oodles of soul and funk. Griz plays the saxophone creating funky, electro-soul tunes he calls future-funk. I am not sure if Griz ever slept during the Forest. He headlined and played 14 different shows through out the weekend! I saw his main set and again at a couple different VIP Good Life after parties.

The most impressive performance that I regret missing is him rounding up a huge group of Team no sleepers on Monday morning at 6am. Marching through the Forest blaring his sax with a band and starting a roaming concert to close out the forest and of course he played Saints Go Marching In! You are beyond the man Griz! The Forest applauds you for your tenacious non stop funk! 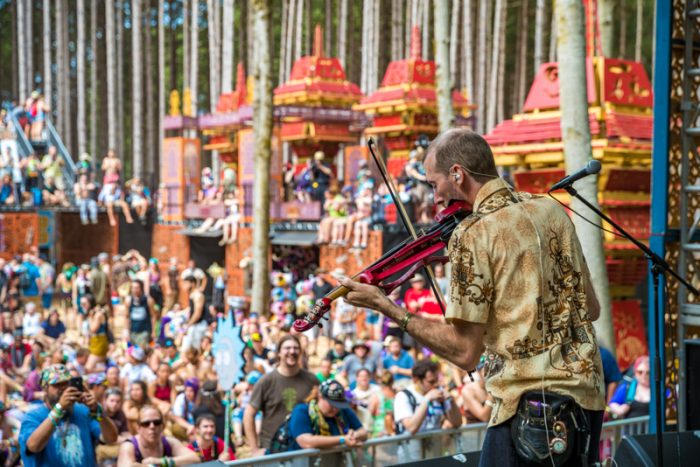 Dixon’s passionate energy will enchant, mesmerize, and inspire you!

Watching Dixon master his violin among a beautiful cluster of skinny jack pine trees ascending into the heavens was uplifting.  Dixon has a life mission is to inspire people and he hit me upon impact.

This amazing soul has given three TED talks & performed for ten years at Burning Man.  Like I, Dixon walked away from a career to follow his dream. He invented a new music genre by improvising on his 5-string electric violin with a looper to create a one-man symphony. I can not have imagined a better spot to experience his mastery.

Another band that touched my soul was Nahko and Medicine for the People.

Nahko and his band pour their love and souls out on the stage for all of us to bask in. Nahko is a triumph of humanity. A mixed Native American who was born out of a heinous rape.

His grandmother killed herself and then he was adopted by an amazing family.  He tells his whole story in his So Thankful track where he sings about being grateful for all these trials and tribulations, because they made him into the precious person he is today. This band will give you a copious amount of the feels.

Sound Tribe Sector 9 (STS9) out of Georgia is a fantastic instrumental band that entwines electronic, funk, jazz, drum and bass and even hip hop into their melodic tunes.

STS9 describes themselves as “post-rock dance music.” They are so smooth and uplifting.

I met a successful record exec who said that he joined the music industry after watching them perform. They graced the Forest with 2 different sets, both an electronic and acoustic (Axe the Cables). I adored both, but something about the acoustic enchanted me more.

Another Griz like performer that mesmerized was Russ liquid who I saw rip up the VIP after party at Good Life one night. Russ Liquid describes himself as “the future-vintage groove-blasting maestro.

He detonates explosive beatscapes, seamlessly adding flourishes of instrumental color and emotion” The way Russ blew his horn mixed with his dope beats astonished the crowd.

I mistakenly discovered the Nola funk band Earphunk, because I went to the wrong stage looking for Bright Light Social Hour. I was so impressed with them that I stayed for a handful of songs cuz I could not force myself to leave. Earphunk calls themselves Progressive funk or Prog Funk.

Similar to Jazz funk it melds rock, pop, jazz, ambient, with some funky funky Funk.  Looooved jamming out to them, so catchy and hypnotic. I missed a bunch of Bright Light (who I adore) for them, but it was so worth it.

It is so hard to pick a fave show, but the Aussie duo Hermitude might just be it!

So hard not to dance to these electronic, hip hop and even a bit of funk groovers. They play the piano & drums while sampling and people were gushing about them after the show.

Dumpstaphunk brings more souls to the stage than the Grim Reaper.  This insanely talented and deep Nola jam band was love at first sound. They ring their own horns proclaiming: “Dumpstaphunk stands out among New Orleans’ best as one of the funkiest bands to ever arise from the Crescent City.

Born on the Jazz & Heritage Festival stage, and descended from Neville family bloodlines, these soldiers of funk ignite a deep, gritty groove that dares listeners not to move.” I could not agree more as I am still dancing when I type this.

Last and never least was Manic Focus, another groups that makes you dance like there is a gun to your head.  Watching them adeptly play the violin, drums and sax was a true honor. 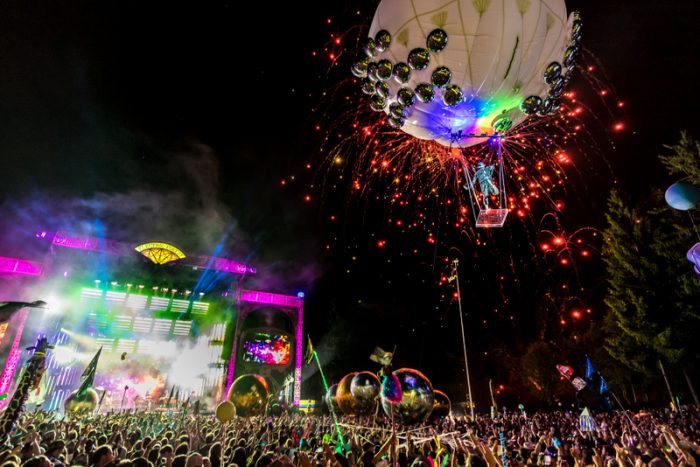 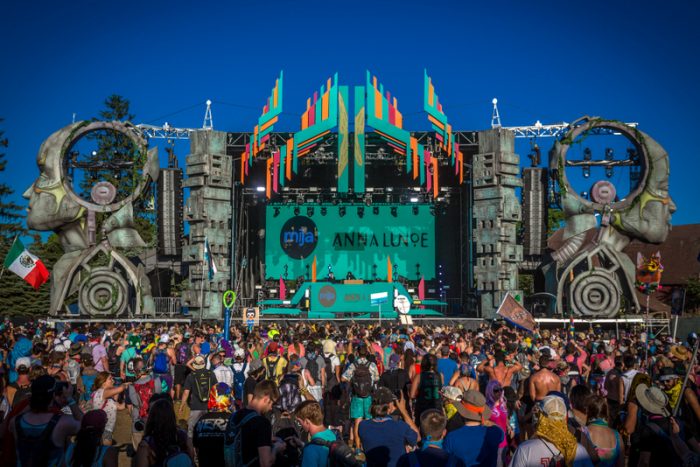 I am still gushing over the Forest. My only complaint is that it was so terrific and mesmerizing, that I was crestfallen when I had to leave.

If you are looking for one festival, one experience and one event to save up for, then Electric Forest 2017 is it! See you next year Foresters.