Insomniac Events’ EDC Las Vegas 2020, is expanding its grounds this year and for the first time ever will include the entire Las Vegas Motor Speedway as its festival grounds. One of the largest excitements this has created is the expansion of two popular stages, Neon Garden and Quantum Valley.

EDC overall is equipt with 8 extravagent stages, and multiple art cars. Insomniac puts immense hard work into its stages to create beautiful megastructures for all to see. EDC’s main stage, Kinetic Field, has taken on many artistic forms. From a large majestic owl that blinks along to the music to two humans holding up a beautiful laced heart to most recently two women’s heads with their eyes closed and hands placed together at peace. This stage has featured legends such as TIËSTO, Timmy Trumpet, Zedd, Deorro, and more. 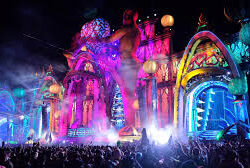 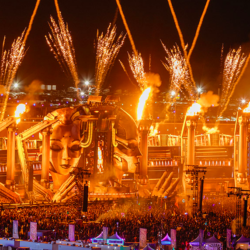 The seven other stages at EDC all take on certain genres keeping the festival insanely creative and musically diverse. Wasteland is the festivals hard dance stage. His stage brings fans the harder styles of dance music and has kept its majestic winged stage for many years. Artists such as Da Tweekas, Wasted Penguinz, DJ Isaac, Brennan Heart, Lil Texas, and more have all packed this stage to show America what his style has to offer. 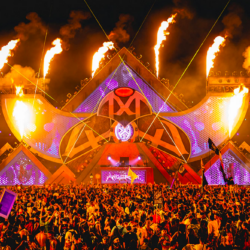 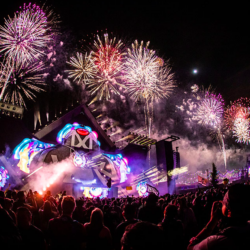 Next on the map is BassPod; EDC’s bass music stage. This stage has a very unique set up composed of one main stage then large pillars that follow the stages theme lighting fire in multiple places within the crowd. 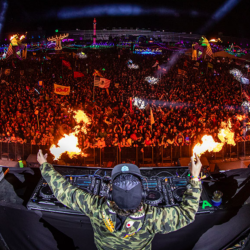 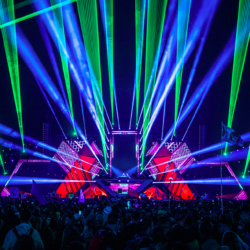 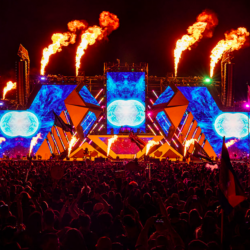 The second biggest stage behind Kinetic is Cosmic Meadow. Hosted by HARD events, this stage sits on the lawn of the speedway facing the bleachers and gives fans a chance to take a breather while watching some of their favorite artists. Not only has Bill Nye the science guy packed this lawn but Cosmic Meadow has been shared by some of the dance music scenes hottest DJ’s/ producers. 4B, Malaa, Joyryde, Chris Lake, and Valentino Khan to name a few.

Check out Valentino Khan at EDC 2019!

Next, we have Quantum Valley and Neon Garden. These two sages will be larger than ever before giving fans more room to dance and explore. Hosted by Dreamstate and Factory 93, trance and techno lovers will definitely have something to look forward to.

One of EDC’s most interactive stages, Circuit Grounds, is back featuring its infamous LED panels that surround the area, giving attendees a constant view of visuals to ensure the fun never stops. Artists such as Kayzo, Rezz, Steve Aoki, Martin Garrix, and Saymyname have all taken over his sage, making it a fan favorite for many years.

Last but not least we have Stereo Bloom. This stage, curated by The Insomniac music group, presents sounds from known artists and up-and-comers alike preforming genres from house and tech house to bass music. Last year’s stage featured artists such as Gentlemens Club, Holy Goof, Tioski, Kaiwachi, and more. 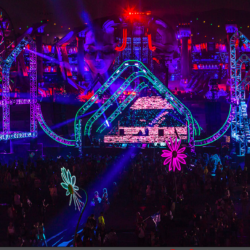 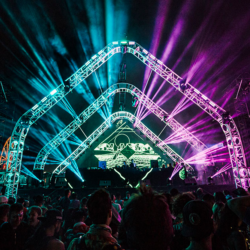 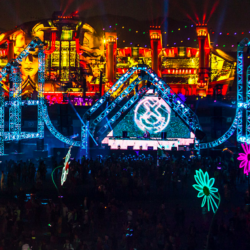 Another amazing edition to EDC is the Art Cars! As explained by insomniac, “From glowing buggies to massive party ships, these mobile sound systems can be found roaming the Speedway, broadcasting all forms of dance music.”  They even host special guest sets so exploring the grounds may come with a surprise! 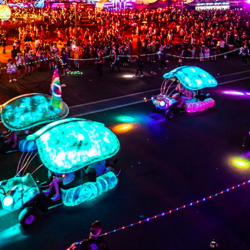 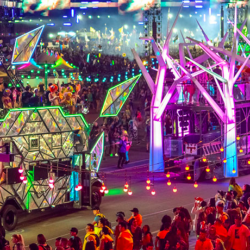 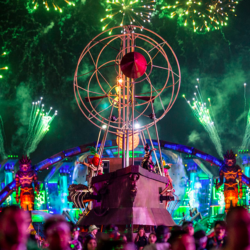 EDC Las Vegas has sold out for its 10th anniversary however, you can join the waitlist here for your chance to score tickets. All too often, if you make your way to Vegas for EDC Week alone, chances are you are going to find your ticket into EDC Las Vegas 2020.