Music Therapy: The Science Behind the Life Changing Effects of EDM

Many of us consider music as a form of escape from everyday life – a type of therapy, if you will.

So many of us are ridden with so much anxiety, depression, or even just the mundane stresses and worries of everyday life.

Without music, we wouldn’t be the same.

Music is not only therapy for the weak and weary, but it can also heal those with mood disorders and learning or developmental disabilities such as autism, dementia, Parkinson’s disease and more.

According to the American Music Therapy Association:

Music therapy is an established health profession in which music is used within a therapeutic relationship to address physical, emotional, cognitive, and social needs of individuals.

What does music therapy have to do with EDM?

The main components of music therapy include listening to, singing along with, and dancing to all kinds of different music.

And what succeeds in getting you on your feet better than electronic dance music?

Psychology Today’s Jaime Cundy BSW, MAPP is one of the few researchers who has taken the time to explain just why EDM is changing so many people’s lives.

After her first encounter with a rave at the age of 13, Cundy experienced firsthand how incredible and unique the EDM community is and was instantly intrigued.

She took the time to travel all over the world to many different types of EDM exhibitions including underground trance parties in South Africa and drum and bass shows in Thailand.

Her conclusion led her to believe that EDM is universal and is changing the hearts and lives of people around the world.

Cundy has researched EDM shows, artists, and fans alike to find the answer to this question:

What is it about music, and the culture surrounding it […] that makes us human […] and makes our life worth living?

In pursuing her hypothesis, Cundy has taken a “Positive Psychology” approach to her research on the effects of EDM.

Simply defined, Positive Psychology is the study of human happiness.

With the main topic focusing on well being, Positive Psychology encompasses five different mantras that Dr. Martin Seligman defines as:

When you place the acronym PERMA and the EDM motto PLUR side by side, their similarities seem to be almost too much of a coincidence.

PLUR originated in the 1960’s during the free love movement. Although the hippies brought a few negatives to the world’s plate, they did manage to preach a few ideals that still hold true in our music and community today – acceptance and freedom.

Let’s tackle each of the letters in PLUR to further explore just why EDM is defying reality in every way.

These four words are a recipe for a beautiful mindset that if learned and practiced has the potential to change lives.

Every sub-genre of EDM reaches out to PLUR for guidance – even the filthy stuff.

Furthering our study of why EDM is therapeutic, Charles Q. Choi of Live Science writes that “the ear responds better to rhythms set by deeper sounds.”

The study goes even further taking a look into several different types of bass music.

Bass guitar in jazz and rock, the left-hand on the low keys of a piano, and the bass drums pulsating in EDM and other forms of dance music bring people to life.

It’s the bass that keeps us moving.

Laurel Trainor, Neuroscientist and Director of the McMaster Institute for Music and the Mind at McMaster University in Hamilton, Canada shares:

Music in diverse cultures is composed this way, from classical East Indian music to Gamelan music of Java and Bali, suggesting an innate origin.

This means that rhythm is both primal and universal.

It allows us to express ourselves as one body and one voice.

Trainor conducted an extensive research study with 35 people to examine their reaction to different pitches and tones of piano music.

Her study (also covered in an article by the Huffington Post) discusses how even people with no music education could pick out mistakes in rhythm and connected most with lower notes.

What Trainor also discovered is that, not only is it universal, but rhythm is also an innate part of human biology and psychology.

The cochlea, a part of the inner ear, is what triggers these instincts, and scientists have observed just how much influence a lower tone – or bass tone – affects our brains.

Furthermore, according to Live Science and Dr. Trainor, music with low bass along with a high melodic energy is what appears to move us most.

Above & Beyond figured this one out when they began creating their popular podcast series known to the world as Group Therapy.

These weekly sessions are a voice to be reckoned with bringing thousands together in a trance hour that is designed to bring you into a world of recovery and harmony.

ABGT, as it is affectionately known, is a set progression of music that holds the power to make you groove, cry, dance, laugh, hug, and be free.

For those searching for ways to gain control over their life long battle with certain disorders, EDM and music therapy may just be the solution.

Music therapy techniques are individually designed to aid whatever problem the patient may be having.

Whether you’re listening, dancing to, or even making music, there is healing to be found.

No one knows that better than long time music maker and EDM producer Savant who has Asperger’s disease and has succeeded in creating more music in more genres than most people complete in a lifetime.

Producing changed Savant’s life, altered his mind, and admittedly fulfills his soul, allowing him to fully express himself in a way most people with Asperger’s and other similar diseases never imagined possible.

Not only does Savant’s music making skills aid him in managing his life, it gives him an outlet for his insane talent and genius.

To him, music is about reaching new heights and trying new things.

Music is creativity and humanity rolled into one.

Being able to produce just about any genre of music doesn’t just make Savant a musical prodigy, it makes him an inspiration for others like him.

In November, 2013, We Are EDM posted this tweet of a boy who personally experienced the healing benefits of EDM:

“At 8 I was diagnosed w/ Asperger’s. #EDM helped break out of my shell now I DJ and have broken the stereotype!” pic.twitter.com/jXZUHeoBdy

If that doesn’t prove that EDM is shaking the world, then keep reading.

Insomniac Events has posted a pre-movie interview with Brandon Ross about a documentary known as Before We Were Kings – due out later in 2015.

The conclusion Ross came up with is that turntables and dance music in general are bringing people to life.

Can music start being prescribed instead of Xanax [or other things]?

That is the question explored in the film.

The documentary came about when Ross figured out that his socially anxious DJ friends were becoming more and more extroverted as they traveled deeper into mixing music.

Not only did Ross speak to the DJs themselves, but he dove even deeper into the subject by reaching out to music therapists and neurologists to discuss just how crucial music (and DJing) can be to combatting social anxiety, depression, autism, speech impediments, and even more.

Check out the full interview between Insomniac Events and Brandon Ross and keep up with information on the upcoming release of Before We Were Kings by clicking here.

The Alzheimer’s Society of the United Kingdom adds to this notion by discussing that people with Alzheimer’s who listen to music and participate in dance show decreasing signs of anxiety and depression.

This further applies to people who suffer from anxiety or depression, bipolar disorder, and many other mood disorders.

The fact that music can decrease depression in humans by 25% has been substantiated by empirical, scientific data for years. 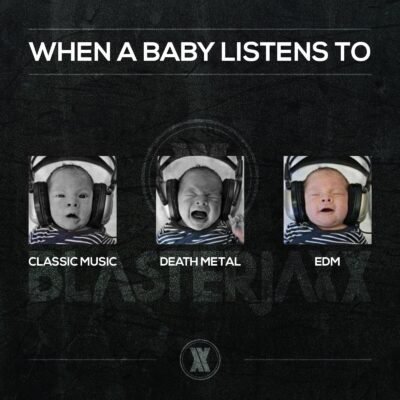 Music is the medicine of the soul.

The Raver’s Manifesto says it best:

We seek to relinquish our inhibitions, and free ourselves from the shackles and restraints you’ve put on us for your own peace of mind. We seek to re-write the programming that you have tried to indoctrinate us with since the moment we were born.

Until the sun rises to burn our eyes by revealing the dystopian reality of the world you’ve created for us, we dance fiercely with our brothers and sisters in celebration of our life, of our culture, and of the values we believe in: Peace, Love, Freedom, Tolerance, Unity, Harmony, Expression, Responsibility and Respect.

We aren’t kidding when we say music has the power to change lives.

The world is a bleak place.

It is full of judgement, discrimination, and darkness.

There are so many reasons for us to sink down with the rest of the world, but why would we when we have our music – and each other – to connect us to something more meaningful and healing than we ever thought possible?

There is just something magical about the music and the experience that will forever keep us coming back.

For all your music therapy needs, be sure to follow us on SoundCloud today, and remember:

Goldfish is one of South Africa’s most prized possessions.  Every Sunday starting in November at Shimmy Beach Club in…

4 Responses to "Music Therapy: The Science Behind the Life Changing Effects of EDM"